17 Most Anticipated Portland Bar and Restaurant Openings of Summer 2016

New Portland restaurants typically prefer to open before Memorial Day. Once that summer sun hits, tourists show up and Portlanders emerge from their hidey-holes. But for whatever reason, a bunch of new Portland spots aiming to open this spring—or, in one case, last summer—are just now ready to crack their doors.

Here are the 17 upcoming openings we're most excited about. 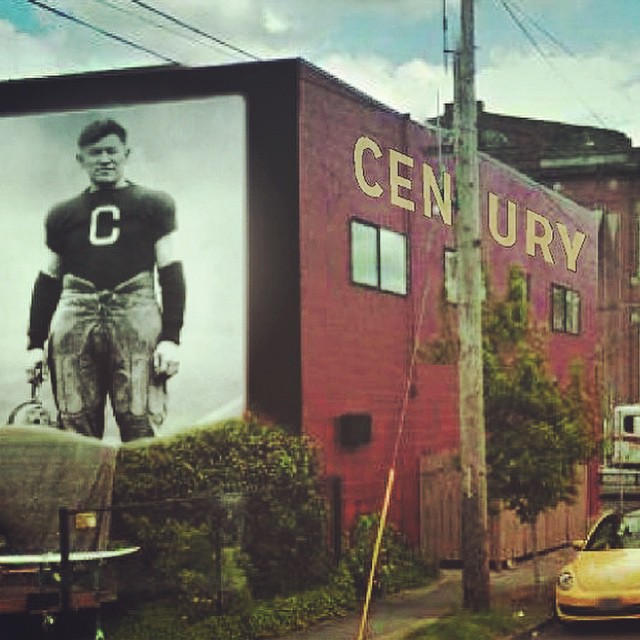 The place: An enormously ambitious, massive Central Eastside sports bar and event space with a fire pit, a second-story rooftop deck, multiple public bars, a private balcony and bar, a giant painting of Johnny Unitas and mural of Jim Thorpe, retractable bleacher seating with huge projector screens for movies and sports, and—dear Lord, are we forgetting something? 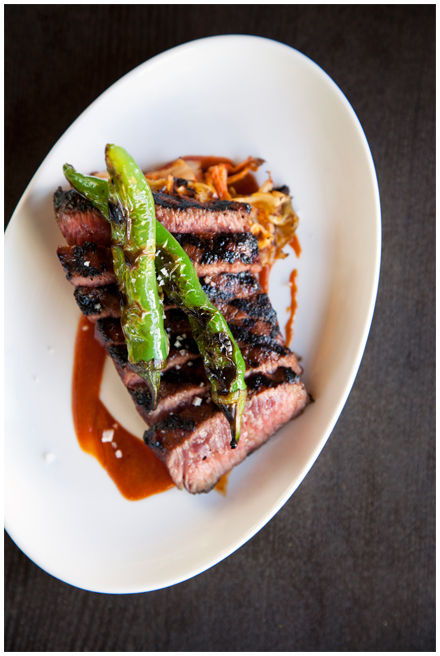 The place: Expect late-night Korean-influenced bites from high-end Seattle chefs Yang and Chirchi, with a DJed soundtrack. They're being extraordinarily tight-lipped with details so far, but Yang's previous spots Trove, Joule and Revel have included Korean parfaits, rotating noodle dishes, and French-influenced Korean fare (or vice versa) like konbu-cured ribsteak with sea grape and black vinegar, and Korean-spiced tartares. 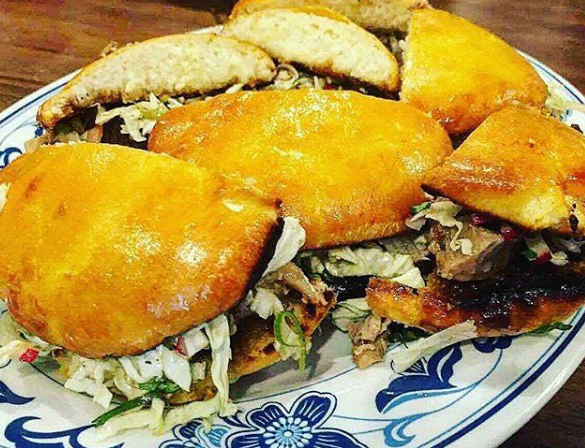 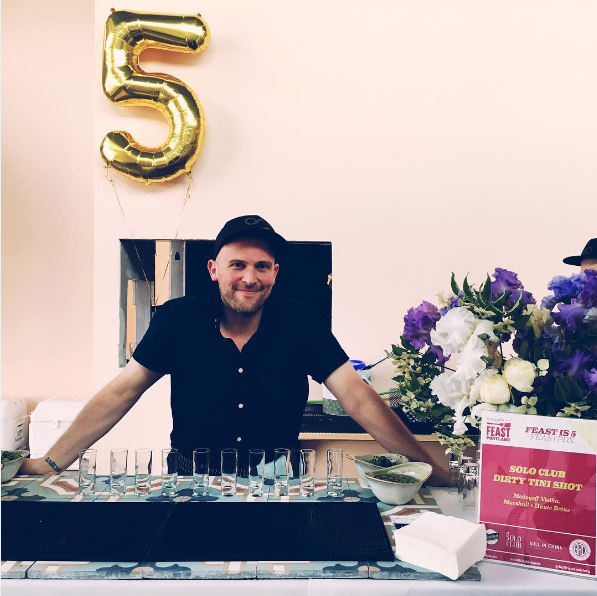 The place: Solo Club is planned as a cafe and bar to complement neighboring Besaw's, the brunch-and-dinner spot that moved from its century-old historic location to a new one on 21st Avenue earlier this year. In the mornings, it'll serve as a coffee-and-pastry way station for those waiting in the Besaw's brunch lines, happy hour begins during the Besaw's afternoon hiatus between brunch and dinner, and an amaro-heavy liquor and Asian-influenced small plates menu will be served at night until 1 am. 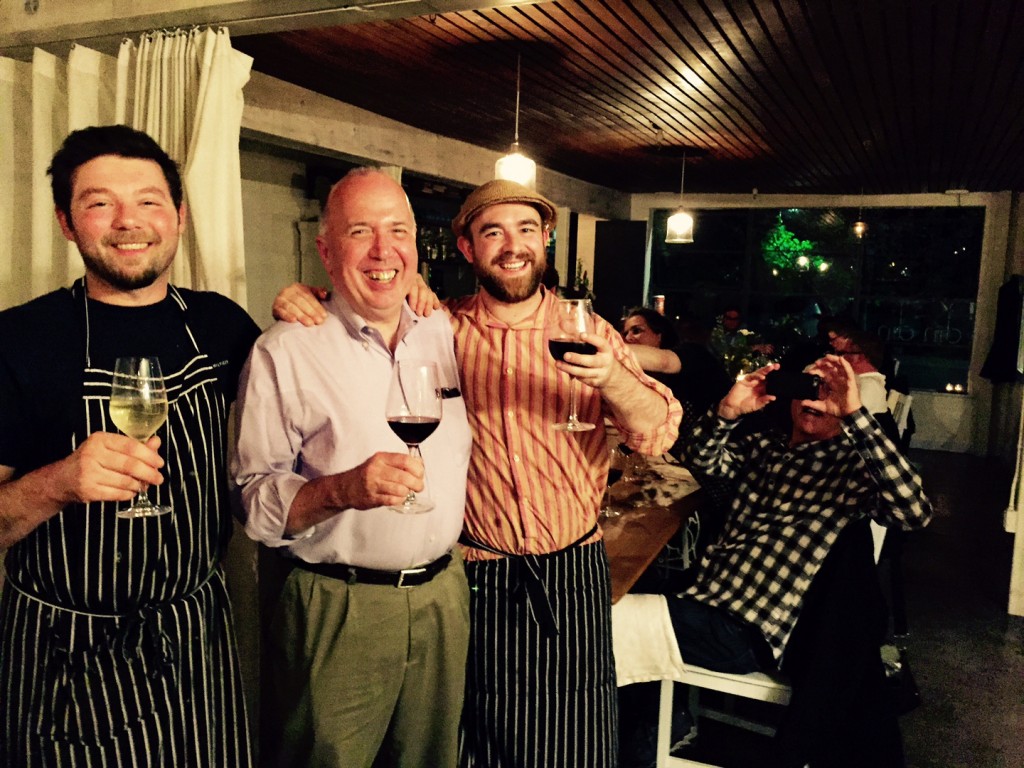 The place: Smoked! Food! Using a big-ass 8-foot grill, Bar Casa Vale will make smoked food and Spanish-influenced seafood plates, and so, so many sherries—because all Portland liquor is Spanish now. Following Tilden and Schwartz's longstanding habit of spinning off their chefs and bartenders into new restaurants, Clyde Common vet Louis Martinez will run the kitchen. 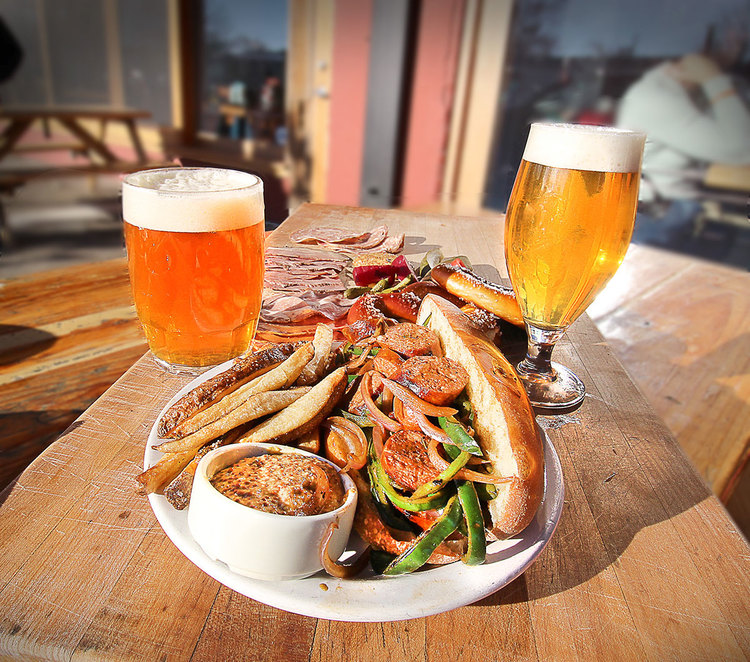 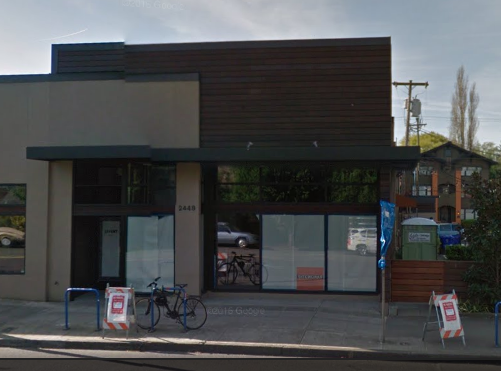 Expected opening: As early as mid-June 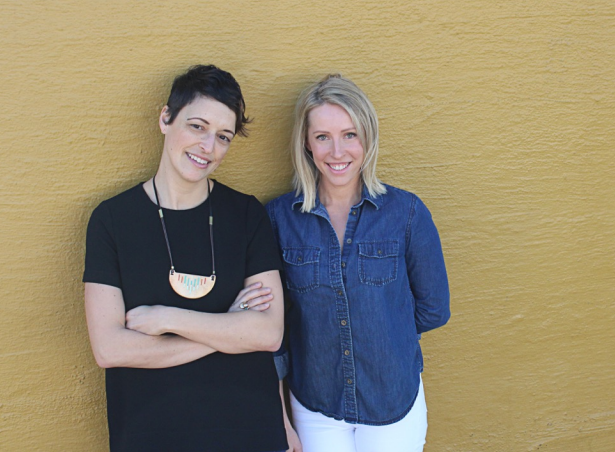 The place: A restaurant and wine spot with a strong focus on funky, interesting natural wines both local and European—including a list of about 20 sparkling wines—with dinner five nights a week from a menu put together by former Ava Gene's chef de cuisine Sam Smith (see Tusk, above). 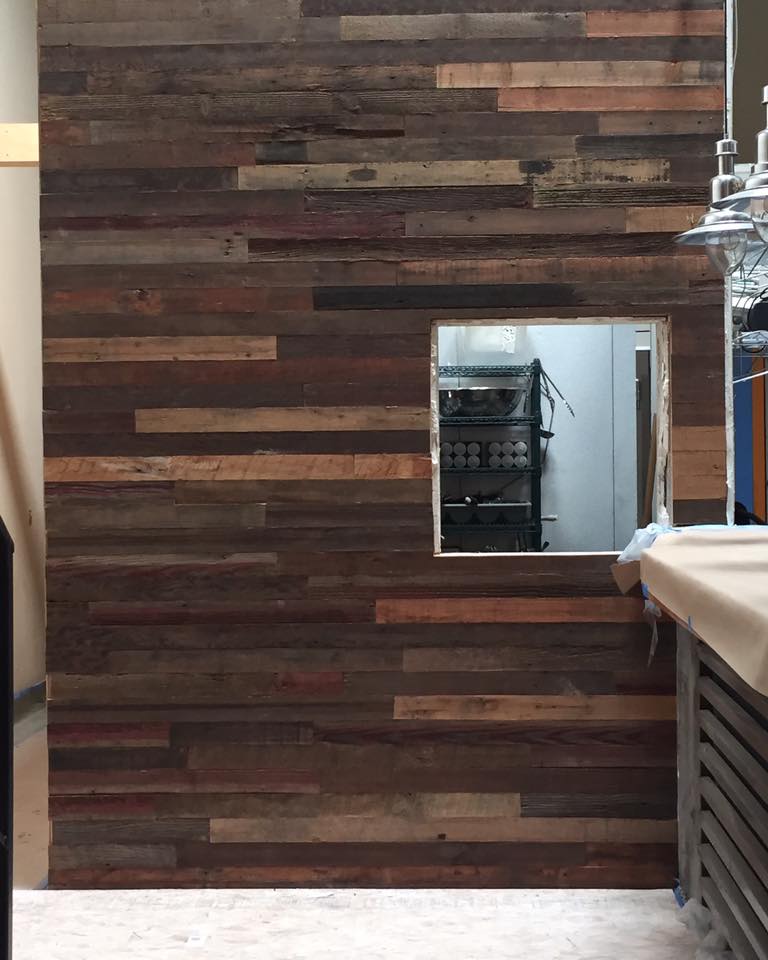 The place: A fresh, local seasonal spot helmed by former Ava Gene's sous chef Bill Wallender. The ownership from Mac! Mac & Cheesery—which lived on Mississippi for five years—remains the same, but it appears that all other aspects of the space are being utterly rearranged and upscaled.

Location: 4500 SE Woodstock Blvd., next to the New Seasons

The place: Down from the New Seasons, Double Mountain will bring 20 taps of Double Mountain to Portland—so your DM will not be limited to the Hop Lava and IRA and Kolsch that seem to be on tap at…every single bar in Portland. That much-celebrated pizza will also be around—and while people who say it's better than Scholls' are sorta nuts, it'll certainly be the best pizza that Woodstock has ever seen. Oh, and apparently the bar staff was given an allowance to buy old vinyl. So let's hope the bar staff has really, really good taste.

Location: Northwest Quimby Street and 21st Avenue, next to the New Seasons

The place: Please Louise will enlist a Bakers Pride electric oven to make artisan-style pies falling somewhere between Apizza Scholls and New York in general—it'll start with a stock of six different 14-inch pies (we had a pleasant sample margherita while it was still working out the kinks, plus a job with sausage and fontina) and some fancy charcuterie like trout rilletes, tri-tip tartare and duck liver brulee. Expect a series of seasonal veggie small plates as well, for the meat-impaired.

The players: Gestalt Haus has two other bars like it in San Francisco before the owners moved to Portland.

The place: The owners of Gestalt—a bike-obsessive San Fran bar so well-loved that bike maker Marin named a line of bicycles after it—moved to Portland this year. They brought the bar with them, which will open in the space formerly filled by Eugenio's. Expect sausages "from vegan to veal," a beer list splitting time between authentic German and local craft, German apéritifs from Underberg to Jäger, and some one-of-a-kind bicycles hanging from the ceiling that will actually be for sale on the bar's food menu. One of the two owners works at River City Bicycles, so expect plenty of bike events and bike rides to jump off here. 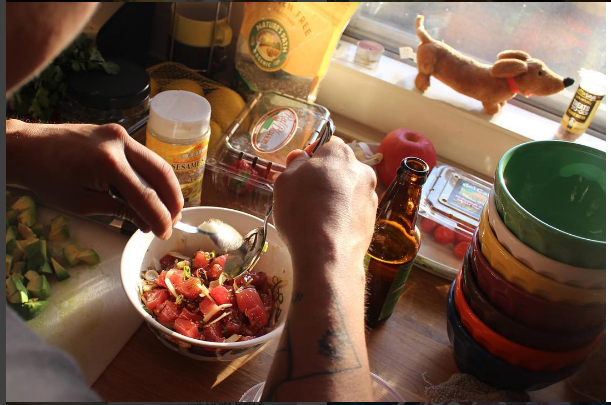 The place: A spot devoted to poke, created by a bunch of skaters and talented chef Colin Yoshimoto, who has worked with some of the best sushi chefs in town (Mirakutei's chef Hiro, Nodoguro's Ryan Roadhouse) in addition to keeping Nong's Khao Man Gai going smoothly for years as general manager. Expect a cool-conscious hall of citrus-cured tuna bowls, beneath one of Portland's only new apartment buildings to actually be architecturally charming. 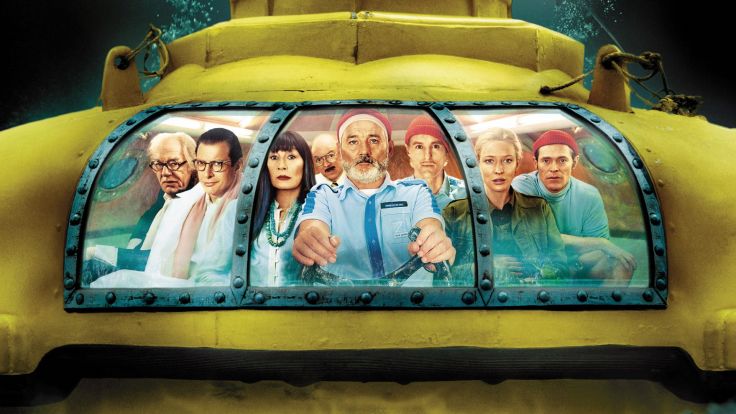 The place: Jacqueline, in the old St. Jack space, is named not after the former French restaurant but the submarine in The Life Aquatic With Steve Zissou. The two former Multnomah Whiskey Library chefs will be trying to blur the lines between front and back of house, server and cook, with a seafood-heavy menu (life aquatic? Get it?) with farm-to-table Pacific Northwest-style food, from veggie plates to pasta to oyster crudo. "Portland is so meat-heavy, masculine," says Hanson. "We want to do something lighter." 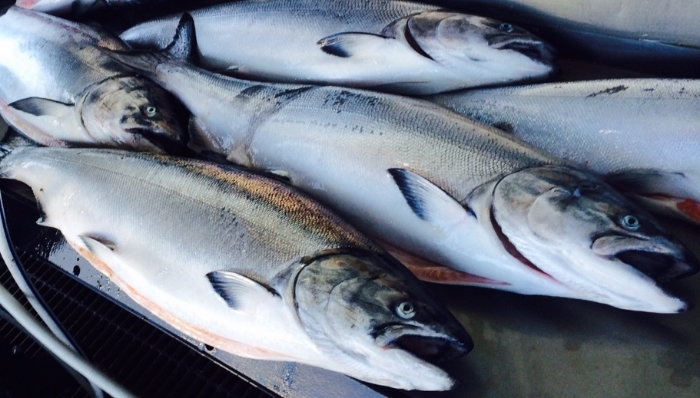 The place: Andrew Mace left his post as chef de cuisine at Le Pigeon this May toserve fish. In a cart. At the edge of the Pearl. From the small-boat fishermen of Garibaldi, Ore., via Community Supported Fishery. And by fish we mean fish like, say, salt and pepper shrimp. 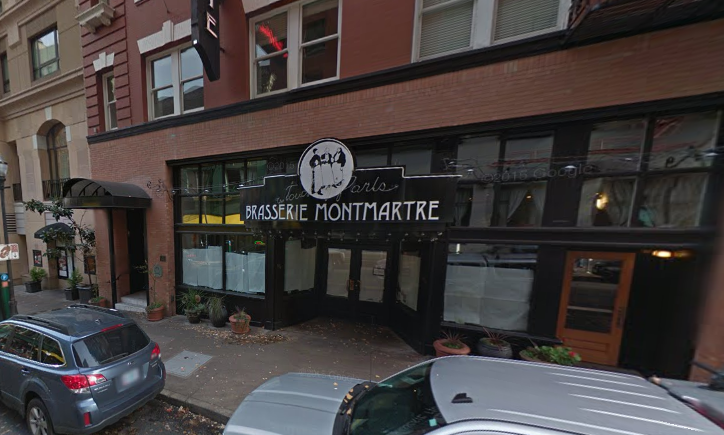 The place: The eternally closing and opening Brasserie Montmartre, the iconic Park Avenue building once home to Portland's most aged and famous French restaurant, will reopen with a different French name: Bardot. On one side, it'll be a wine shop called Park Avenue Fine Wines, while the wine bar will channel the "'60s sexiness" of French pin-up Brigitte Bardot. It'll act a bit like a hotel bar without a hotel—serving as jumping off point and concierge for the West End's various restaurants.