Windows of the World, the restaurant at the top of the World Trade Centers, was Anita Kealey's go-to spot when visitors came to stay with during her studies at Parson's School of Design.

For her sixth year showing in Portland, Kealey turned the overwhelming pain she feels when she remembers the Towers falling into her inspiration.

It started with a painting that the South Dakota designer commissioned for her interior design firm, titled Windows of the World. She fell so in love with the art piece that she kept it for herself, and after years of it hanging in her home, Kealey made it into a textile. 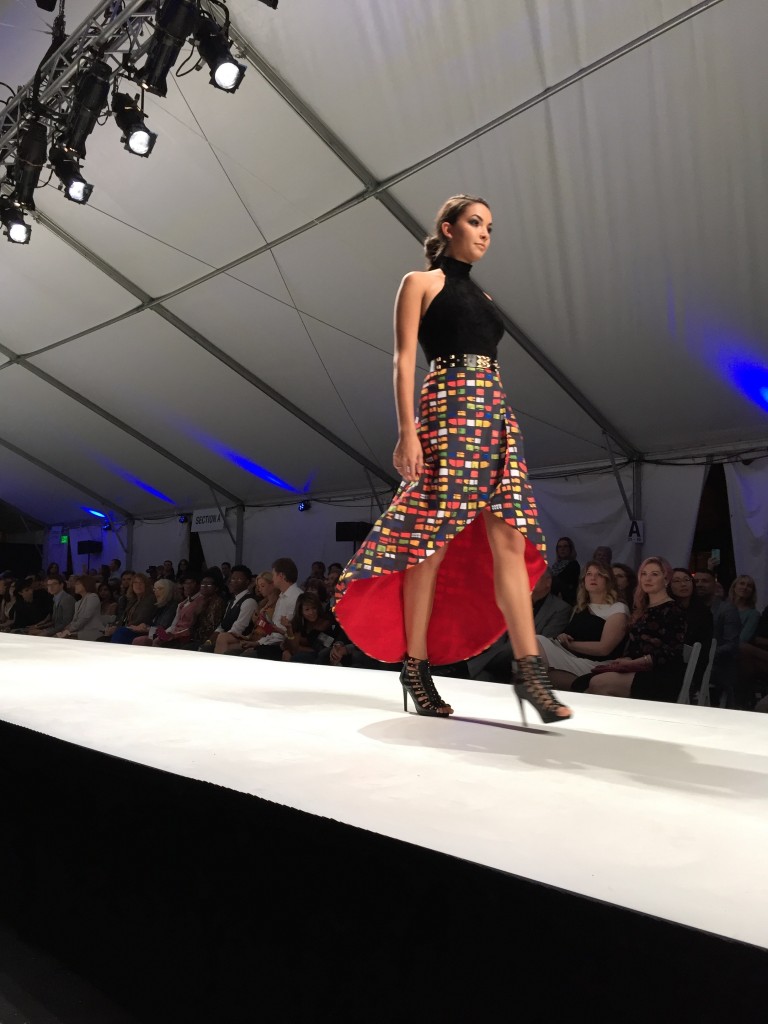 That painting-turned-print is the foundation of the collection she debuted at FashioNXT on Friday night. First it's in black and white, then earth tones and finally bold primary colors. "It's like the sun coming up and then we find a solution," she says.

Walking to jazzy remake of Dionne Warwick's 1967 song "Windows of the World," Kealey's models showed a mix of tassel-heavy and 60s-inspired ready-to-wear looks. The result was a brief but bipolar 11-look blip in the middle of the show.

On one side: a lace-up and over-accessorized beige trench dress, black trousers with cowboy fringe where the pinstripes should be and a red lace-up romper that showed the butt crescents of one of the night's more realistic body types. One the other hand: simple, geometric shift dresses and skirts in her Windows of the World textile on silk. The pattern does look a little like windows—2 inch-long, slightly irregular rectangles stacked to look like the side of a skyscraper. But you'd be forgiven for thinking it was a wobbly picnic tablecloth, too.

But there's no faulting Kealey's pure intention or work ethic. She teared up when she admitted that she hasn't had the stomach to return to ground zero even though she goes to New York up to 6 times a year. And when Liam Ridgewall from the Timbers stepped up as a model, she skipped the Thursday night show and stayed up until 5 am hand-stitching a menswear jacket instead. (Trouble scheduling fittings stopped him from actually walking).

A veteran of Portland's occasional fashion events, Kealey still isn't a headliner like Walter Mendez or Michele Lesniak. She lacks the showiness of German Madrigal's masked health goths or the volume of Dream Dress's wedding gowns. But as Kealey said of her lineup: "it's all about peace and harmony." A fashion week where this South Dakota living room/fashion designer can show next to Project Runway winners is exactly that–a little peek through someone else's window.

South Dakota isn't exactly fashion's Mecca. How does that work for you?

People think that there's nothing interesting—no diversity here—but we actually have a lot. There are the reservations and that indigenous mix of people. It's really like a melting pot.

How is working on commissions compared to designing for a show?

I do a lot of commissions—for politicians going to inaugurations, for athletes and people that are all ages. I designed uniforms for basketball teams like Timberwolves and for cheerleaders. Anyone can dress a hanger, the challenge is engineering for a real body, but I love dressing real people. I put them in my shows and people say, "she's not going to look right." One women I put in a show was really short, so I just put the models before and after her in flats and she wore really high heels. It worked!

Whats neat about FashioNXT is that it reaches people who are not normally into fashion. But fashion is really just what's relevant to whoever is wearing clothes. It's fun to be cutting edge but you have to be realistic too. In the end, the public decides what's successful, no matter what we put on the runway.

When I started in Portland, I'd just had people wear my designs at the Oscars and more awards shows. But in Portland it was all about sustainable designs, so I was really careful not to be glitzy. I created my green label, Lenzata, just for Portland at the green fashion week 6 years ago.

Has fashion changed here since then?

I don't feel the need to emphasize sustainability so much now. People here are starting to want more glitzy.

But I notice that the younger crowd on the street is definitely…freer. They have that loose style that attracts people to Portland. But I think they'll grow up and eventually admit to themselves that it's ok to be successful. Then they'll dress accordingly. 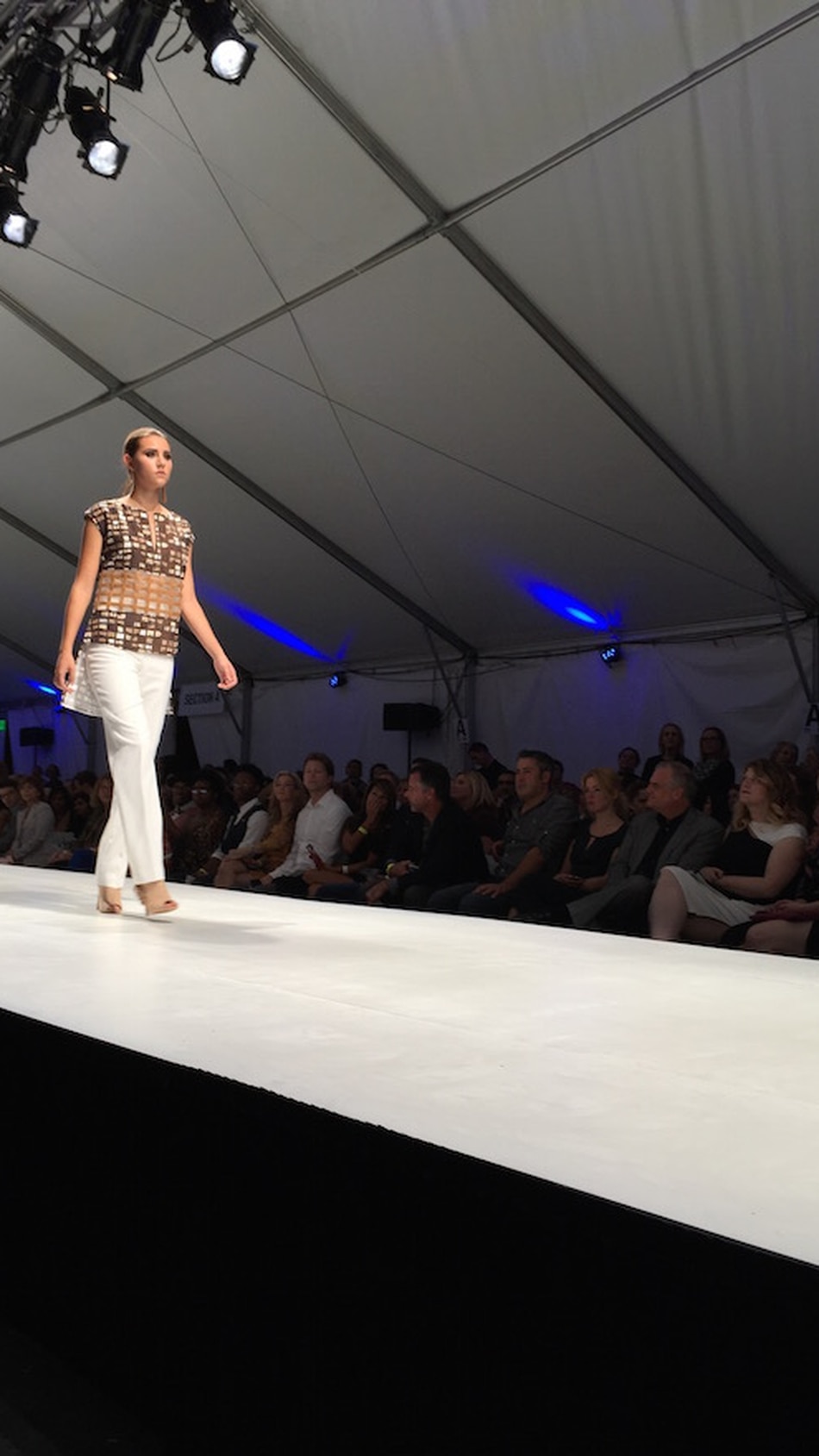 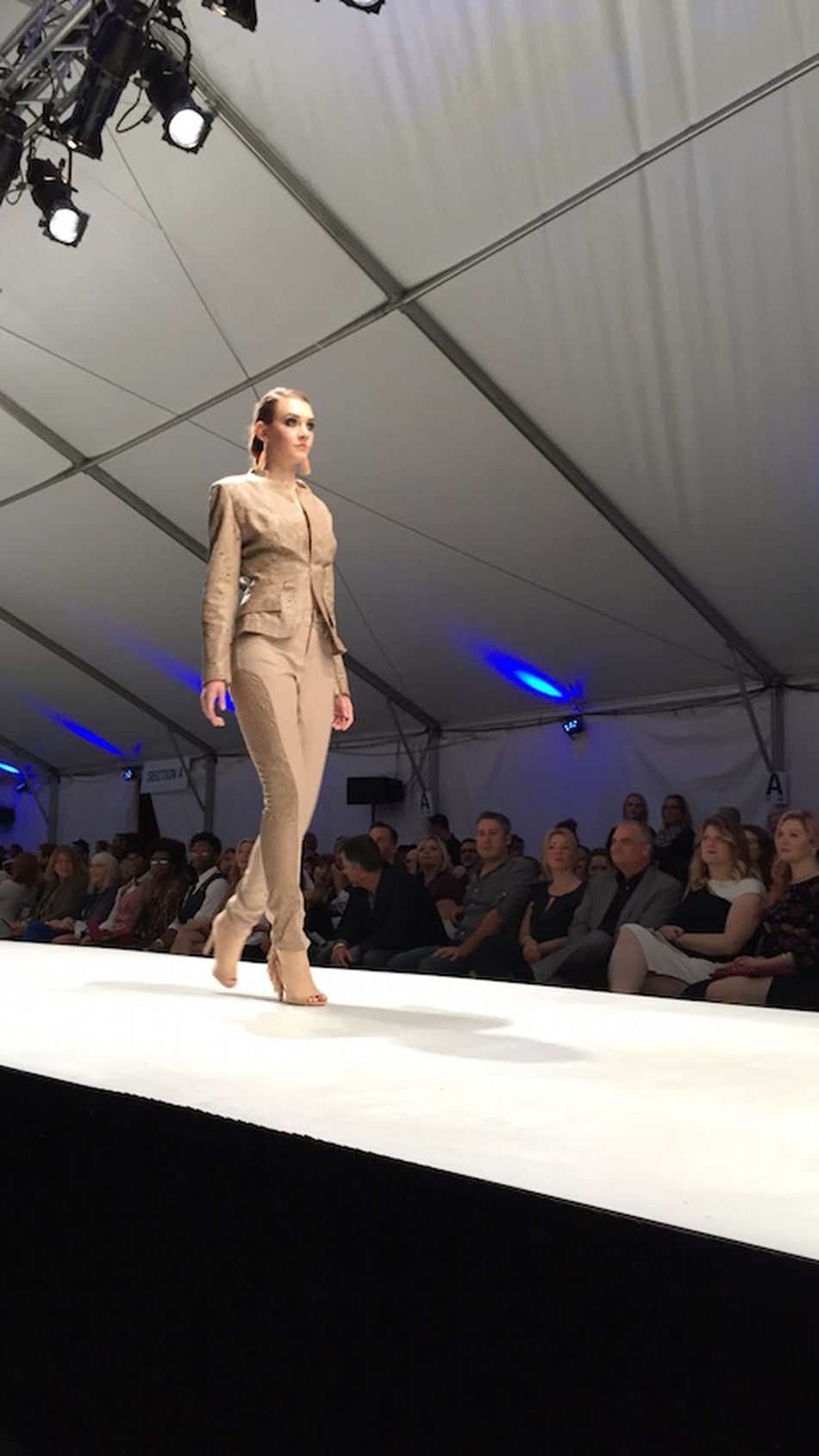 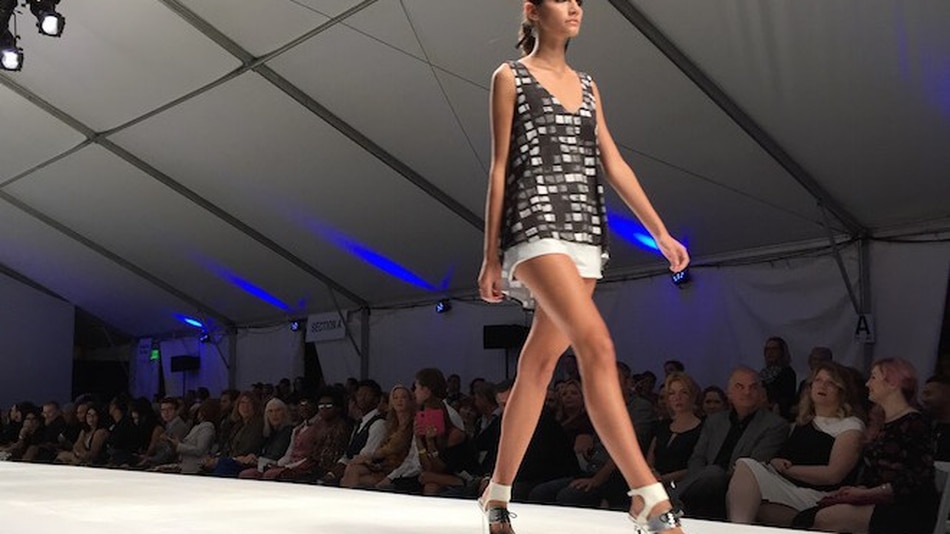 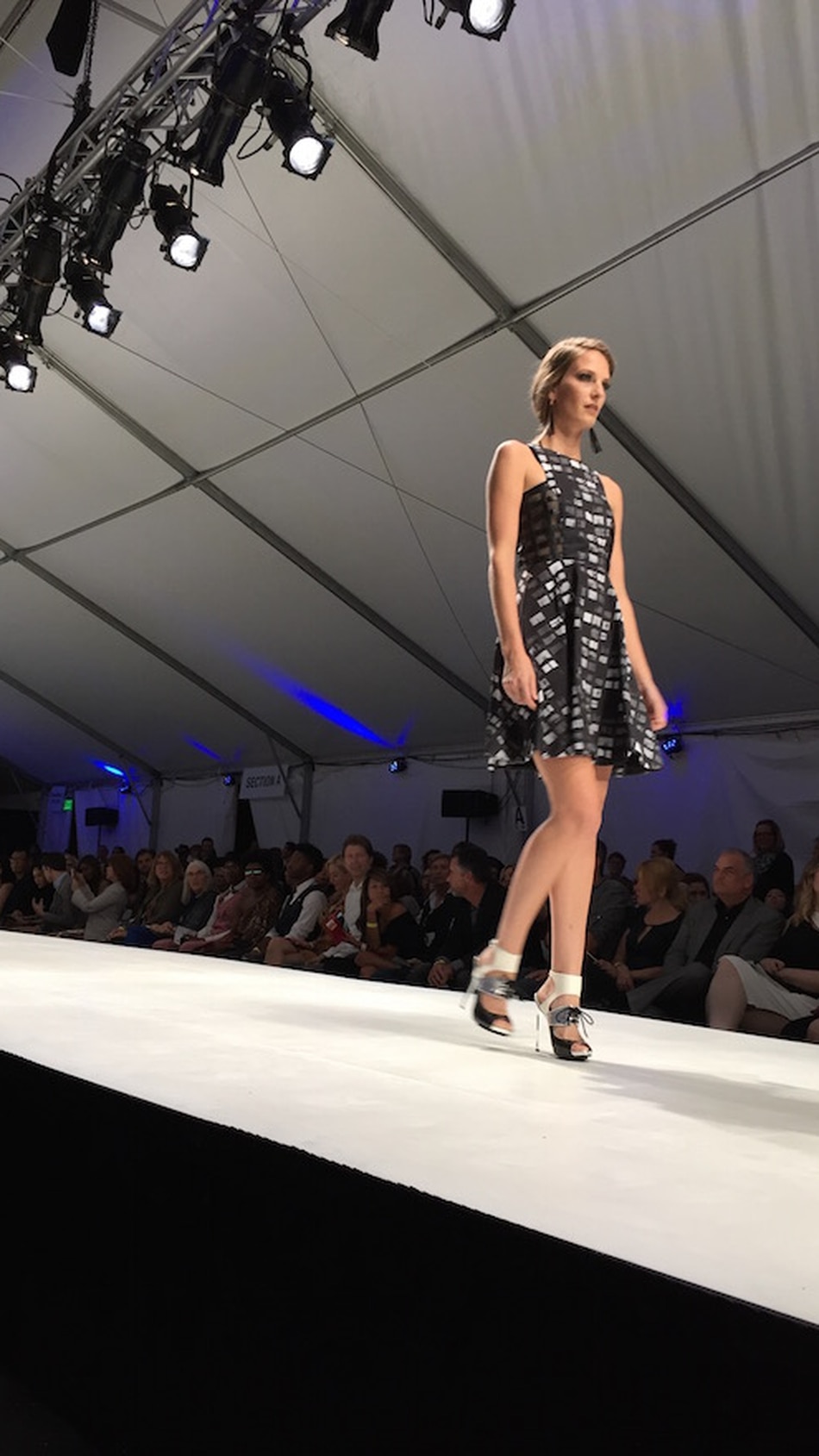 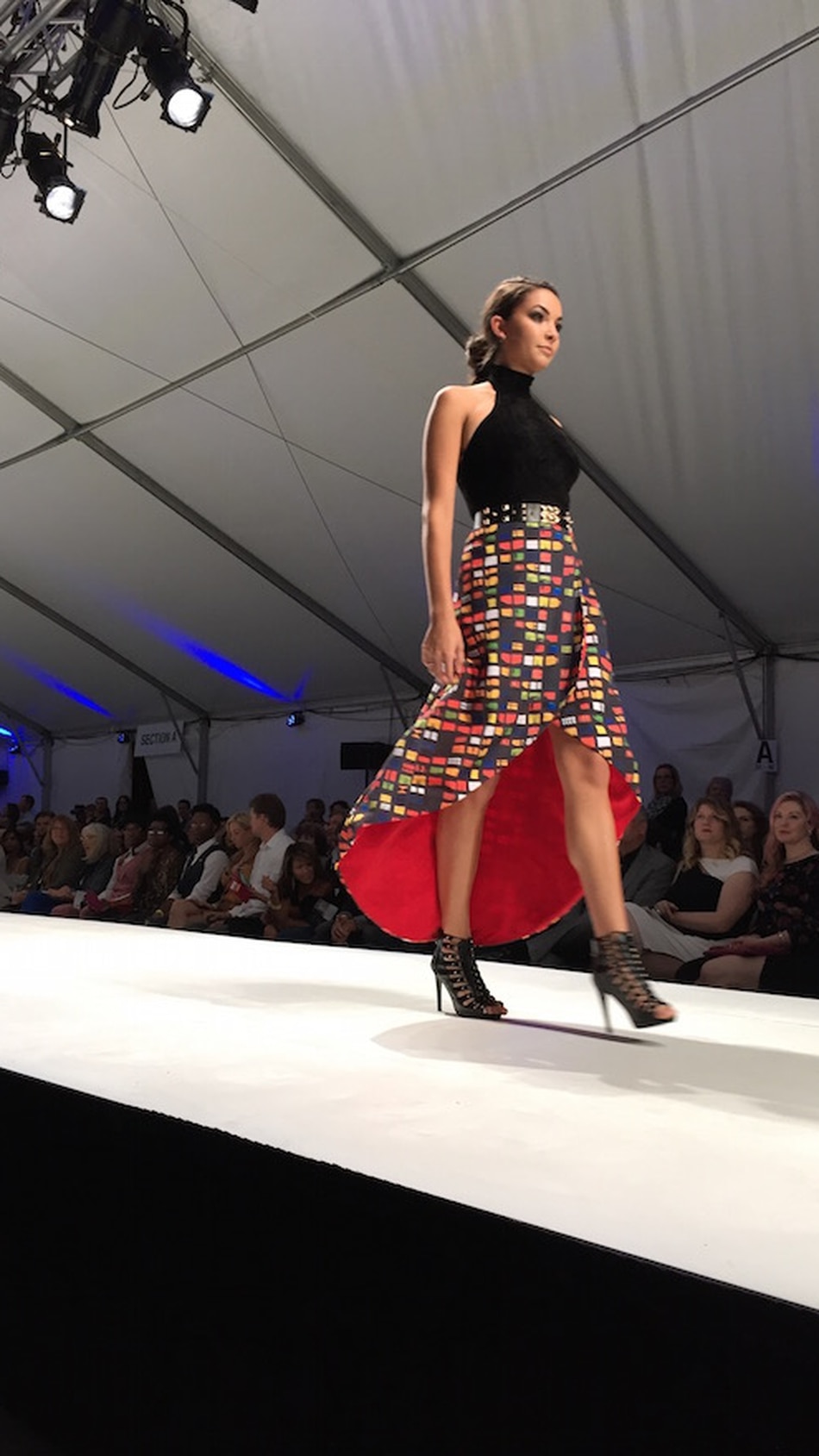 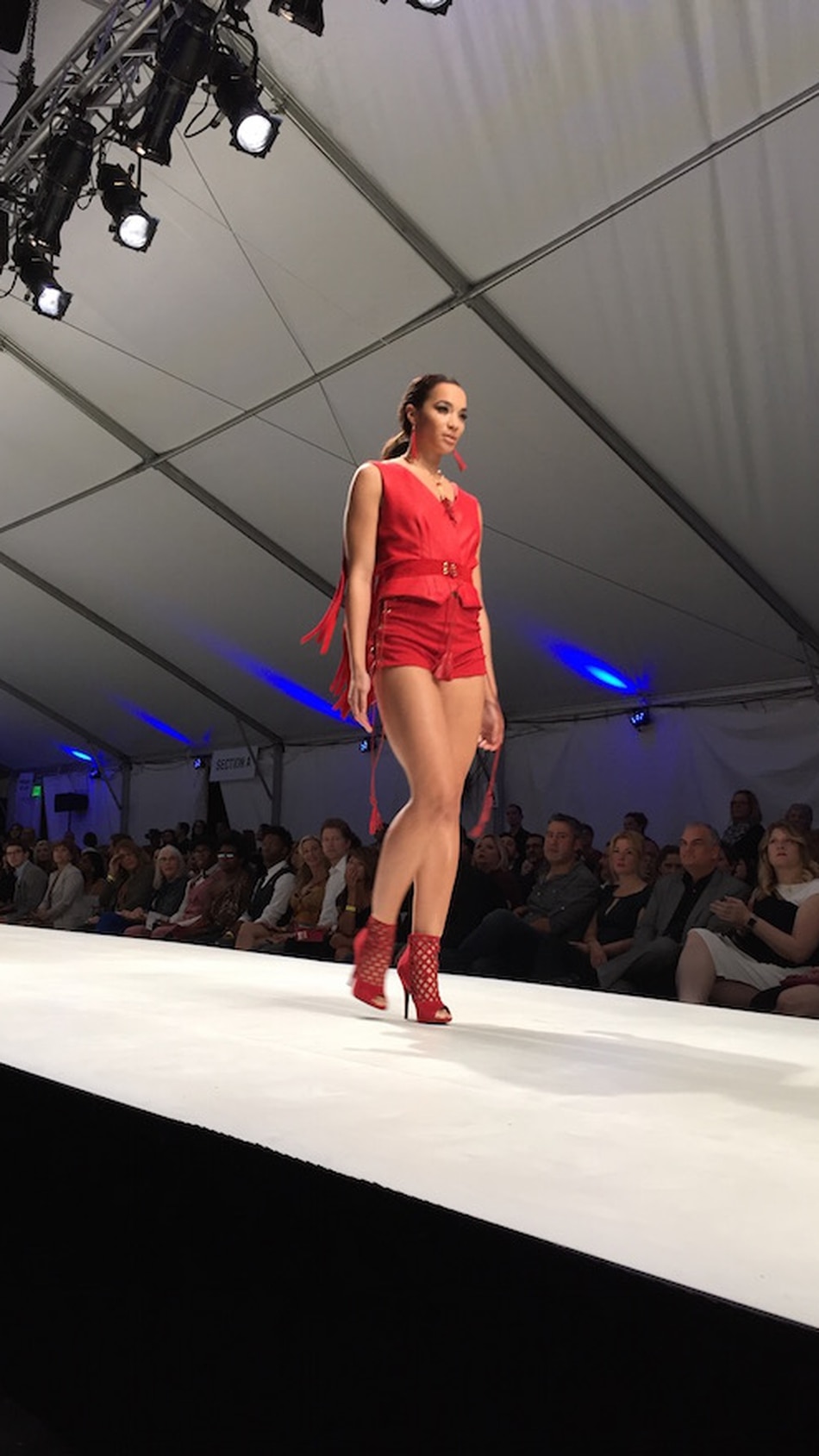 windows of the world