"I wanted to be a stereotypical stripper…just kidding!" she says about balancing being a single mom, releasing a new album with her band Bergerette, speaking at the Association of Writers Conference and writing a follow-up to her 2009 book, Magic Gardens: The Memoirs of Viva Las Vegas.

But her biggest concern is finding a babysitter for her 4-month-old the next three nights. Viva's family—disapproving pastor father and all—is flying in to see the staging of their fateful 1996 Christmas, when 22-year-old Viva visited home and "shit hit the fan."

"I'm really glad that there's a bar at the Star," she says.

WW: How did this Holiday-themed opera about stripping start?

Viva Las Vegas: I was dancing onstage at Mary's about three years ago, and this dude [director Christopher Corbell] comes in off the street holding my book and says, "Can I make an opera about you?" And I was like, "Sure, you big nerd!" 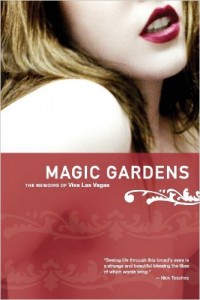 How do you feel about this touchy moment being staged?

The story makes a great opera—I went home for Christmas when I was 22, just out of college and trying to become a musician in Portland. My dad didn't know I was a stripper, and I hoped he wouldn't find out. But he did, and shit hit the fan.

You're college-educated. Why strip?

I joke that I'm the best-paid cultural anthropologist. That's my degree—I got a top-notch education and studied in places like Bali and East Africa. At the time, my peers in women's' studies were making damning claims about stripping, sight unseen. I believe you have to inhabit a culture and see it from the inside.

If I hadn't found the stripping stage so seductive, maybe my musical career would've taken off. I used to make lots of money writing, and now that's more or less dried up. Ironically, this is the more-viable career, and I can be my own boss in this industry. Sex work can be a godsend for entrepreneurial women. You're usually your own boss unless you're in a big club with management that's douchey.

What do you think of Portland's strip scene?

I love Portland's mom-and-pop clubs. It's about sincerity rather than just flesh here. When I went to New York City in 2001, [all the dancers] looked the same. In Portland, people would leave if that happened. Here, people go back to see the same dancers for years. It's not unusual for a dancer to work for 10 to 15 years, and the clubs are like family. 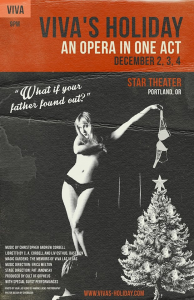 After 19 years, has your dad come to terms with your stripping?

It's still a bitter pill for him. My dad just wants to see me do anything with health insurance and retirement now.

But I still maintain that I'm following in his footsteps as a preacher. I preach, onstage and off, that everyone is welcome here, no matter their weird fetishes or criminal pasts or hideous politics. I can reach people who would never see my dad on his stage. Growing up, I saw how much hope he could give to people who had really screwed up their lives. I like to think I'm doing the same thing.

How do you manage everything?

I never have a boyfriend. That's how.