There's nothing miraculous about it. Staging The Miracle Worker alongside Crumpet the elf and multiple Christmas Carols could have ruined Artists Repertory Theatre's Christmas, but artistic director Dámaso Rodriguez knew what he was doing before the first casting call.

"I don't think I would've chosen it if I didn't know she existed," he says. He means 12-year-old Agatha Olson, who stuns as the deaf-blind lead. She's never taken a theater class, but when a young actor in Third Rail's 2011 The Pain and the Itch dropped out, Olson was recommended by a family friend because she was the same age. Going on to act with the likes of Portland Playhouse and CoHo Theater, she's never done a kids' show but is a veteran of adult performances like The Big Meal, where she met Rodriguez. This is her first lead role.

"At any given moment, there are only maybe 10 kids in the country who could play Helen Keller," Rodriguez says. 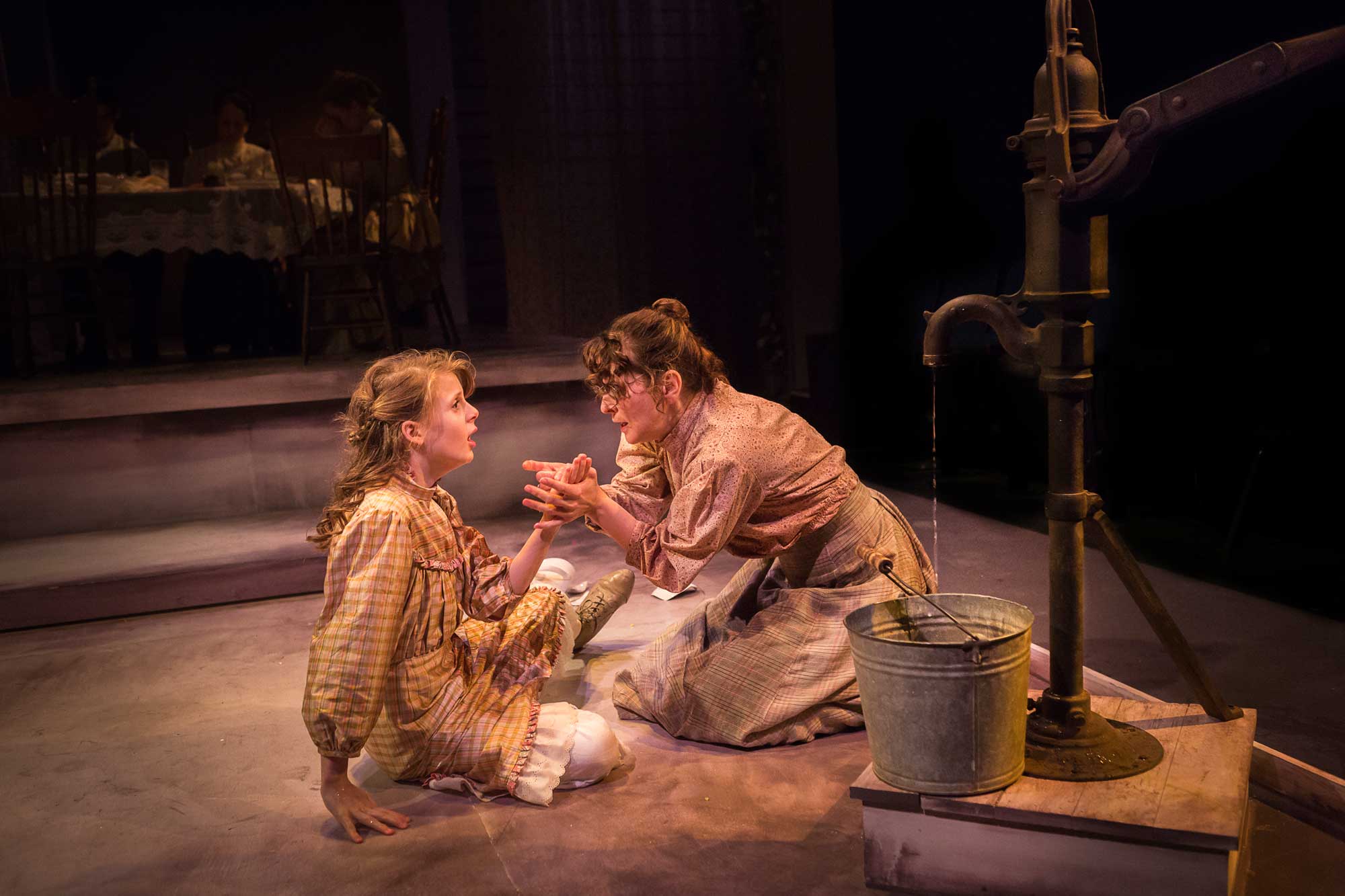 Early in the play, Anagnos (Michael Mendelson) says to Annie Sullivan (Val Landrum): "She is like a little safe, locked, that no one can open. Perhaps there is a treasure inside." "Maybe it's empty, too?" Sullivan counters, with the stinging cheek that Landrum delivers perfectly.

This Miracle Worker to grabs your insides long before Sullivan cracks her tempestuous charge, though. The veteran cast riffs on Gibson's minimal dialogue, adding brawls and well-timed comedy for a surprisingly gripping ride. Flashbacks add a ghostly effect, staged behind a curtain that only turns translucent when it's backlit. And just before the break, we get a chase scene that rivals Bond. Only this one involves a ceramic water pitcher and Sullivan wearing a bustle as she fields blows from the egg-spattered, explosive Helen. 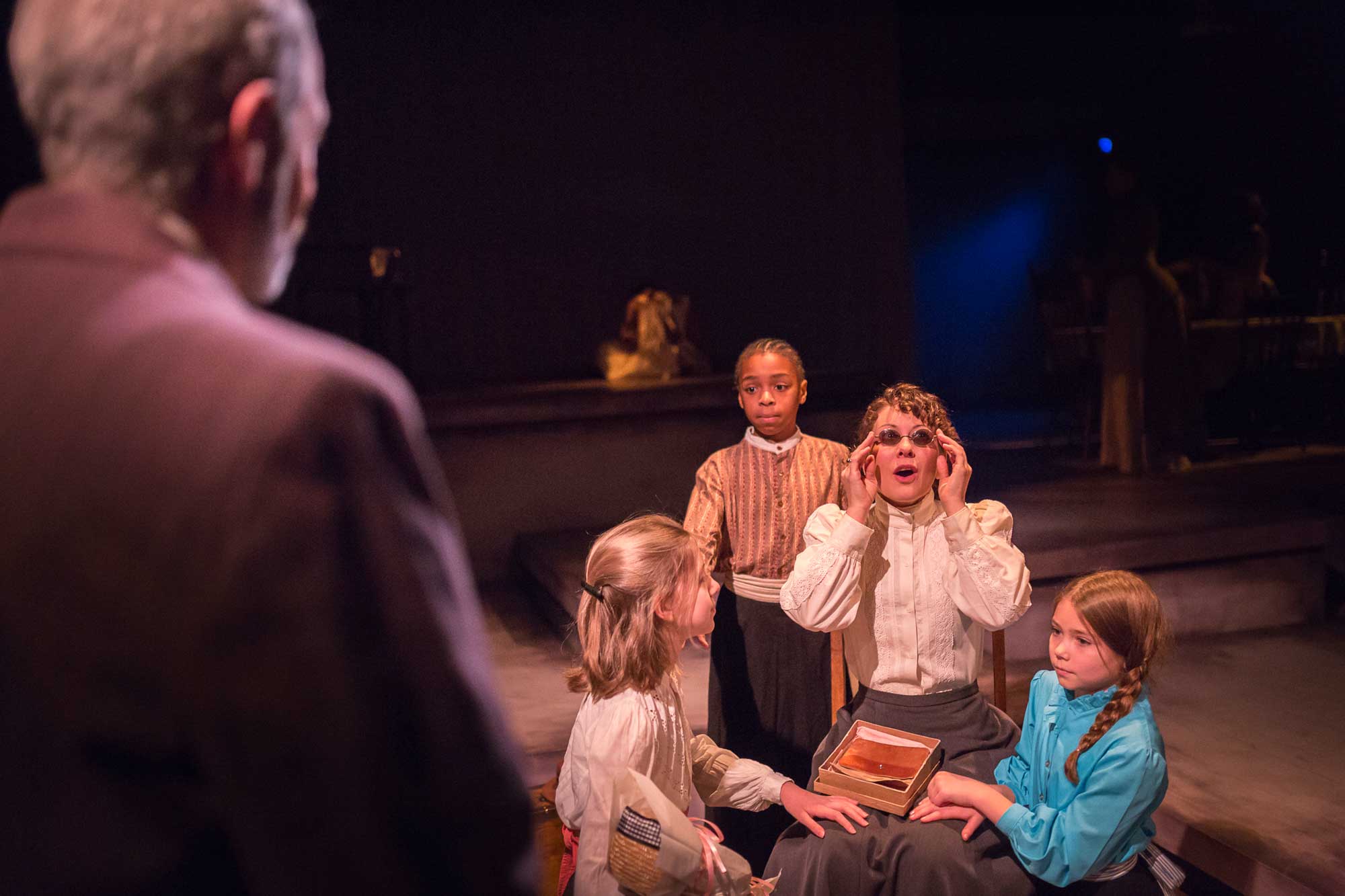 Make no mistake, this is a family show. It fits the Christmas bill because it's a story of redemption and family love, Rodriguez says. "People want to see something with spirit of the season," he says. "You feel better about the world when the play is over."

"They should install tissue boxes on every row," half-joked a millennial on opening night. "The Miracle Worker: brought to you by Kleenex."