A primer in indian film from DJ Anjali and the Incredible Kid.

At the desk of AP Film Studies, I pretend to know a lot of things, from plot details of silent-era films to the secrets contained in every follicle of Keanu Reeves lush mane. But when it comes to Bollywood—I can't even begin to bullshit.

Bollywood cranks out more than 1,000 films a year (double Hollywood's output), and this weekend, the NW Film Center kicks off its snapshot of Indian cinema with "From Bombay to Bollywood."

It's a nice primer in the intricacies of Indian cinema, but this is AP. So, for extra credit, we asked DJ Anjali and the Incredible Kid—hosts of the West Coast's longest-running Bollywood/Bangra dance parties and the weekly Chor Bazaar radio show on XRAY.FM—to pick five of their favorite Indian films as supplements to the series.

It's the only film by Ravi Shankar's elder brother, noted dancer Uday Shankar, which Martin Scorsese called a "great work of hallucinatory, homemade expressionism and ecstatic beauty." Uday Shankar wrote and directed this passionate, pedagogical, phantasmagorical and humanist dance-drama that features over 82 dance sequences in a manifesto calling for post-independence India to embrace its cultural traditions.

The feature debut of Ritesh Batra was controversially passed up by the Film Federation of India as the country's Oscar contender that year. It's a yearning, tender, epistolary romance (featuring tiffins and dabbawalas) between Nimrat Kaur and Irrfan Khan, who even non-Bollywood fans will recognize from Slumdog Millionaire, The Amazing Spider-Man and Jurassic World. It's set in a Mumbai that looks and feels like the real Mumbai, inhabited by millions of Indians, and not the idealized Bollywood fantasy that you can only visit in the movies.

Pakeezah is the sad love story of a tawaif (Mughal court dancer) starring Meena Kumari—who's often called the Tragedy Queen—in her last role. It's a gorgeous, stylized homage to the long-lost Muslim world of Mujra dance and Urdu poetry. This one is Anjali's personal favorite, with scenes and an accompanying soundtrack that are classic Bollywood.

This is the classic Indian love story of Salim and Anarkali, with legendary actors Dilip Kumar and Madhubala starring alongside an amazing soundtrack by Naushad. Anjali, who recommends the colorized version, notes that it also features her mom's dance guru, Gopi Krishna.

SEE IT: From Bombay to Bollywood's kickoff party, with DJ Anjali and the Incredible Kid, begins after Awaara screens at the NW Film Center's Whitsell Auditorium. Noon Saturday, Jan 9. Full listings are at nwfilm.org. 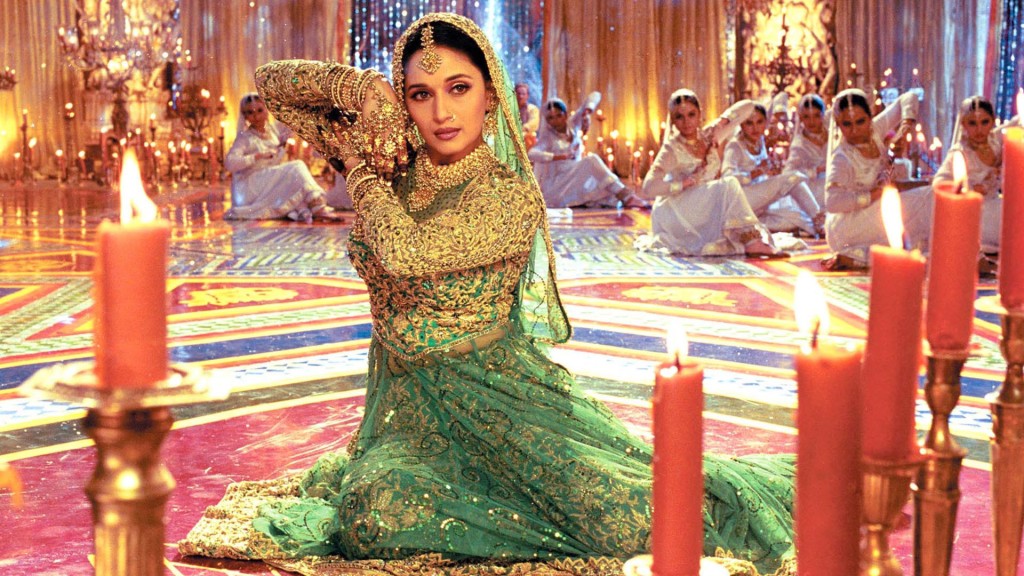 Church of Film kicks off its Late Weimar Glam series with 1934's Maskerade—Willi Forst's melodrama about the aftermath of a leaked nude drawing of a high-society woman. That shit was happening way before the Cloud. North Star Ballroom. 8 pm Wednesday, Jan. 6.

Of all David Bowie's film roles, his alien visitor in The Man Who Fell to Earth is the most normal, probably because he's just playing himself. Academy Theater. Jan. 8-14.

The Reproductive Justice Film Series presents Made in India, a 2010 documentary about the outsourcing of surrogate mothers in India. Clinton Street Theater. 7 pm Tuesday, Jan. 12.

OMSI's weeklong run of Studio Ghibli starts Tuesday with the devastating war meditation Grave of the Fireflies and the Japanese folk story The Tale of Princess Kaguya. OMSI. Jan. 12-18. Full listings at OMSI.edu.