Best Standalone Episodes of The X-Files From Each Season

As the X-files returns in miniseries form, we dug through nine seasons of The X-Files for the best stand-alone episodes from each season (all available on Hulu)—whose charms have nothing to do with the smoking man, pan-galactic conspiracies or Dana Scully's miracle baby.

The miniseries' premiere will screen for free at 7 pm at the Mission Theater, 1624 NW Glisan St., 223-4527, mcmenamins.com. Subsequent episodes will also screen at the Mission. 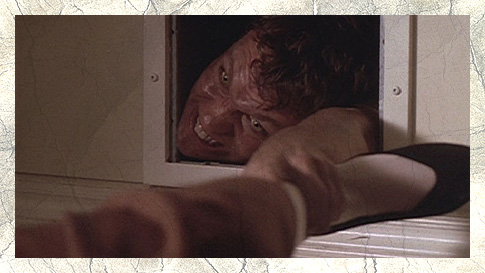 The very first monster-of-the-week episode. Keeping himself alive for more than a century of harvest and hibernation, Eugene Victor Tooms collects human livers for subsistence, builds nests from newspaper pulp and bile, has mutated musculature that lets him wriggle through the smallest of vents, and eerily resembles every other guy in your apartment building. The tropes are already out there: ghost stories told with the rhythms of a TV procedural, and the interplay between Fox Mulder's boyish intuition and Dr. Dana Scully's medical-grade skepticism. 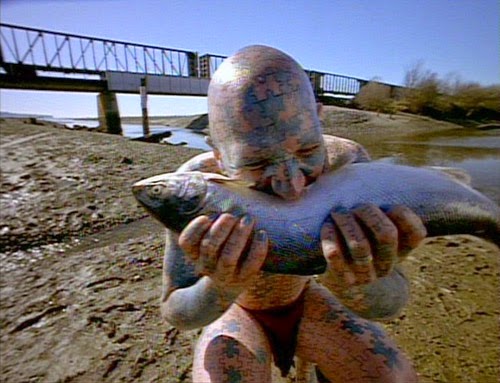 When Mulder and Scully visit a circus freaks' village populated by characters from the Jim Rose Circus, we get a richly textured portrait of aberrant entertainers, from the victim (a be-scaled "Alligator Man") to the suspects (Mr. Nutt, Dr. Blockhead, the Conundrum). "Humbug" was the first episode to prove The X-Files needn't take itself too seriously. 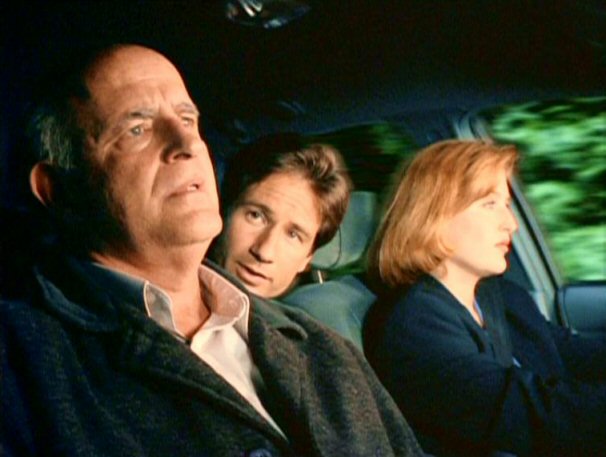 In this sweetly macabre elegy to the world's saddest psychic, writer Darin Morgan found his perfect register: the gallows humor of a life-insurance salesman cursed to envision the death of every person he meets. "There are worse ways to go," the salesman says, staring sadly at Mulder, "but I can't think of a more undignified way than autoerotic asphyxiation." 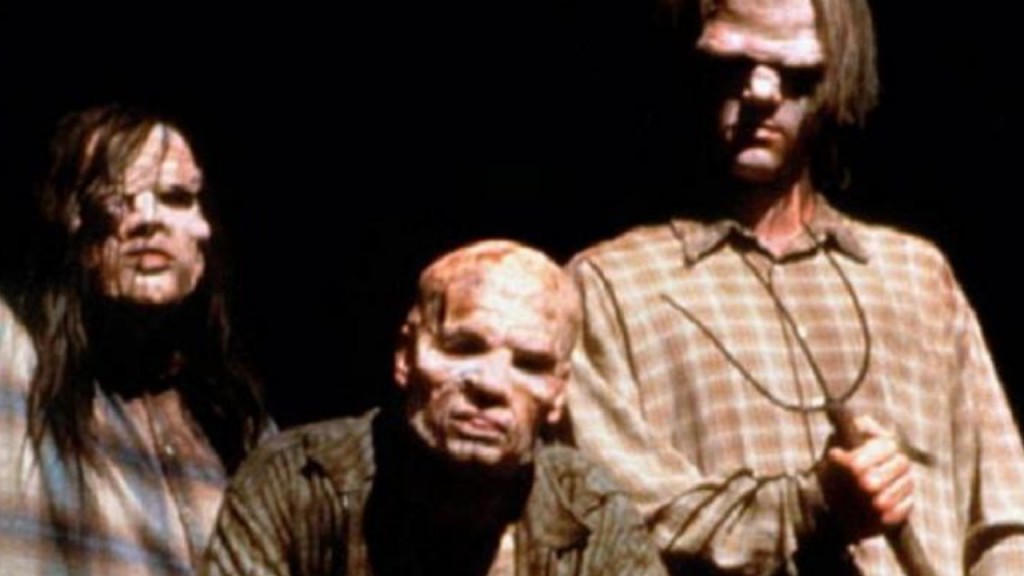 Small-town living taken to its logical conclusion, The X-Files' creepiest episode borrows Andy Griffith Show characters, extrapolates a scene from the life of Charlie Chaplin and features three boys who really love their mother. Folksy, eh? Have a look-see! 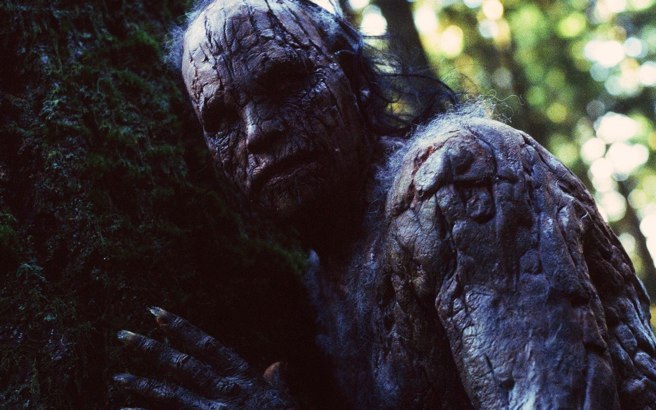 This episode, in which Mulder and Scully abandon an agency-bonding retreat in search of Predator-like "moth men," is maybe the most resonant version of the series' real conflict: truth warriors pitted against the unknowable mysteries of nature. 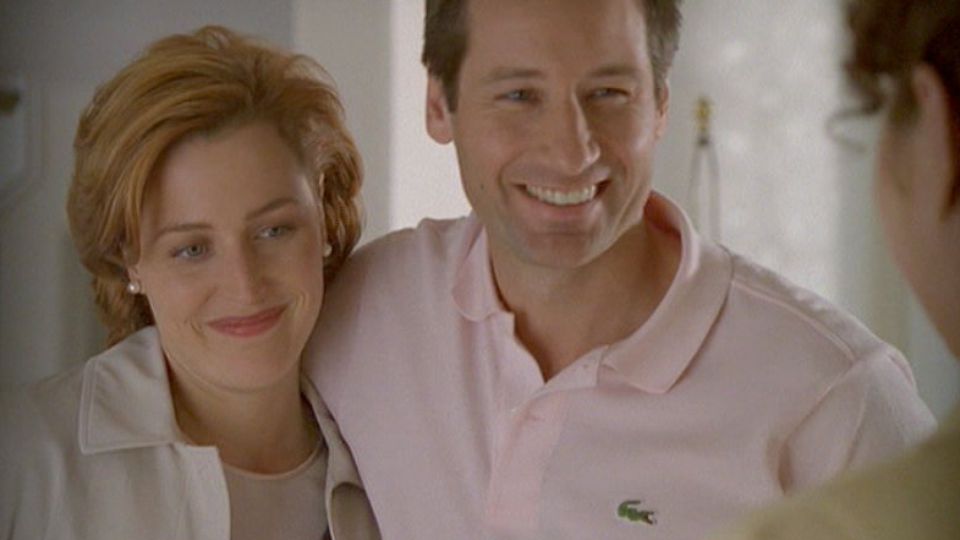 The episode's frothy mug of iced silliness is loathed and adored in equal measures, but we're never expected to tremble before the monster, a sod-'n'-landfill Tibetan tulpa enforcing a strict suburban code. But as soon as our leads arrive posing as happily married Rob and Laura Petrie (pronounced like the dish, natch), "Arcadia" is pure fan service, showing us all we'd ever want to know about the coupling of Mulder and Scully. 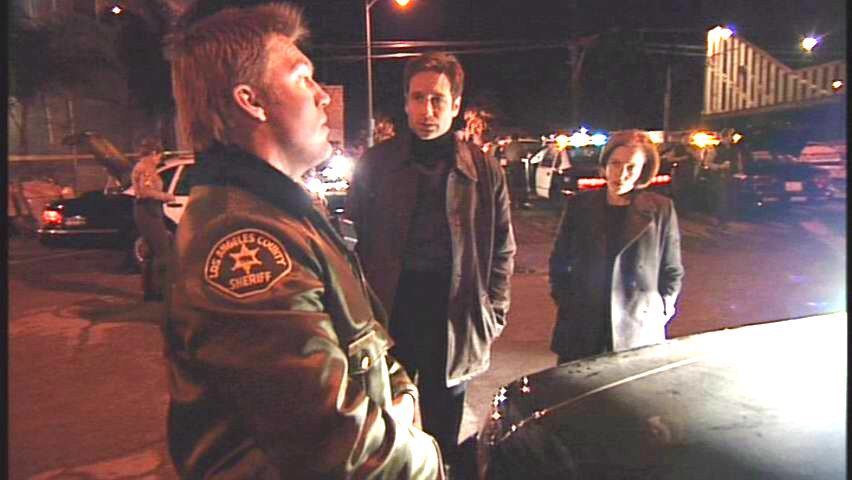 A high-octane assemblage cooked up by future Breaking Bad-man Vince Gilligan, the episode faithfully apes fellow Fox series Cops with the addition of increasingly grisly deaths. At the end, we learn that a malevolent entity has been feasting on the fear it helped create—which also seems a damning critique of the program itself. 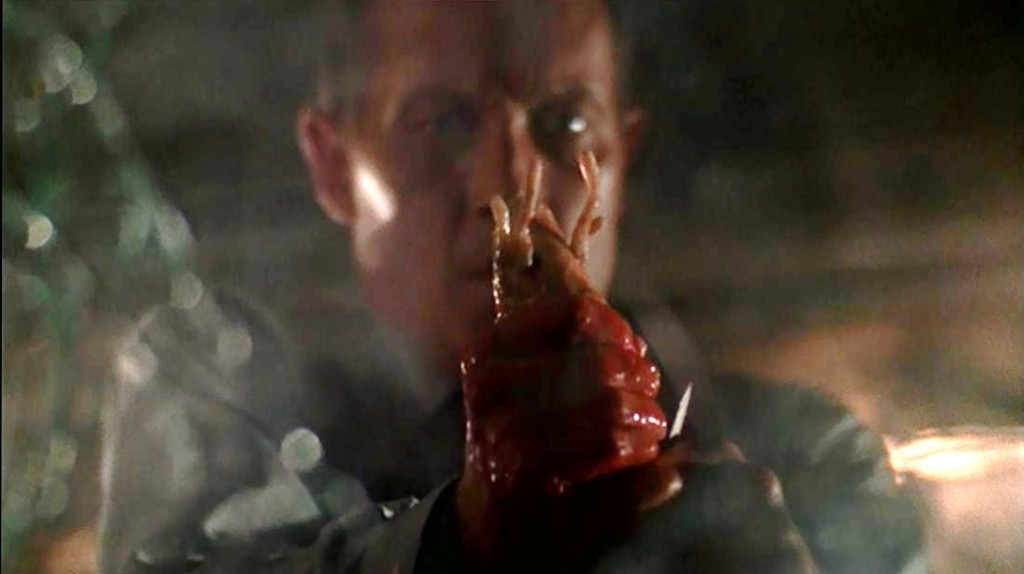 The eighth season was devoted mostly to the show's ever-more-bonkers mythology. But new addition Robert Patrick—who seethes with the puzzlement of an actor never given a character to play— still makes for an effective hero should Scully need rescue after losing herself in the wilds of Utah amid alien-tapeworm worshippers. 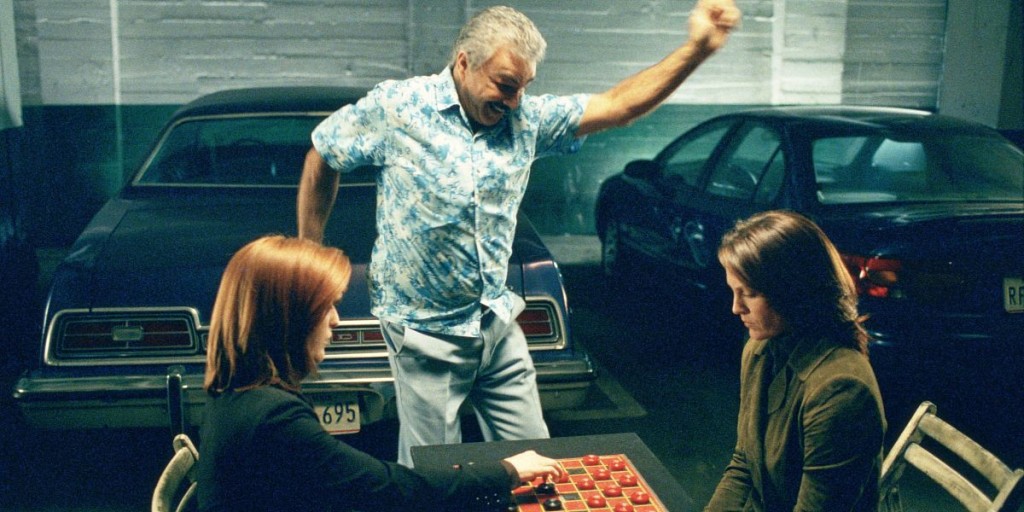 For Chris Carter's last effort as solo writer-director, the series' creator explicitly shows that God—a grinning, plasticine, samba-obsessed Burt Reynolds—plays checkers with the universe. There are truths, and there are truths…

If we've avoided discussing Chris Carter thus far, that's not entirely by accident. If we agree that mismatched cops hunting aliens on '90s television wasn't in itself the boldest of visions, the series creator had just two discrete talents. In the show's heyday, Carter displayed a remarkable eye for talent. The X-Files always looked better (fuller, richer) than its contemporaries, near every episode arrived overstocked with soon-to-be-famous faces, and a significant portion were penned by either genre legends (Stephen King, William Gibson) ordinarily dismissive of TV, or by larval show-runners (Vince Gilligan, say) soon to transform the medium.

As middlebrow boiler of pots and master of the falsely-profound irresolution, the best one could say about Carter's tenure writing and directing The X-Files was that it allowed the best standalones to exist, which makes his final effort as solo writer/director all the more curious. Just six hours away from what certainly seemed like the end, Mulder is absent from even the credits, his guileless blend of the dashing and goofy replaced by Anabeth Gish's new-age inefficacy. The episode, ostensibly following a serial killer haunted by multiples of threes, contains two extended sequences of Cuban operetta, a subplot that conflates numerology with counting, and, you know, Burt Reynolds.

It's as good a capstone as any to a series long since strangled by turgid inanities. Also, the only element separating "Improbable" from a particularly gory New Girl comes from the deathless exasperation of Gillian Anderson. And, for perhaps the final time, that's more than enough.