A white supremacist once called Harry Golden the most evil Jew in America—except for Sammy Davis Jr.

Considering the source, the label was a badge of honor. Golden and Davis once appeared at a dinner raising $50,000 for the NAACP, and they became fast friends. Golden donated his appearance fee to the association's voter-registration drive. So did Davis.

Almost completely forgotten today, the cigar-smoking, bourbon-drinking Jewish humorist and social critic was a central figure in American civil rights for almost three decades, championing the cause in the pages of his Charlotte, N.C., newspaper, The Carolina Israelite.

Portland author Kimberly Marlowe Hartnett reminds us of that past in her vibrant new biography, Carolina Israelite (UNC Press, 368 pages, $35). In addition to his tireless work for equal voting rights, she recounts the time he told a church full of Presbyterians that if Jesus swung through Charlotte during his Second Coming, he, Golden, could be their "contact man" to answer questions the Messiah was sure to ask, such as "What in hell are Presbyterians?"

Hartnett tells Golden's jokes as well as Golden did. But she captures his faults as well as his virtues. Most startling is the secret he kept hidden for almost 20 years after moving to the lap of the Confederacy. Just days before the stock market crashed in 1929, Golden (born Chaim Goldhirsch) was sentenced to five years in federal prison for defrauding investors as a broker on Wall Street.

Hartnett should have devoted more pages to Golden's crime and punishment. He reneged on loans, kited checks and did not fully pay his income taxes until his first book, Only in America, became a runaway best-seller in 1958. Golden was also an astonishingly proficient womanizer, despite having a wife, nicknamed "Tiny," back in New York. A sharp observer could spot the rotund Yankee's paramours by the bruises on their shins from banging them on his metal bed frame.

Most importantly, Hartnett places Golden's life and work in historical context, drawing masterfully on a wide range of secondary sources to make an eloquent case that remembering Golden still has value 35 years after his death—especially as equal voting rights are again coming under attack. 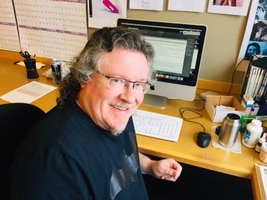