The laws of time go out of the window at CoHo Theater, where this series of vignettes puts characters' old and young selves in dialog.

The ensemble piece explores six different lives, following characters like Dirk the dancer and Myra the social activist. The one connecting thread is age.

Twelve actors ranging in age from 23 to 80 paired up in CoHo's workshop series to create the characters, which combine elements of each actor's own life story. That might explain the show's sporadic narrative arc.

About 80 percent of the play has a straightforward storyline, but the other 20 percent veers wildly. Actors play trees in a chanting call-and-response scene, then a chirpy musical number decries the "problem with pronouns," and later, a frontier-era fable tells the story of a rabbit thief named Clever Gretel. Gretel never reappears in the show, and at no point is her relation to any of the six established characters explained.

While the show hits poignant highs, sequences like these distract from the best moments. Only when director Adrienne Flagg uses more conventional storytelling devices do the characters shine. Myra's weighs with painful honesty her desire to be with her family against her commitment to political activism, and Dirk is humiliated when he realizes the significance of a flag at his favorite bar.

Note to Self derives its finest dramatic and comic moments from difficult confrontations, often between the same person at two stages of life. In hindsight, of course, the character's vision is always closer to 20/20. 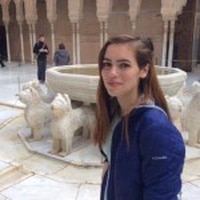