For the mischievous kid…

Better known for his nasal baritone and historical fetish with the Decemberists, Colin Meloy has quietly become one of the smartest kids' book authors out there. Whiz Mob is a book I would have killed for at age 11, a step-by-step induction into the world of international pickpocket thievery and intrigue through the bright eyes of young Charlie Fisher, son of a diplomat. Wrapped up in a tense moral education is a gorgeous, detail-obsessed set of instructions on the glorious legerdemain of thievery that should be wonderful prep for life in the kleptocracy to come. MATTHEW KORFHAGE.

For the next-level baker…

Despite being a book of recipes, this book is some of the most effective pornography I've ever encountered—sumptuous full-page tarts and petits fours exquisite in their majesty, drenched in colors so rich they're almost tactile. It's a bit like the pastry case at Pix Pâtisserie, the Burnside Street bakery and hall of champagne Cheryl Wakerhauser helms. True to her style, the book begins with an argument that most American dessert is a dull parade of cloying, ugly, oversimple awfulness. And then with page by page of lovely macaron, cascading raspberry topper and rainbow-layered canelé, she makes her very convincing case. MATTHEW KORFHAGE.

For the Trump-voting or Trump-fearing…

A former Globe and Mail journalist born in Cairo and raised in Canada, Omar El Akkad is painfully familiar with the American War on Terror—and in his dystopian novel, American War, he maps its effects on a no-longer united set of States. American War is set in the aftermath of a second Civil War in a now-splintered North America, told through the eyes of a young girl raised in a time when Trump would be a pleasant memory. It's a chilling education in what war brings home. MATTHEW KORFHAGE.

For the veggie lover…

Six Seasons: A New Way With Vegetables, by Joshua McFadden and Martha Holmberg. $35.

Organization is 90 percent of a cookbook: Can't find the recipe, can't cook the recipe. Six Seasons, from Ava Gene's head chef Joshua McFadden, organizes its vegetable-centric collection of recipes first by season, then by ingredient. I never gave a shit about rutabagas, turnips and parsnips until I came across this book. Now, I'm looking forward to braving sideways ice-rain at winter markets, because McFadden's hearty recipes have blown away my approach to home cooking, and his insights into seasoning has changed the way I treat my meals. This cookbook is distinctly Portland, and my favorite all year. WALKER MACMURDO.

For the square peg…

Oregon Book Award-winning Portland author Lidia Yuknavitch's theoretical self-help book contains no lifehacks, no simple takeaways and no self-congratulatory redemption narratives. The book's project is a series of essays about what it is to fuck up all the time and never quite belong, including stories of mostly Portland misfits, whether transgender writer Zach Ellis or former mayoral candidate Sean Davis. The hope of the misfit is the hope of America, and it's not a hero's triumph. It's the refusal to surrender, the unbending will to live that defines life itself. To anyone who has ever felt they don't belong, this book will feel like it belongs to them deeply. MATTHEW KORFHAGE. 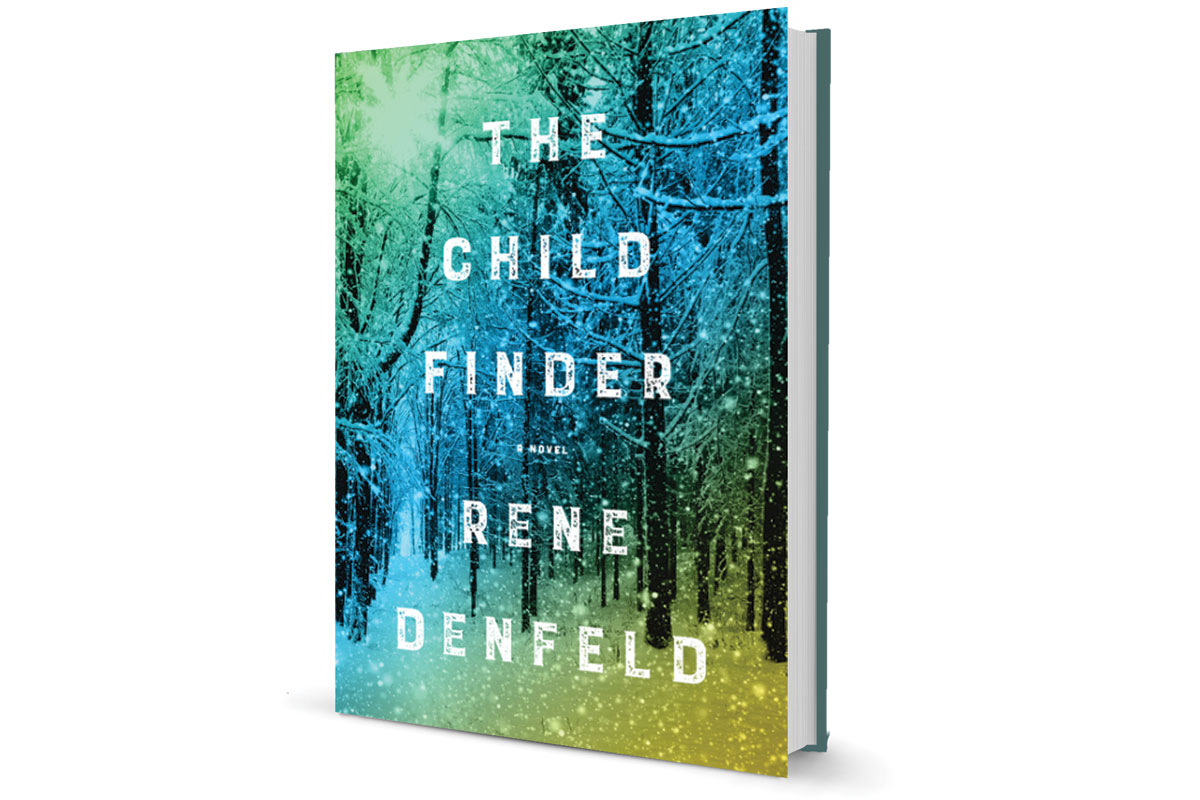 In a world that now seems painted into cartoonish heroes and villains, Rene Denfeld's novel The Child Finder renders atrocity with depth and heart—a compassion made even more credible by her career as an investigator in death-penalty cases. In the book, five-year-old Madison is abducted by a deaf, illiterate pedophile named Mr. B. Denfeld renders her horrifying three years in Mr. B's cabin with lucid empathy: Madison makes everyone else seem more human. The Child Finder's moral lesson is not new—that hope and humanity can be found in even the darkest places. But the extent to which Denfeld practices that belief is deeply touching, if not even remarkable. SHANNON GORMLEY.

For makers and poets…

This book is such an odd and lovely thing. Like a Winesburg, Ohio for poets and whittlers, Receipt is a book devoted to a colorful menagerie of alarmed-looking wood-carved people, a Little People playset of the flawed and ordinary. And for each one, there is a poem by Oregon Book Award-winning poet Carl Adamshick, whose work is uniquely concerned with the oddness and unlikely depths of friendship. Adamshick is becoming a defining voice of  poetry in Portland—absurdist and warm, natural-voiced amid surprising abstraction, with a heart-filled sincerity that comes barreling in chipped-toothed from left field. MATTHEW KORFHAGE.

For younger brothers or older sisters…

Drawn by Portlander Leila Del Duca and published by Portland-based Images Comics, Shutter follows the perilous adventures of explorer Kate Kristopher. Kate is human, but lives on an alternate earth populated by the likes of gorilla doctors, a skeleton who's a butler, and a hitman cat who rides a triceratops. Drenched in dramatic jewel tones and dark shadows, every panel is stuffed with imaginative details from Kate's bizarre world. Plus, in the first of five collected editions (the final one was just released this fall), Kate teams up with her little brother. So it counts as a sentimental gift if, like me, you're giving a copy to your younger brother. SHANNON GORMLEY.

For anybody with a beating heart…

My Absolute Darling, by Gabriel Tallent. $27.

Debut novelist Gabriel Tallent is a local author only in his education—he's a Willamette University kid who spent two years in Oregon forests leading youth trail crews. But we should want to claim him as our own. His debut novel is nothing short of remarkable, a work of natural lyricism, savagery and painful empathy. My Absolute Darling tells the story of young Turtle Alveston, uniquely attuned to wildness of North California forests Tallent clearly knows to their needles and roots—and terrorized body and soul by a monstrous father she loves to her aching core because she can't know different. Turtle already feels like a character that should be known to every American by heart. This novel will break you open. MATTHEW KORFHAGE.