WW presents “Distant Voices,” a daily video interview for the era of social distancing. Our reporters are asking Portlanders what they’re doing during quarantine.

Jake Silberman was voted the funniest man in Portland by other comics in 2018.

These days, he’s seeing more tragedy than comedy. Before COVID-19 swept across America like a biblical plague, he quit his job writing YouTube scripts for a toy called StikBot and planned to tour comedy clubs across the country before landing permanently in New York City.

Then New York shut down, and other cities followed. And Zing Toys, the owner of StikBot, wouldn’t hire him back. Now, he’s stuck in his Portland apartment with his girlfriend and three other comics. That sounds hilarious, but it’s not, Silberman says. Comedians aren’t necessarily funny when they aren’t onstage.
But the house has lots of rooms, and lots of bathrooms, so they are making the best of it.

One thing that animates Silberman: watching Donald Trump’s COVID press conferences. Silberman lost his shit when Mike Lindell, CEO of MyPillow, showed up at one and said Trump was the “greatest president” in history and was “chosen by God.”

“This is the weird clown world we live in now,” Silberman says. “You couldn’t write this bad a response to a pandemic. It’s like a fucking trilogy, where it just keeps getting worse.”

As a comic, Silberman does a lot of “crowd work,” where he improvises material based on his interactions with the audience. He gets to use that muscle a little every night at 8:30 p.m. on Facebook Live, where people can send him questions and comments. Check it out. Silberman likes dark humor, and America under Trump and COVID is chock-full of material. 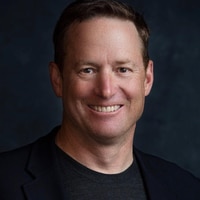 Anthony Effinger is a freelance writer in Portland. He was a magazine writer at Bloomberg News for two decades, covering technology, hedge funds, overpriced Montana real estate, and billionaires behaving badly. Before Bloomberg, he worked for McGraw-Hill as an editor at the super sexy magazine, Metals Week.