"It wasn't the weed, Wolftits," says Amoeba from beneath the green mask Saran-wrapped around his head. "It was real."

He’d really seen it, there, in ripples on the stream: a vision of UFO, their omnipresent graffiti deity, whose tags they follow every day until they find him. Only UFO can explain to Wolftits and Amoeba what their constant, manic scrawling on walls will be worth someday. Only he can answer the question they pose to the void, out loud and ad nauseam, as they wander in animal masks through the underpasses of a post-apocalyptic Wastedland: “What’s the point?”
Thus unravels Wastedland 2, the brilliantly bizarro short film graffiti writer and video artist Andrew H. Shirley has been presenting in immersive installation settings across the country. Most commonly it’s screened, as it will be in Portland, among piles of garbage and cryptic groupings of spray-painted words.
In opposition to cool-kid graffiti documentaries like Style Wars, whose takeaway is that graffiti culture might be existentially interesting in theory but is mostly fun and silly in practice, Wastedland 2 ambitiously holds up graffiti as a mirror of mankind’s search for meaning.
“I don’t think there’s anything alluring about being a graffiti writer,” Shirley says, talking about graffiti in long, run-on sentences, as if it were alive and breathing down his neck. “Graffiti’s parasitic. It’s part of your organism that feeds off of you and uses you to create something. It’s an obligation.”
That compulsive spirit lives alongside an unnerving futility throughout Shirley’s film, whose loose narrative alludes to deep-seated tales of naive purpose-searching and ultimate disappointment. The example Shirley uses is Samuel Beckett’s Waiting for Godot, and there are certainly shades of The Wizard of Oz—only here, the Wizard is just another writer, implying that the mystery and ephemera of tagging can elevate the tagger to godlike all-knowingness in the minds of his peers. Surely, this must be part of the allure.

"There's a lot of symbols in the film," Shirley says, struggling himself to articulate what they all mean. "One big one is that graffiti writers hide their faces in masks—when they go on the streets and have bandannas around their faces, or they're cloaked in darkness, or they make videos and obscure their images to protect their identity."

Shirley fully leans into the idea of disguise by giving each of Wastedland 2’s characters over-the-top masks—one speaks from beneath a huge slice of bread—but ironically, each of the characters is drawn from Shirley’s own experiences writing graffiti. This includes UFO, whose name hasn’t even been changed; known across New York as UFO 907, the film follows UFO’s trademark octopus alien tag, as well as his gigantic wood and metal spaceship sculpture, currently installed in Los Angeles.

Recently buzzed-about New York graffiti artist Rambo is actually in the film, playing himself, and will be contributing his large-scale, poem-like wordplay graffiti pieces to its Portland installation surroundings.

In fact, every character we see in Wastedland 2 is portrayed by a graffiti artist, and most play some version of themselves. At some moments, it’s painfully obvious that this isn’t a cast of professional actors, but that only heightens the film’s estranged, nonhuman point of view.  The fact that they’re animals instead of men makes room for both the story’s existential catechisms and its stupid, goofball sense of humor.

“Where you goin’ with all that paint?” Amoeba asks Wolftits when they first meet.
“I’m looking for a wall,” Wolftits answers, “where I can paint an e-NOR-mous wolf, with multiple breasts!” Their enunciation is absurdly thorough and sharp, and it’s obvious from the first lines that the dialogue was recorded separately from the film. This  amateurism happens to perfectly complement the film’s brand of absurdism.

"For me, graffiti is anti-graffiti," says Shirley. "It's anti-everything. It's punk. It remains outside of the system. It alludes to dysfunction and allows a public audience to see that people without a voice still have a message, and by any means necessary will get it out to you."

But around every turn, and right up to the tale’s cataclysmic ending, the paint-crazed animals of Wastedland 2 are completely unsure of their message.

“Every day I wake up in a trash heap,” Wolftits says to Amoeba, eyes blinking brightly through his heavy mask of fur. “I lurk out some paint and a spot to paint. I paint the spot, and that’s it. That’s all I ever do.”
Not at all registering Wolftits’ distress, Amoeba says, “Sounds like a perfect day to me.”
In the deceptive guise of a hip, artsy, funny graffiti movie, Shirley has created an absolutely enthralling work of existentialist art—either that, or he’s wasting his life.
SEE IT: Wastedland 2 plays at Trust Collective, 325 NW 6th Ave., on Friday, April 21. 6 pm. Free. All ages. 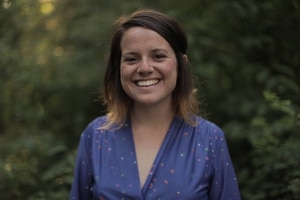