Share on Facebook
Share on Twitter
Share via Email
By Britany Robinson |
Published February 8, 2017
When we meet Elliot, he’s primping in the mirror with adolescent bravado. But actor Anthony Lam, who plays Elliot, reveals just enough fear beneath that typical naive confidence. Nineteen-year-old Elliot is a soldier who’s about to be deployed to Iraq, so instead of feeling annoyed as he fusses in the mirror, you feel scared for him and for the trauma of war that robs youth of that spark.
Elliot, A Soldier’s Fugue, the first play in Profile Theatre’s season of works by playwright Quiara Alegría Hudes, depicts a mashup of war times.
A simple set divides the battlefield from civilian life with a chain-link fence. Flowers grow on the lush civilian side, and where letters from the deployed are stained with tears. It sits behind the war zone—an empty space with a checkered floor.
Elliot is off to Iraq, his Pop (Jimmy Garcia) to Vietnam, and his Grandpop (Anthony Green) to Korea. One quickly assumes the three are related (they all have Puerto Rican accents that soften down the generational line), but it takes some time to firmly establish the familial ties. The overlapping characters require focus from the audience, especially since there is usually little more to mark the transition between time periods than costume changes from uniform to civilian clothing. But once the generational lines are established, the initial confusion feels appropriate, as each generation repeats moments of inner turmoil.
Elliot enlisted to make his father proud, but his desperate attempts to uncover stories or advice from Pop are unsuccessful, leaving him ill-prepared for the boredom, fear and pain that follow. The emotional connection between each generation is confined to letters they exchange—we never see the men embrace one another, or acknowledge the paths they’ve shared.
Elliot is more about memory and the lasting effects of war than it is about war itself. So while there are scenes that depict violence and bloodshed, they skip the obvious sound effects and realistic props, opting instead for narration by ancillary characters, invisible guns, and spoken “bang-bangs” in place of real explosions.
Ginny (Cristi Miles) provides the most touching moments. She tends to Pop’s wounds in Vietnam where he falls in love with her while looking at the moon. Later, she’ll tend to a similar injury for her son, Elliot, also in the light of the moon. Miles brings the stories together with subtle, unrelenting strength and relatable weaknesses which she gracefully portrays in the matriarchal role.
Elliot leaves you wanting more. Three overlapping timelines don’t offer much room to explore the darker moments of war or the psyches of men in uniform. But upon reflection, that omission is also the most chilling aspect of this play. Just as a soldier does upon return, Elliot suppresses the harsh realities of war. 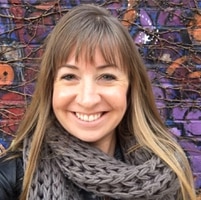 Britany Robinson is a freelance writer, specializing in travel, arts and culture. She's lived in too many places to tell you where she's from, but New York City and Portland are the two that feel most like home.