This weekend marks the third year of Willamette Week's Beer Pro/Am. The festival teams professional Portland brewers with some of the city's best homebrewers to create new one-of-a-kind beers (beer list here). After two years on the sidelines (read: drinking beer), Willamette Week decided to form its own team. It turns out that's a lot of work. Here is the backstory of WW's collaboration with Lompoc on a mango IPA called World Class Wreckin' Bru.

Arts and culture editor Martin Cizmar: "We drink at Lompoc literally every week, because it's right by our office and they have $2.50 pints on Mondays, which is our deadline day. It's the most underrated brewery in the city, by a huge margin. They brew a different IPA almost every week, and that's always my first pint."

Culture writer Parker Hall: "I had written an article about Lompoc and found out brewmaster Brian Kielty had brewed about a hundred IPAs within three or four years at Lompoc. When I talked to him I learned that they were parts of different series. Lompoc had just released their spy series and needed an idea for the next series. Martin and I—being who we are—suggested a gangsta rap-themed series of IPAs. We started a huge list of pun names, stuff like Now I Gotta Wet C'tra, which would be a fresh-hop Citra, and Who Am I? (What's My Name?), which would all be unnamed experimental hops."

Bryan Keilty: "We've done classic rock, sci-fi, baseball, all kinds of different stuff. Pretty much anything that someone suggests, if it sounds like fun, we'll do it. Martin texted me one day and 'Hey! Let's do a hip-hop IPA for the Pro/Am,' and I was like, 'That sounds good!'"

Cizmar: "The idea Parker and I had was to do a drink called Thug Passion, based on the drink recipe Tupac gives in the song "Thug Passion." It is two parts Cristal, one part Alize, which is a passionfruit brandy. Pac says it's 'guaranteed to get the pussy wet and the dick hard.' My idea was that we would buy champagne barrels, maybe even Cristal barrels, and fresh passionfruit. It turns out that this beer would cost like $15 per pint to make. So that was out." 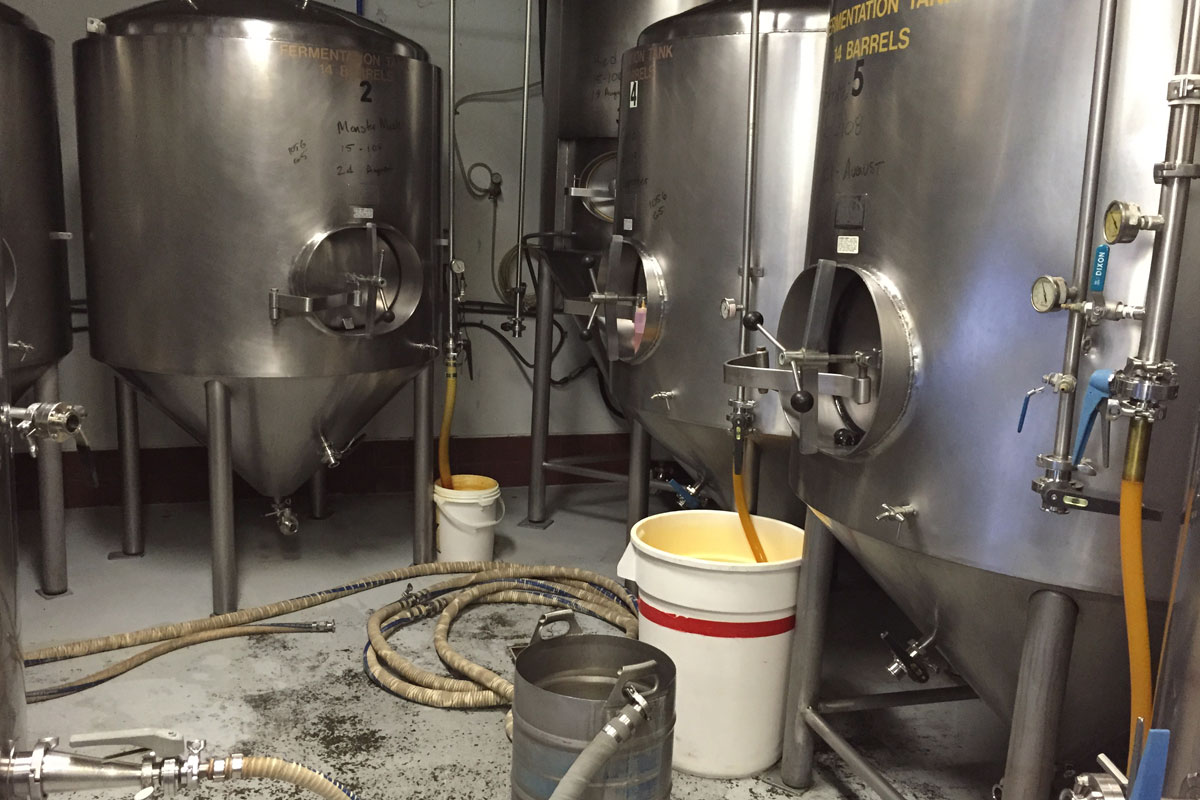 Keilty: "Parker, Martin and I met up one day, had a couple of beers and talked about what we like in beer. We decided on a tropical fruit, and kicked around the idea of doing either passionfruit or mango."

Hall: "We couldn't get enough passionfruit at an affordable price. So we switched to mango. We used the same grains I use at home, and two varieties of really experimental hops from Germany that I've never used before."

Cecelia French, brewer at Lompoc who actually did the work of making the beer: "We used Huell Melon and Mandarina Bavaria hops, which give off melon and mandarin flavors. We thought that the mango would give off a nice fruity flavor. There are a lot of fruity and floral aromatics that come from hops themselves, especially Northwest hops."

Cizmar: "I write a lot about beer, but I do not know much about making beer. Parker does. And obviously Brian does. So I figured I'd better shut up and concentrate on coming up with a good gangsta rap pun name for their recipe."

French: "We all got together and decided on the malt ahead of time. We talked about the hop additions the day of, had a basic idea of what we wanted the flavor to be, and wrote up a recipe together. Brian had been talking about the grain bill with the boys over email, and they worked that out. He ran it by me, and we all agreed that it sounded good. I started the brew and gave the boys some gloves and put them to work. There's something different that you're doing every five to 10 minutes. Martin took a lot of pictures. Parker said he was a homebrewer, so it was nice to have him jump on in."

Hall: "We showed up at 7 am and brewed until about 2 pm. Martin was late and missed pretty much the entire mash. Cecilia did most of the hard work. Martin and I looked at things and bothered her. She was still cleaning stuff as I left." 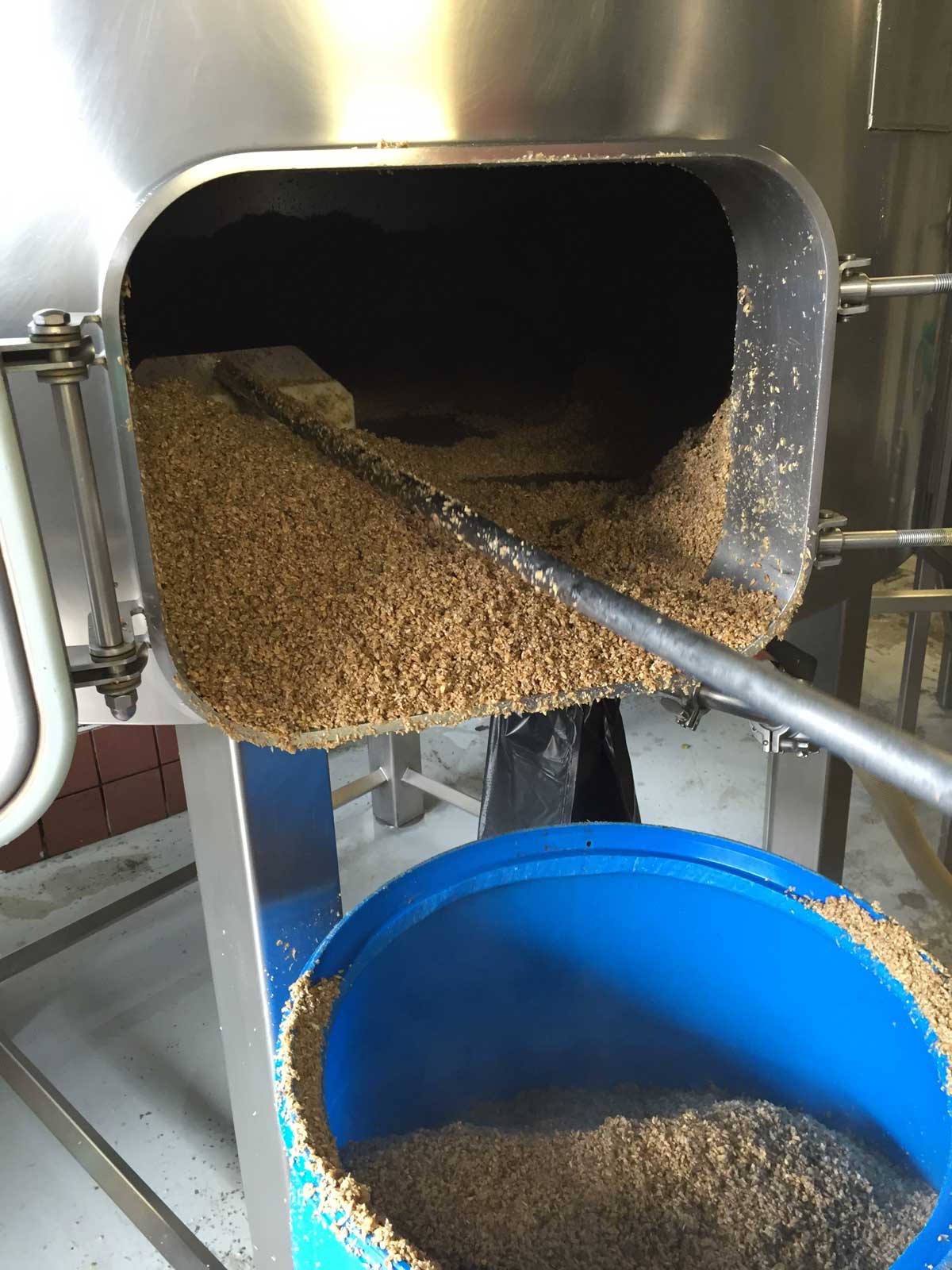 Keilty: "Martin was late. He blamed it on his mother. Martin and Parker scooped the grain out of the mash tun, and they moved 50 gallon drums full of wet grain. It's definitely labor-intensive—weighing out hops, stirring hops. With collaborations, everyone does as much or as little as they want. Some people want to hang out, snap photos and drink beers. Some are totally hands-on. Martin and Parker were pretty much in the middle."

Cizmar: "I know I had no business being there. When I said I wanted to do the Pro/Am, what I mean is, I wanted to come up with puns and suggest impossible ideas that would allow those puns to be a theoretically delicious beer. I'm good with coming up with pun names for things because that's the main skill of any editor at an alternative newspaper. I have 'brewed' three times in my life. Each time, I did nothing useful. But the beer smelled wonderful, and I'm sure it's going to be really, really good. The name is the one Cece liked the best. I had a bunch of puns, and was working on more, but I feel like the person who has to crawl into the brew kettle to scrub should probably pick the name."