It should be a good year for Beaujolais Nouveau.

Yes, most people believe every year is about the same for the harvest wine, which by both tradition and French law is released on the third Thursday of November, after it has had just enough time to ferment out into a mildly alcoholic and very grapey juice.

But this year should be especially good, both for the traditional nouveaus and the, ahem, nouveau noveaus enjoyed by those who like fun, and hated by those who are haters.

"We started doing it because of the tradition it came from, not what it was most recently, when it became this party wine that got stocked in every grocery store," saysDivision Winemaking's Tom Monroe, who organizes one of this week's top parties. "We think there's a really cool tradition to it, the way that people celebrate the harvest together and high-five over a successful year. For us, that's what we were trying to get to."

Having the right flavor of wine helps, of course. This year, both the French originals from southern Burgundy and Oregon's tributes are the products of very hot growing seasons. That allowed the grapes to be harvested earlier than normal and go through full carbonic maceration, the process by which whole gamay grapes are put inside a halo of carbon dioxide which allows each grape to ferment in its own skin, producing a low-tannin wine meant to be consumed before the holidays are over. Japan has already received its shipment of France's standard-bearing Georges Duboeuf, and Division's version has been in bottles since November 1. 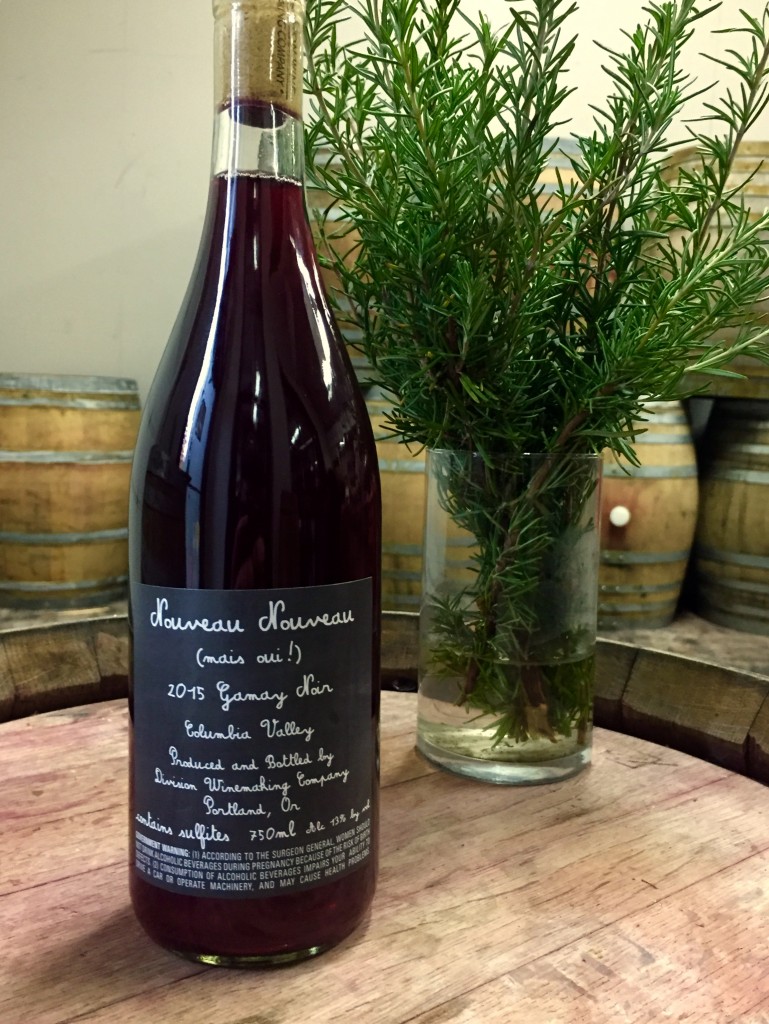 "When we're making the nouveau we're trying to get a fruity but light-bodied wine," says Monroe. "To keep it from being overly ripe we had to pick it way earlier than we normally would. By picking it earlier, we lost some complexity. I noticed that ours is definitely fruiter this year. It's got a little more candied characteristics."

To me, that sounds like a good thing. Though I certainly enjoyed the Oregon offerings—Division has again assembled a slate of notable local nouveaus for a "beauj cruise" down Division Street on Nov. 19—I have to admit my favorite last year was the Georges Duboeuf.

Happily, no one will lecture me about this. The best thing of all about Beaujolais Nouveau? Taking it too seriously is absurd to wine drinkers of all stripes.

With that in mind, we present you with information on the week's largest nouveau parties, and Beaujolais Nouveau scoring card.

This event features Beaujolais Nouveau wines from France, along with select wines from Oregon and Washington, and a large buffet. Tickets are available at afportland.org. The Heathman Hotel, 1001 SW Broadway. $70 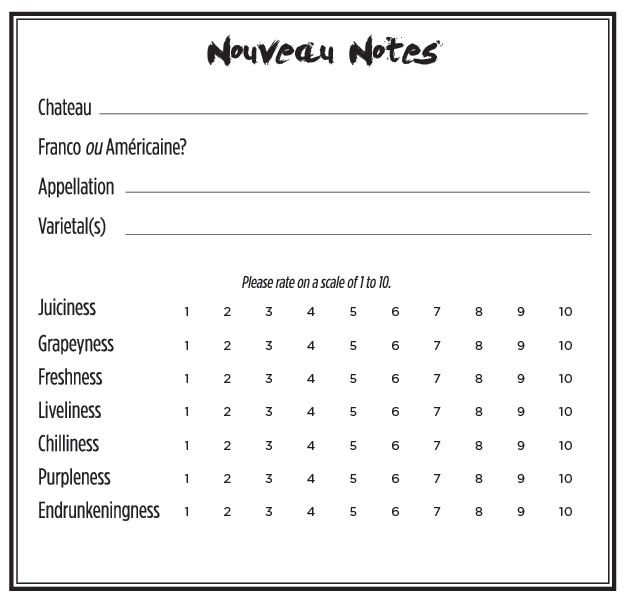 Print your own card off here!