It’s Aquavit Week. Here’s where to get caraway crunk.

Aquavit is the tequila of Denmark, the vodka of Norway, and the only thing guaranteed to make a Swede sing. The grain liquor is traditionally spiced with a blend of herbs such as anise, caraway and dill. Its name literally means "water of life," and it was once thought to cure everything from gout to deafness, plus stop the dead from rotting. As an old Danish cookbook from 1616 says, "He who rubs the skin on his head and face with aquavit has always beautiful skin, strengthens the mind and brain."

But until a decade ago, when Portland distillery House Spirits began making the first American aquavit, it was almost unavailable in the United States. In fact, only Norwegian Linie could be found. Even today, it's hard to get the Scandie stuff: About half of the aquavits available in the U.S. are made in Oregon and Washington.

Danes do aquavit like a shot of Jack. You raise your shot and clink glasses while always looking your clink partner in the eye (otherwise you lose your hair), tap the glass on the table and down it in one gulp. Then, you down a beer, too. Denmark is basically one giant, well-mannered frat house.

When Swedes drink, they sing—there are around 9,000 drinking songs in the national registry. In 1957, when the Swedes won the world ice hockey championships, they didn't know the words to their own national anthem so instead they sang a drinking song, "Helan Gar," which loosely translates as "the whole one goes down." ABBA and the Cardigans are also best understood only when drunk.

Norwegians drink aquavit like Russians do vodka: with hard bread and pickled fish. If you eat, you drink, and vice versa. Those are the rules. Also, for whatever reason, Norwegian aquavit like Linie is aged in oak on a boat, and must cross the equator twice to be certified as Norwegian aquavit. This reminds the Norwegians of their history as drunken pillagers, but with fewer casualties. 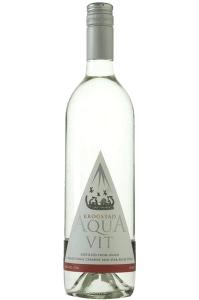 Rolling River is making a specialty out of aquavit, with a fennel-caraway holiday version, a caraway small batch and a very dilly original aquavit that's light and crisp on the tongue.

Bull Run Distillery's aquavit is aged in wine barrels and released each December—this year's batch is sweet and anise-forward, balanced against the crackle of caraway.

Northern peoples love their aquavit with beer—and so the Hop & Vine will host an aquavit-beer pairing event, including aquavit barrel-aged ale from Alameda, elderflower saison from Breakside, and cardamom-coffee barleywine from Upright. The Hop & Vine, 1914 N Killingsworth St., 954-3322, thehopandvine.com. 5 pm-close.