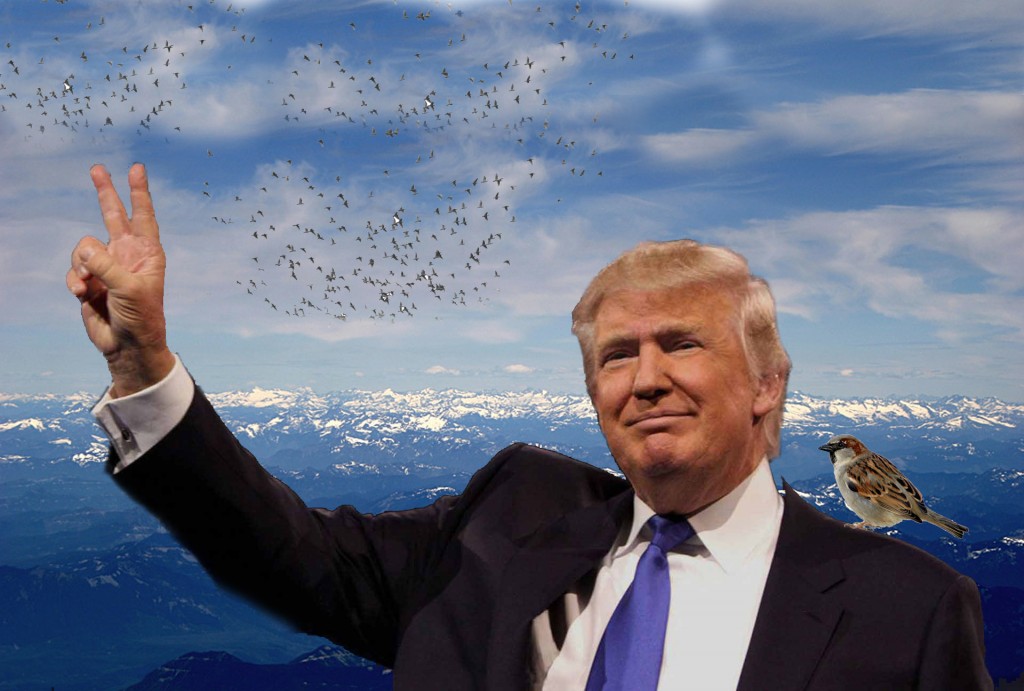 Trump does not drink. Drinking is for losers—also Trump's big brother drank himself to death, inflicting serious psychological damage on little Donny, who seeks to pay it forward. But Trump has a winery in Virginia, near Monticello where presidents are made. Trump does not want to give people Champagne from the French, when Trump can make French-style sparkling himself. This Champagne style, Blanc de Blanc, is the Trumpiest of sparklers, the white Champagne's white Champagne, with a suspiciously loose cork and a funny finish. It's a classy bottle—Trump classy—and if you were going to ask which Champagne cost a lot of money, you'd look right at Trump's bottle and you'd say: "That's a classy bottle. That's an expensive-looking bottle of Methode Champenoise right there. LUXURIOUS!" It's got cursive on the front and estate-grown chardonnay grapes. But more than the "bright green apple, lemon notes, pear and brioche" the bottle advertised, we got a hot nose, an acid finish and a quality one online review described as "Botox-y," and another described positively as a "yeast attack." It's like the classiest blue-collar prosecco you could ever find at the grocery store, perfectly quaffable. It goes down easy but tastes like a headache. Also, we were expecting far more gold leaf.

Clinton Vineyards' wine—which comes from the Hudson River region of New York, the Clintons' adopted home state—is in no way related to Hillary or Bill. Hillary remains unaccountable for it, and would, we imagine, not take credit. The Victory White is the vinological equivalent of a super PAC, made on the Clintons' behalf every year there's a Clinton vying for the White House. The Victory White has a known quality of Rust Belt wines that can be described, euphemistically, as "foxy." This is also a word sometimes used to describe Bill Clinton, but here it refers to a flavor—present in both Clinton wines—that one of our tasters described as "kind of like someone peed on a skunk." Hoo, boy. The Seyval grape used in both of these wines is a hybrid of French wine grapes and the hardy American grape stock that can handle the harsh froideur of upstate New York. It is a survivor's grape—not as palatable in many ways, but able to endure countless indignities. The wine, in short, tastes awful, with a faint tinge of corruption—but let us reiterate that the Clintons have complete deniability here.