The Holocene is a geologic epoch that starts with the end of the glacial Pleistocene and, depending on who you ask, is either still going or has segued into the man-made climate-change apocalypse that is the Anthropocene. Holocene, the club, has nothing to do with that. Although it hosts rock bands and private events, its calling card is dance music. On one of those nights, you might find one or both of the dance floors filled, the disco ball casting beams of light across the floor, and a whole lot of purple light coming from an indeterminate source. The drinks and food are chalked up at the bar—Rainiers and slushy stuff and $3.50 tacos. But the main thing is dancing, done largely by people who seem to have evolved past the idea that a rain jacket and a marginally clean pair of pants is acceptable club attire. Which, depending on your persuasion, is either the emergence from a glacial age or an apocalypse.

Happy Hour: 5-8 pm Friday. Cocktail specials, plus appetizers for a couple bucks (or sometimes even free). 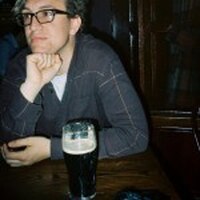