You know, they say 90 percent of bars close in the first 100 years… 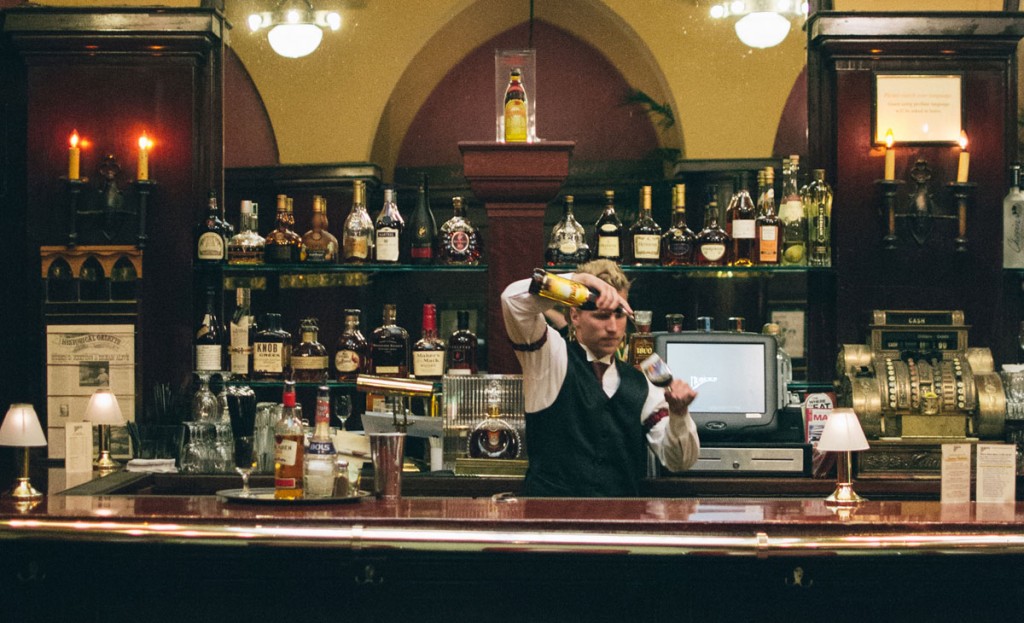 Huber's was first founded as the Bureau Saloon in 1879, on Southwest 1st Avenue and Morrison Street—and every drink came with a turkey sandwich. They're still serving plenty of turkey sandwiches at their new location, where they've been since only 1910, a mere 106 years ago. But you're here for the Spanish coffee, which the fanciest of the bartenders like to light on fire while they're still pouring the coffee—scarily, tableside—from great height. Huber's didn't invent the drink, as falsely rumored, so much as the flair, and pours so much of it they've got plaques from Kahlua. Sit at the Turkish-windowed bar, home to a cash register older than anyone alive, and try not to get your eyebrows lit up.

Video poker has replaced the card room, an entrance once housing a shoeshine and a smoke stand now leads to an adjoining music venue, and their turn-of-the-millennium overhaul replaced day-drinking seniors with nightlife tourists ordering craft pints below the new owner's airborne motorcycle collection. But still behind the bar, a hidden hatch leads ice-gathering staff down the rickety staircase to an expansive basement holding traces of a Prohibition-era speakeasy. Staff recently discovered a rudimentary flush system, lending credence to long-standing rumors of a urine trough carved into the foot of the bar so that rough-hewn working men could unzip and let flow amid rounds of shots. But customs do change over time. If 22nd-century archaeologists sift through the remains of a long-abandoned Kelly's, what would seem weirder—evidence that patrons once pissed at the bar or parked on the ceiling?

By the late 1990s, this moldering dive showed its age solely through broken toilets until McMenamins impresarios exposed original ceramic flooring and brought along era-appropriate furnishings to match the oaken bar—a comforting middlebrow blur of vintage fixtures and a franchised future. The White Eagle now primarily serves as a venue promoting the suede fringe of adult-contemporary roots pop, while the former brothel quarters upstairs have become legendarily haunted hotel rooms, the restless spirits mystified by what the place has become.

Virginia Cafe has survived 102 years and three downtown locations embodying the soul of the hospitality lifer with a heart of gold. If the Virginia could talk, it would always call you "hon," with a friendly sass to its hipper patrons and friendly familiarity to its regulars, whom it knows by their first names. Virginia's onion rings ($5.75) are some of the best in town, with a recipe that tastes like it has taken 100 years to perfect. Order whatever, they'll know how to make it.

Old Town's Dan & Louis is Portland's most hallowed oyster tradition—and perhaps the only one that matters, owned by the fifth generation of Louis Wachsmuth's family. The space is cavernous, but if you hit the bar at the Ankeny alley entrance, you'll catch a Blazers game on TV and a bartender who's been at her trade for 40 years and is enthusiastic about all things meat, whether barbecue or the bars' own wide swathe of oysters from briny Virginica to heavenly Sea Cow.