In its native Bay Area, this bike, brat and bier bar was out on the rusted-steel fringes. But when cafe and bar Eugenio's gave up its ghost—holding an actual wake for Old Portland—Gestalt moved in.

Actually, it's still sorta moving in. After it expands its refrigeration, Gestalt will add a few more German beers and maybe hang a few more flags. "If it was up to me, we'd have opened even if we just had brats and Hofbräu," says the bartender. "Start making money to pay the rent." 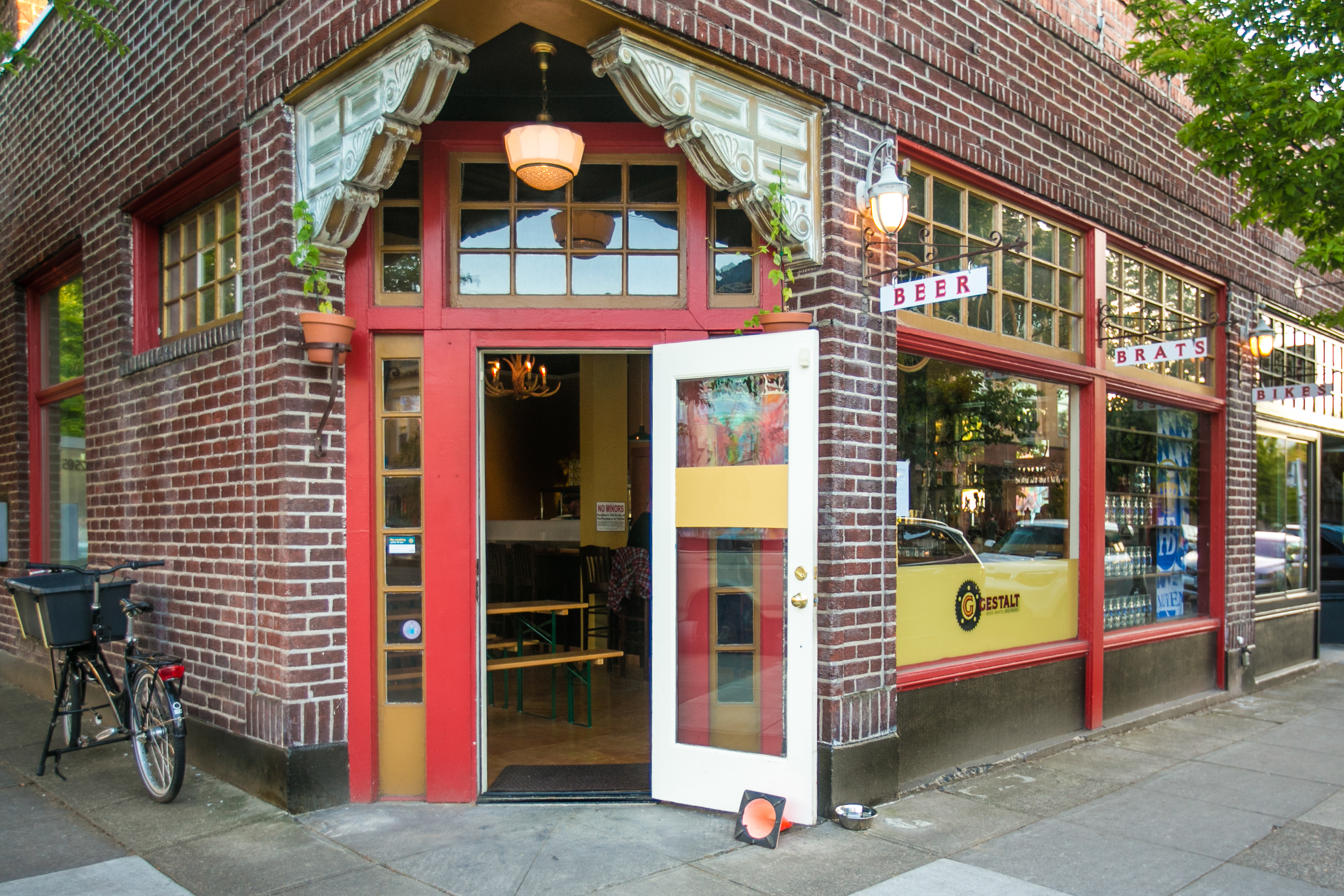 Gestalt already has other sausages (the bar is buying meat from Zenner's and supplementing with vegan options) and beers, including Spaten Optimator, Hacker-Pschorr weisse and Occidental Kölsch.

It plays mostly heavy metal and talk is mostly about biking, especially the mountainous type. The brats are great, and only $5. "That's always what this place has been about—a spot where you can get a good beer and a brat that'll fill you up for $10," says the bartender, who moved here from the Bay Area and became a co-owner, referring to it as "buying myself a job."

There will be some who bemoan these Californians coming into the neighborhood, but not me—the city needs a few more good, cheep bierhauses, and the bikeyness is a bonus.