Division Street continues to live up to its name as one of Southeast Portland's most divisive streets.

With its ceaseless construction, sluggish traffic, and throngs of bewildered tourists crowding the narrow sidewalks, the neighborhood has long been considered the frontline of the war between New and Old Portland. And while Someday—the Richmond neighborhood's latest cocktail bar—might not exactly bring about a truce between the two factions, it at least provides a refuge.

Hidden in the back of a nondescript building, down a short, equally nondescript alley, the bar—not to be confused with the former Old Town nightclub Someday Lounge—does not announce its presence loudly. The interior is just as austere as outside: Someday is almost infuriatingly minimalist, with no embellishments other than a few wall lamps contributing soft lighting, a horseshoe bar and, of course, the glowing display of liquor bottles behind the bar.

The drink menu, however, is anything but minimal. Someday offers a broad but discerning choice of original and classic American cocktails like the Chauncey (gin, rye, cognac, sweet vermouth, orange bitters) and the Scofflaw (rye, dry vermouth, grenadine, lemon), all priced within the narrow range of $11 to $12. The delicious Brother's Keeper (bourbon, dark rum, Averna, sweet vermouth, bitters, chocolate) would work equally well as an apéritif or an after-meal dessert cocktail.

Just don't expect to get that meal here: While Someday boasts a generous selection of shareable snack foods—think radicchio, Molinari salami, and Portuguese sardines, served in an old-timey sardine tin—if you're looking for something more substantial, you're advised (and invited) to order from one of two food trucks on the back patio.

None of that, though, appears to be keeping the crowds away. On a recent Thursday night, Someday was nearly shoulder to shoulder with bodies. The space's bare walls and cement floor don't make for the best acoustics, and at times the clamor came close to unbearable. But once the warm weather returns, and patrons begin to settle into the outdoor patio, Someday could be the ideal place to spend a long, pleasant afternoon and evening. Portland's generational conflict is far from over, but it's good to know there's a safe haven away from the commotion—provided you can find it first. 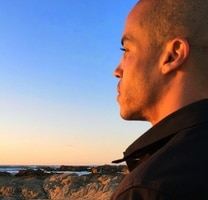 Santi Elijah Holley covers local and national culture, books, music, and other subjects for various periodicals. He's originally from Michigan but has lived in Portland since 2004.