In the early years, Commons owner Mike Wright ran this brewery out of his garage. Fans told him to open a tasting room, so he did, leasing a homey place on Southeast Stephens Street, which was abandoned roughly a year ago in favor of a much larger and decidedly less homey space on Belmont. A handsome upstairs area that will one day provide additional seating has been off limits because it lacks the costly sprinkler system required by fire code. Last summer, the space was often a little too toasty for comfort due to ventilation challenges. Those issues are being addressed. Meanwhile, the brewing program remains as solid as ever under the direction of head brewer Sean Burke. Added capacity has enabled brewers to fully stock the tap list with seasonals and specialty brews we never would have seen in the old digs. Some of that beer is making it onto store shelves as part of an expanded bottling program. A cheese window operated by Steve Jones, who owns the Cheese Bar on Belmont and Chizu downtown, has proven to be a nearly perfect complement to the Belgian-centric beers. 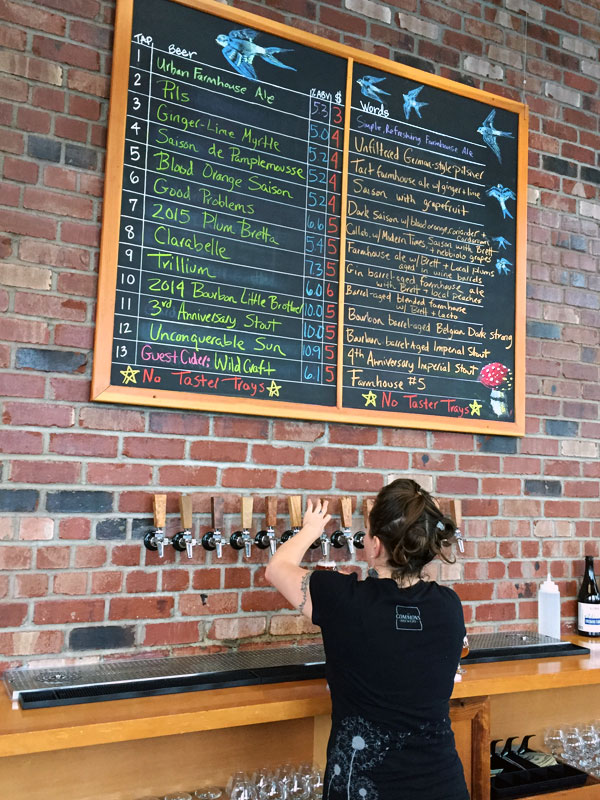 Drink This: Urban Farmhouse is the flagship, and it's probably more consistent than ever thanks to improved brewing facilities. For more adventure, pick anything from the specialty list. Good Problems, a saison with Brett yeast and nebbiolo grapes, was the highlight on a recent visit.

Pete Dunlop is a Portland-based writer and the author of "Portland Beer: Crafting the Road to Beervana." He has written about beer for local and national publications.