As the macrobrews swoop and drinkers go to the newest beers on the block, established craft brands are in a tough spot.

A little more than 20 years ago, BridgePort Brewing changed Oregon beer forever. Back in 1996, it put out a near-extinct beer style made with tons of hops, originally to preserve it for the sea voyage from England to India. It was called BridgePort India Pale Ale, and since its meteoric popularity, Oregon has never shied away from IPA.

But according to figures kept by the Oregon Liquor Control Commission and a Nielsen beer report, BridgePort's sales are tanking in Oregon. The brewery declined to comment, but the Nielsen report shows a 32 percent nosedive last year in Oregon sales volume. The OLCC's numbers show a starker picture, with a 46 percent drop since 2013. From brewing more than 20,000 taxable barrels in the first 10 months of 2013, BridgePort fell to just over 10,000 during the same span in 2016.

BridgePort isn't alone in struggling this year, and it may be the result of a sea change in the Oregon beer industry, one that puts established craft brands in a tough place as drinkers gravitate toward the newest and most novel offerings—while breweries also face pressure from above as the largest beer companies buy into craft brewing.

"You see BridgePort is having the biggest drop," says the New School beer blog's Ezra Johnson-Greenough, who also contributes to WW. "But if you look at the guys around 10 years old, a lot of them are struggling. [The market] has moved toward what's new and fresh."

In the Nielsen data—which relies heavily on grocery store sales—craft-beer giants Portland Brewing and Deschutes have both seen double-digit drops in sales by volume, and Hopworks isn't far behind with a 9.8 percent decrease. In terms of total taxable barrels tracked by the OLCC, sales by those three brewers have remained approximately flat.

This flies in the face of previous experience in Portland.

For years, it seemed Oregon breweries couldn't lose. Craft brewing in the state has grown explosively of late. For the five years leading up to 2015, Oregon beer saw double-digit growth every year.

"For years, it defied logic," says state of Oregon economist Josh Lehner, who conducted a study in November tracking Oregon beer sales. "The most growth was where there were already the most breweries. We describe that as a self-propagating cycle."

For the first time in at least 15 years, national alcohol consumption went down last year—and so did beer consumption per capita. And though craft brewing in Oregon has still grown, it's happening more slowly. Depending on whose stats you look at, beer sales were up between 3 and 8 percent the past two years—good for most industries, but less than brewers were used to.

This comes as the number of Portland-area breweries has nearly doubled during the past four years. Our annual beer guide (the new edition will be published March 1) will cover all 116 breweries within an hour's drive of Portland. In 2013, that number was only 59.

"In the past, there was enough growth to go around," says Brewers Association economist Bart Watson. "Now we're seeing competition for tap handles. Growth of your own sales comes at the expense of other brewers."

"We are in a fundamentally different market than we were in 2012, when it seemed like the pie just kept being bigger and bigger," says Breakside Brewing's Ben Edmunds.

This has apparently soured the mood in Portland beer. "I've definitely heard it from brewers. There's a lot of negativity going around," says Johnson-Greenough. "It's as rough as it's been."

Last year, at least six Oregon breweries closed, including Humble and Fire Mountain. Six more in the Portland area have reportedly been put up for sale, including BTU in Portland and Amnesia Brewing in Washougal, Wash.

"I think we'll see more closures this year for sure," says Johnson-Greenough. "But more than closing, you'll see people getting out of the business. You'll see people selling."

Some of the market insecurity, Watson says, may come because markets are nearing their top end for craft beer, considered a premium product as compared to Coors or Pabst.

"Not everyone can drink champagne," Watson says. "High-end markets are never 100 percent. There's only so much the high end can take."

In 2015, Oregon beer reached 22 percent of beer consumed in the state, if grocery retail is included—but considering only draft sales, it accounted for 63 percent of the beer Oregonians drank.

"When you stretch beyond your home market, that's good," says Lehner, "but brewers that have done that in the past few years have seen increased competition that wasn't there five years ago." 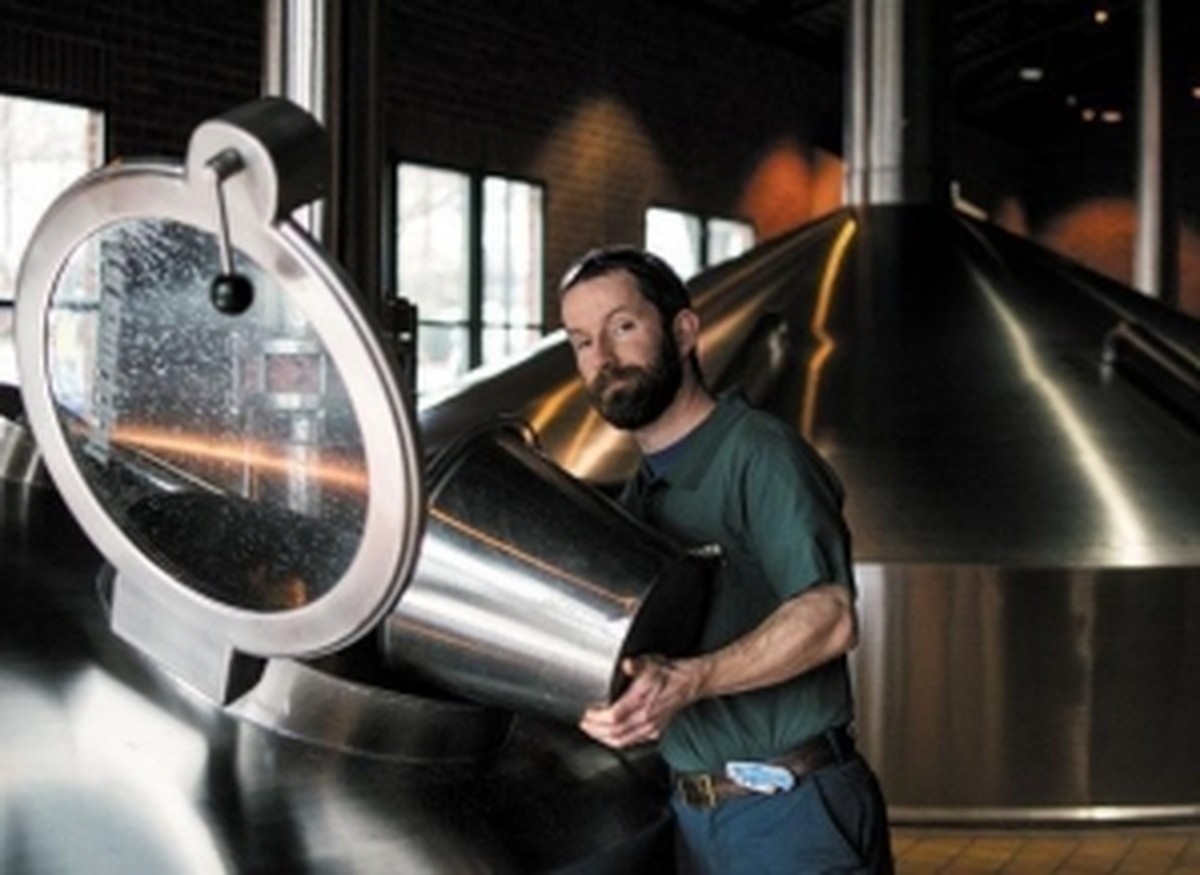 The breweries who've succeeded in maintaining their sales presence have often been the ones who've stayed closest to home. Widmer, whose hefeweizen remains the No. 1 craft beer in Oregon, still sells about 80 percent of its volume on the West Coast, according to spokesman Brady Walen, and the brewery concentrates its efforts with sponsorships of both the Timbers and Blazers.

"We'd rather double down locally," Walen says. "It's hard to break into markets when you don't have local relevance and a large marketing budget—it was different even five to 10 years ago, when there wasn't as much local availability of craft beer."

Observers say that supermarkets and beer taps have also become much more competitive as large companies like AB Inbev and MillerCoors—who have more distribution clout—buy up craft brewers such as 10 Barrel and Hop Valley. Both of those brewers' sales are rocketing, up 10 and 50 percent, respectively, in the Nielsens.

"Who are the biggest winners?" asks Edmunds. "It's places like 10 Barrel and Hop Valley. There's things like shelf placement. [AB InBev] can push kegs at lower prices than a midsize brewery."

"It's not just supermarkets," says Watson, "but different channels. Stadium taps are a great example. Only a small number of brewers have the heft to place stadiums and chain retail. Through distributors, large brewers have advantages."

But while the midsized craft breweries are squeezed by both new brewers and large distributors, there remains a bright spot. Portland brewpubs are still doing very well, as anyone who's squeezed into Sasquatch, Laurelwood or Great Notion for weekend beer brunch can attest.

"Take Sasquatch, my neighborhood brewpub," says Lehner. "You can't get a table for dinner. On the weekends, it's packed. We can and do sustain and support a huge number of brewpubs. The challenge lies for those trying to do tens or hundreds of thousands of barrels."

Sasquatch, Hopworks and Breakside all have new brewpubs open or on the way. Though Breakside's yearly growth was over 25 percent, Edmunds says its forthcoming brewpub in Slabtown is partly a hedged bet against possible future downturns, since Breakside makes better margins on beer at its taprooms.

"We're trying to read the tea leaves just like anybody else," Edmunds says. "Part of it's an insurance policy. We see competition for taps getting stiffer, retail space being stiffer. If the market contracts a little, we'll offset it with increased revenue from our new location."