Earlier this month, Wolf Tree brewing came out of nowhere to win a gold medal for best “Experimental” beer at the Oregon Beer Awards.

If Joe Hitselberger had his way, he'd make only one beer at Wolf Tree Brewery.

The beer he'd make? It's nothing like Orval, the legendary Belgian Trappist ale in distinctive teardrop bottles. It's also nothing like any year-round beer made in Oregon.

Odd as it sounds, Hitselberger is obsessed with spruce tips. He got hooked on them while working in Alaska, and has since become the first Oregon brewer to make the style his flagship. The soft shoots that bud on Sitka spruce in the spring aren't piney, in the way you expect of hops, but rather sweet, with citrus and strawberry notes—they make for a delicate, unique and very tasty beer.

Hitselberger's small brewery opened in 2013, making tiny batches for a few years before building a larger brewhouse. With a mild cotton-candy and strawberry sweetness, Wolf Tree's barrel-aged spruce bud ale is the best I've had, and I'm not alone in my opinion. Earlier this month, Wolf Tree came out of nowhere to win a gold medal for best "Experimental" beer at the Oregon Beer Awards. 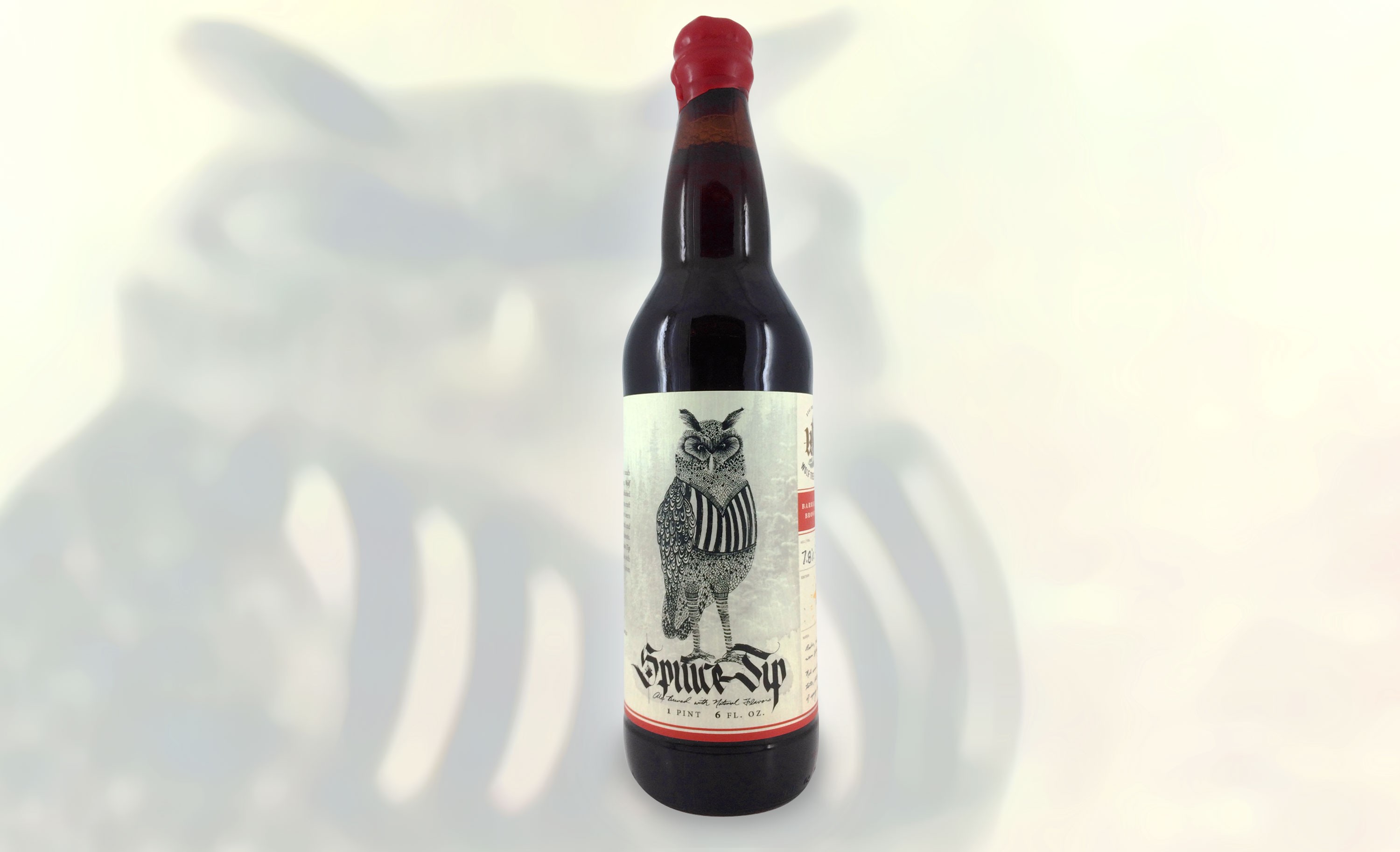 Wolf Tree's address is Seal Rock, a small coastal community between Newport and Yachats. But the brewery is actually 6 miles inland, in a barn on the Hitselberger family cattle ranch.

On the ranch, Hitselberger experiments with spruce tips the way other breweries play around with hops—he makes a hopless gruit version, a barrel-aged version, a chocolate stout version, and he attempted a spruce tip IPA that didn't meet his standards.

"There's a lot of educated drinkers to keep you honest," he says. "We're pretty strict on quality control. I'm not just moving stuff to move it."

At this point, Hitselberger pauses to appreciate a sip of his own barrel-aged spruce beer.

"Mmmmm. That's a damned good beer," he says, laughing at his boast.

Hitselberger's late father, a California physician, set up the family on Wolf Tree's ranch—a cow-and-calf operation where, when there's a hole in the fence, a visitor may have to wait as three calves amble up the dirt driveway. It's a remote spot connected by a series of gravel roads winding around Beaver Creek—in fact, I was the first writer to ever make the trek. (Wolf Tree's beer will become more accessible this spring, when Hitselberger plans to open a small tasting room on the south side of the Yaquina Bay Bridge in Newport, not far from the Oregon Coast Aquarium.)

The ranch's 100 head of cattle have the run of the acreage until they go to Eugene for auction. "Brewing works pretty well as a complementary business," Hitselberger says, partly because of the schedule, and partly because he can take the spent grains about 50 feet and feed them to the cattle.

"They can smell when we're brewing, and they just come in and line up at the fence, waiting to be fed," he says. "It's like junk food for them."

The farm is also key to that spruce beer. "Wolf tree" is a forestry term for a big tree on a high ridge that can suffocate anything trying to grow under it. On this part of the central Oregon Coast, Hitselberger says, that's often a spruce tree.

"It all fits with what we're doing," he says. "This beer is something I think would be hard for other breweries to replicate."

That's because he makes it by harvesting 3,000 pounds of fresh spruce tips in the spring, from trees on the farm, and then freezing them until it's time to brew.

Since the ranch is pretty much self-sustaining, Hitselberger is working to expand the brewery.

His next project is almost as unusual as a full lineup of spruce beers: Wolf Tree recently built a coolship to produce spontaneously fermented beer, joining a handful of breweries in the nation making beer without pitched yeast. The wort is pumped into a cake-pan-shaped open fermenter housed in a plank-walled building made from cedar milled on the property.

"This is the perfect spot," Hitselberger says. "We have this little valley here, and all kinds of good stuff floating around. If we weren't going with this style of beer, it'd be weird."

Those beers are still a ways off, though—spontaneously fermented beer requires a year or two in barrels, then back-blending to smooth out the rough edges.

In the meantime, there's the strawberry sweetness of that wonderful Wolf Tree spruce beer.

"We make some IPAs," Hitselberger says. "I think we make a good IPA. But I'm not going to tell anybody our IPA is the best. I think there are some breweries in Oregon that have that figured out. But when it comes to spruce beer, I think we're unique."