Celibate men swaddled in black, floor-length robes don't immediately bring to mind beer, a beverage often consumed joyously and recklessly. Of course, Belgian monks have been brewing beer for over five centuries to sanitize their water, fund the church and provide liquid caloric sustenance during Lenten fasting. Brewing is common to Trappists, but also part of the Benedictine tradition—which is the order that occupies the Mount Angel Abbey, a 350-acre monastery secluded on a wooded butte above the small farm town of Mount Angel. Abbey monks are now brewing beer as part of a six-year project helmed by Father Martin and his understudy, Father Jacob, with guidance from beer writers Jeff Alworth and Stan Hieronymus. The monks are currently making two beers in a style they call "Northwest Belgian," working out of Seven Brides Brewing in Silverton. We tried "Black Habit," a dark 7.5% ale that's sweet and fluffy, like oatmeal with a hint of maple syrup. The beers are currently only sold by the case (12 bottles for $55), at the bookstore on the abbey grounds. This year, they're slated to finally open their own on-site brewery and tasting room.

Nearby: Until there's a spot to enjoy beverages at the abbey proper, head into town for juicy kraut-laden sausage washed down with imported beer at Mt. Angel Sausage Co. (105 S Garfield St. Mt. Angel, 503-845-2322). 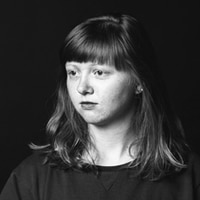