The expansion will be mainly concentrated in Northeast, but there will be smaller service area extensions in Southeast as well.

Now that it's a year old, Biketown is going to get bigger.

Last week, Portland Bureau of Transportation announced the that bike share program—which was the target of recent vandalism—plans to expand deeper into Northeast as well as add a few new service areas in Southeast. The expanded layout would included an extra 1.5 miles of service area that would include parts of the Brooklyn neighborhood and expand the current service area farther east into the Hawthorne district.

But the biggest change would be in Northeast.

Along with the Overlook neighborhood, the proposed expansion includes the Alberta district, which currently does not have any Biketown service. Along with extending the service area to Northeast neighborhoods, Biketown would also add new hubs throughout the area. According to the Portland Bureau of Transportation, the Alberta neighborhood has the highest amount of Biketown trips outside of the current service area.

In the same release, PBOT also announced that they're piloting "Super Hub Zones" near PSU and the Industrial Eastside. In those districts, Biketown users are now able to lock their bikes at public racks, not just Biketown racks, without incurring a $2 fee.

Currently, the preliminary plans are open for public comment, but PBOT expects that they'll start making changes to the program's current layout later this month. Check out the proposed changes below and PBOT's release here. 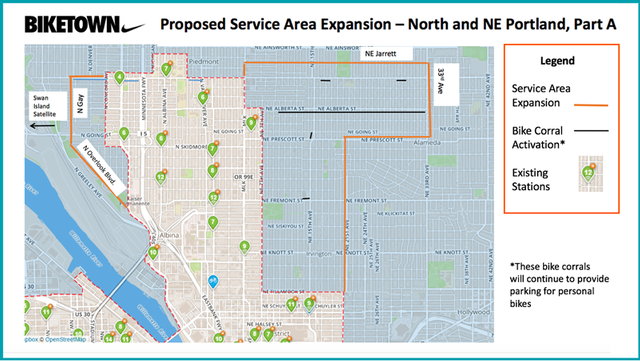 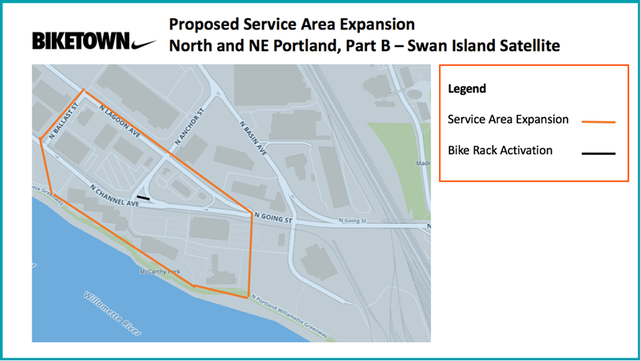 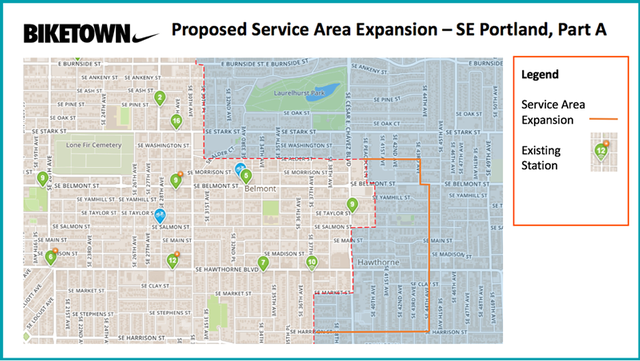 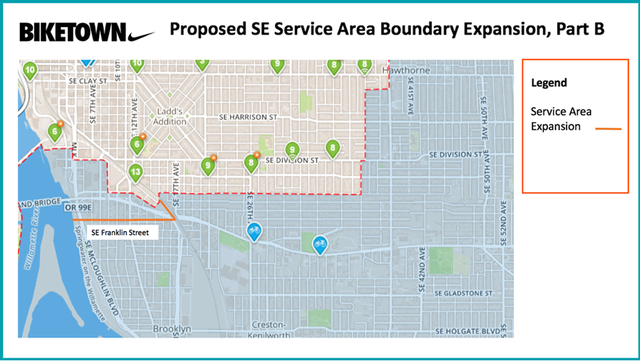