Everything good comes in cans.

The Factory sells cannabis in little, opaque cans that resemble those used to package dipping tobacco. Co-owner Kendall Jorgensen, who was a Southern Oregon craft medical-marijuana grower, claims the Factory's cannabis stays fresher longer because his unique packaging allows it to be preserved in nitrogen, an inert gas traditionally used in food packaging to seal out oxygen and moisture. I spoke to Jorgensen about canned cannabis, cannabis canning, and canny cannabis business practices. 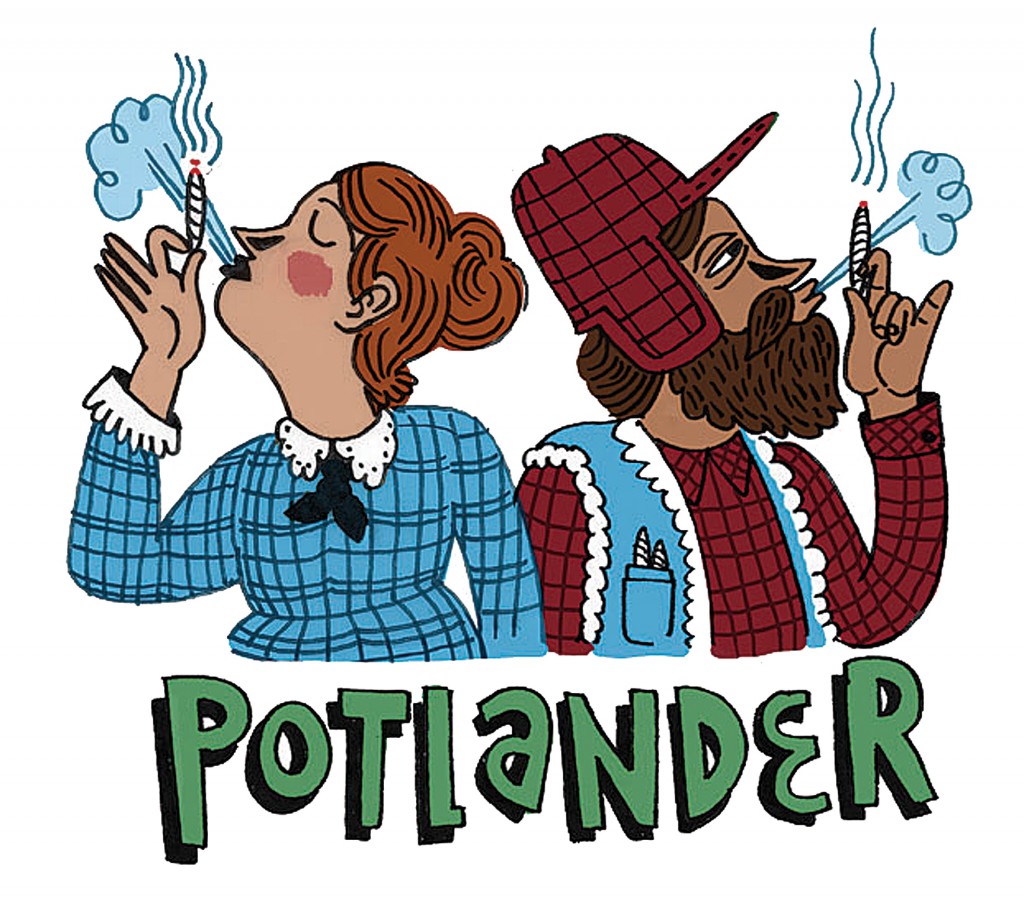 WW: Who came up with the idea of weed in a can?

Kendall Jorgensen: We are working with a company called N2 Packaging Systems (Jorgensen and business partner Luke Olsen are also employees and shareholders in N2) that evolved out of the food industry. They started as a spinoff of Ready Reserve Foods, which is a food-preparation business that had a few patents, such as a patent to preserve ammunition in a nitrogen-sealed canister. They were looking to file more patents, and they filed and were granted a patent for a process for preserving controlled substances in nitrogen. Their aim was getting into the cannabis industry, but technically the patent covers all controlled substances.

How have your customers been responding to the branding? What do they like about it?

The dispensaries are excited because there is a new way of seeing cannabis. Instead of seeing cannabis as something from a dealer out of a jar or in a baggie, the customer sees it as a consumer-ready product with a bar code, consistent branding and a fancy label. We have been getting great responses from the latest round of cans we did from our summer greenhouse run, the quality of which is very high. A lot of people that N2 have canned for have already sold out.

Right now we are working on getting the canning technology in Washington, and we are also talking to people in Colorado. We are trying to create a good standard of packaging for everyone; for what is convenient and proper for the product. A lot of people think that this is the best way to store and carry around your cannabis. Just like a pack of chew, it fits in your pocket really easily.

Does the Cannabis react to the nitrogen?

Nope. Nitrogen is totally inert, which stops oxidation in its tracks. Even if you keep cannabis in good conditions, over time it will still oxidize and the chlorophyll will break down. So oxygen is one of the most important things to eliminate from storage. Cannabis packaging should prevent the main things that degrade cannabis: sunlight, oxygen, moisture and heat. As long as you keep it from getting too warm you can preserve your cannabis for as long as possible.

Is there any scientific evidence backing up your claim that cannabis stays fresher in a nitrogen-sealed can? Have you done any scientific testing measuring the quality of your cannabis before and after canning?

Very little information exists with cannabis currently. We are currently collaborating with [cannabis testing firm] Cascadia Labs, where we are putting together a pilot research project to test the degradation of cannabis across different containers and environments. We are taking all of the most common containers cannabis storing containers- mason jars, vacuum bags, heat-resistant bags- and putting tested product of all of the same strain into those containers. We are doing a year's worth of test for each container, and we are doing twelve containers for each individual variable. We are trying to see how cannabis degrades in different environments, and see what changes take place in THC levels and terpene quality over time.

Any Results So Far?

Nope, we are just getting our tests off of the ground. Jeremy [Sackett, Co-founder and Chief Science Officer of Cascadia Labs] is really qualified coming out of the pharmaceutical industry, where stability testing was his expertise. We are doing stability testing and torture testing with our products- submitting the cans to high heat and different variables to see how fast they degrade. This will give us a sped up preview of what the tests will be.

Are you marketing your cannabis towards more towards recreational or medicinal users?

Our goal is to keep both in mind. It's very important for medical users to have fresh product last as long as possible. What we've noticed from the dispensary owner's viewpoint is that they really like this prepackaged product for the recreational market because they are trying to streamline their whole customer base. A lot of them are moving towards all pre-packaged product for the recreational side of their store because prepackaged cannabis lets them get people in and out. They don't have to spend time weighing everyone's cannabis.

BUY: The Factory's cans of cannabis can be purchased from dispensaries across Portland and Southern Oregon.