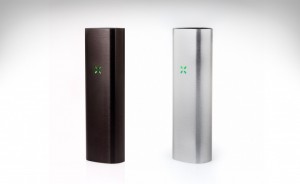 The Pax 2 does for vaporizers what the iPod did for tunes. It's that slick, that intuitive and that handy. This sleek aluminum tube—nearly identical in size to a switchblade—is small, light and discreet. Just hold the tube to your mouth and inhale from the narrow slit on the edge of the black rubber atop the business end. 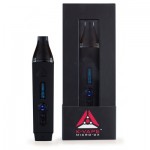 The K-Vape Micro-DX from KandyPens is small and light—about the size of a fat Sharpie. And yet, for portable vaporizers, it also has a huge oven and far more control options than its competitors. This unit's largest-on-the-market oven (it holds more than a half gram) can be set to 80 temperature settings from 350 to 430 degrees. Starting low and gradually increasing the temp

allows you to dial in each strain. 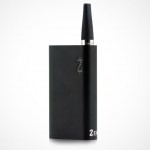 Canada's largest retailer of vaporizers has a new house brand, Zeus Smite, which retails for roughly $100 American, with free shipping to boot. The Zeus Smite is a big-boy vape, about the size of a pack of cigarettes. There are slide-open compartments on top and bottom to hold flower and the mouthpiece. With the mouthpiece on, the vape looks like a little walkie-talkie. There's only one button, which adjusts between three temperatures. On the highest setting, you can feel some heat radiating off the anodized aluminum case.

The V2 Pro Series 7 allows you to ingest loose-leaf cannabis, THC oil and good ol' nicotine on one device. All you do is pop in a different cartridge, which connects to the top with a gentle magnet. The device is light and sleek, however, it's not especially durable—we've had a piece of plastic pop off after a month of use. The oven switches temperatures automatically depending on the cartridge loaded, but it did seem to run a little hot on the loose leaf, producing a harsher mist than normal. The oven is also small—plan to refill if you're going to be out for a while. 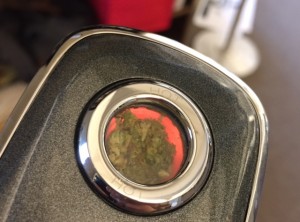 This hefty portable vape is shaped like a giant thumb drive and feels like a Taser in your hand. It has a nifty little glass window to allow you to monitor your bud and a completely idiot-proof two-button design. Once you master the art of massaging the button, fans say you can get a super-smooth draw. We didn't get that far given the heft and a little herb that snuck through the mouthpiece.

Optics are a problem with desktop loose-leaf vaporizers. Compared to your average $500-plus bong, vaporizers tend to look like something you'd get at the Sharper Image to alter the humidity of your home office. Enter the VapeXhale Cloud EVO. Outfitted with the VapeXhale HydraBomb attachment, it gives you a nice rush of bubbles while turning your ground-up flower into vapor. The Cloud EVO is simple to operate—you flip the on/off switch and let the glass heating element turn from red to green. The temperature dial is sensitive, and I was able to dial in each strain to get the right results, though perfectionists might prefer a digital gauge that allows setting it to the recommended grower-suggested temperature. At higher temperatures I got a good, thick cloud of vapor, and because you can lift off and pass the glass topper, there's no need to employ an orange extension cord during a sesh.

Want one vaporizer you can use on the go that will also give you bubbles at home? That's the Cloud V Phantom. The base unit is just $130 and runs at three temperature settings, between 374 and 436 degrees. It's got a reassuring heft without being bulky, and a respectable battery life. But if you're at home and want a water-pipe experience, you can pop off the mouthpiece and attach the $65 AquaBubbler, which gives you cooler, cleaner vapor.

If you're on a tight budget and want a desktop vaporizer that allows setting the temperature digitally, consider this boxy entry-level model. It runs less than $100, and since the technology in the ceramic heating element inside the average Asian-imported model is roughly the same, you might enjoy it. Just let it heat up for a while to burn off the chemical smell that lingers out of the box.