When people talk about the emergence of a new class of cannabis entrepreneur, they mean guys like Attis owner Eli Bilton. Attis is one of Oregon's top emerging chains, with three locations in Portland and a fourth at the coast. The shops offer an experience that's pleasingly consistent, and as is becoming the norm, the selection includes super-premium options and a bargain bin, with very little in between. Sativa-dominant eighths sell particular well in Cully, especially as part of the daily "super sale," when at least one strain will be $6.25 per gram, tax included. Loyal customers can get a shopping card and be rewarded with a 25-cent joint after 10 visits to any location.

where to buy weed in portland 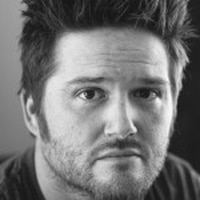 An alleged Twitter legend, Tyler Hurst is trying to figure out if he’s most like the blue, red, or green shell. He's worked with Seth Godin on the Domino Project, written for contact/kontakt, hosted the podcast StorytellersAZ, given a TEDxPhoenixSalon speech, produced CenPhoCamp, co-produced PodCamp and TechPhx, served as founding editor for the Downtown Phoenix Journal and Scottsdale Downtowner, and wrote a book called HipCider. He currently writes for WW, Potlander, and Thrillist.