"Water would be nice."

July 1, 2015 marked the legalization of recreational marijuana in Oregon. Now, everyone can legally grow up to four marijuana plants. Last year, WW had an office grow-off competition. But, this year, we are just trying to get the best yield we can out of our green girls. The four strains growing at Willamette Week World HQ this year are a Texada Timewarp, BC Pinewarp, The Purps and The Big.

You can find the previous week of our office grow here.

In the two weeks since our intern left, I have been tasked with taking care of our rooftop weed plants, a.k.a. “the girls,” as he affectionately named them.

It’s been kind of rough. There were some casualties… but one big win.

We made an important discovery that I hope to god other amateur gardeners make: We needed more water. Like a lot more water. If our plants could talk they no doubt would’ve quotes the wise words of Spongebob: “Water would be nice.” 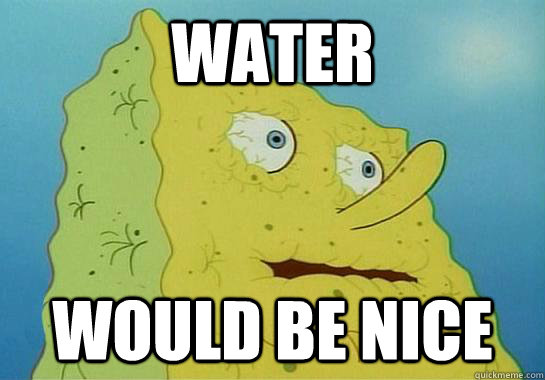 For anyone else who has even a hard time keeping even a hip succulent alive, here’s how to tell if your plants need more water.

1. Lifting the cloth pots should be extremely difficult. The heavier they are, the more water they’re holding. Pretty basic stuff, but just giving ’em a lift every day is a better indicator than just feeling the soil.

2. If you reach into the pot and feel the roots, they should have expanded to the edges of the pot, which means they’re growing strong. When you reach into our pots, all you could feel was dry dirt.

But because the girls are on the roof, bringing adequate amounts of water up was difficult. I was climbing our office ladder three or four times, carrying 1/2 gallon growlers full of water in a backpack. I’d dump an entire growler on each plant, which I thought was enough, but was nowhere near enough. The laborious method didn’t lend itself to adequate watering—plus, it took about 30 minutes. We realized we needed a better system.

So we invested in a hose. We secured it on our faucet near our entrance and then threw it up onto the roof. Now, I fill a five-gallon bucket a couple of times and water each of the plants until a little bit of water is coming out the bottom of the pot. I’ll scale back on water in the next couple of days, but they’ve been bone dry for so long that I’m trying to get their thirsts fully quenched. 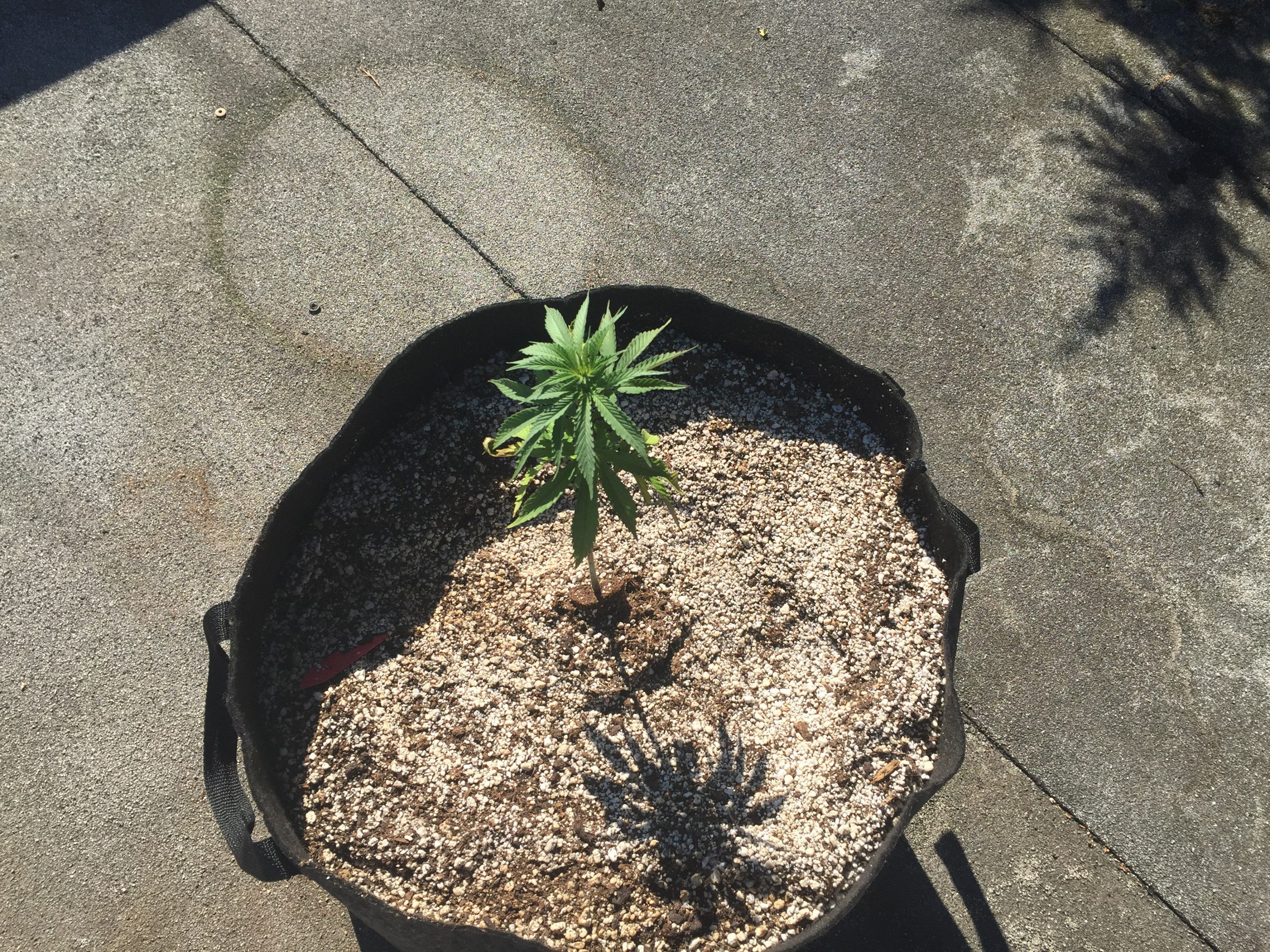 Sadly, there were two casualties this week. We said goodbye to two little guys in pots and replanted one of them in a cloth pot. There hasn’t been any growth since I replanted the little guys, but we’ll give them a couple of weeks before we give up on them.

The three large plants have been thriving since being properly watered. They’re becoming denser and taller. Every day, I pick off the small or dead leaves in order to let the air circulate in the plant.