Innovation is great. Everybody loves the industry leader that changes the game with a fresh idea. But what happens next? Well, when an idea is good, hopefully the less-innovative entrepreneurs out there fine-tune it, making better, cheaper or better and cheaper products that do the same thing.

In the cannabis world, we're seeing a lot of this now, as upstarts refine existing designs and give consumers choices. Here are three new products that stand out.

RUBI
$50, KandyPens.com
I've previously noted how much I love the Era, the new oil cartridge pen from industry-leader PAX. Well, here's a competitor that doesn't shy away from a direct comparison.

The RUBI, from Kandypens, is sort of the Skechers version of the Era, which itself is an adapted version of Pax's nicotine vape, the Era.

Unlike the Pax products, though, the RUBI uses a refillable cartridge, and will hold both nicotine salts and cannabis oil.

The small design is just as sexy and pockable, and while I generally don't like filling my own cartridges, I found that the RUBI's design is pretty much foolproof—there's a small rubber stopper that fits neatly in the side of the cartridge, and then slips tightly into the battery.

The interface isn't quite as slick—there's no Bluetooth app or motion sensor—but the big battery, one-milliliter capacity and ability to refill are all nice. So is the fact that this baby is leakproof. In my testing, not a drop leaked after lots of pocket jostling. MARTIN CIZMAR.

Honest Blunt
$50 for a pack of six, honestmarijuana.com.

The glory of the cigarillo is in its rich, savory sweetness. And so it is with the Honest Blunt, a new product from Colorado's Honest Marijuana Company, which is a machine-rolled blunt wrapped in organic hemp.

I was never really a champion of the blunt in my adolescent days—it was rare I had the sheer volume needed to fill it, the amount of time and space needed to roll it, and the amount of spit needed to keep the thing together. But when my friends and I got the Dutchie right, and peeled through the shire-like byways of rural New Jersey, it almost seemed worth it.

There's a reason the cigar has more dignity than the cigarette, and this blunt ranks with the best of my memory. Though the machine-wrapped roll was a little loose at the tip—I had to wet it and smooth out the creases, which otherwise funnel air between drags—it burned evenly and nicely.

It's surprisingly smooth, mellow, and tasty like a light tobacco. The whole thing is a 100 percent organic marijuana, and doesn't pinch in your chest like a traditional blunt rolled with tobacco leaf. SPENCER WINANS. 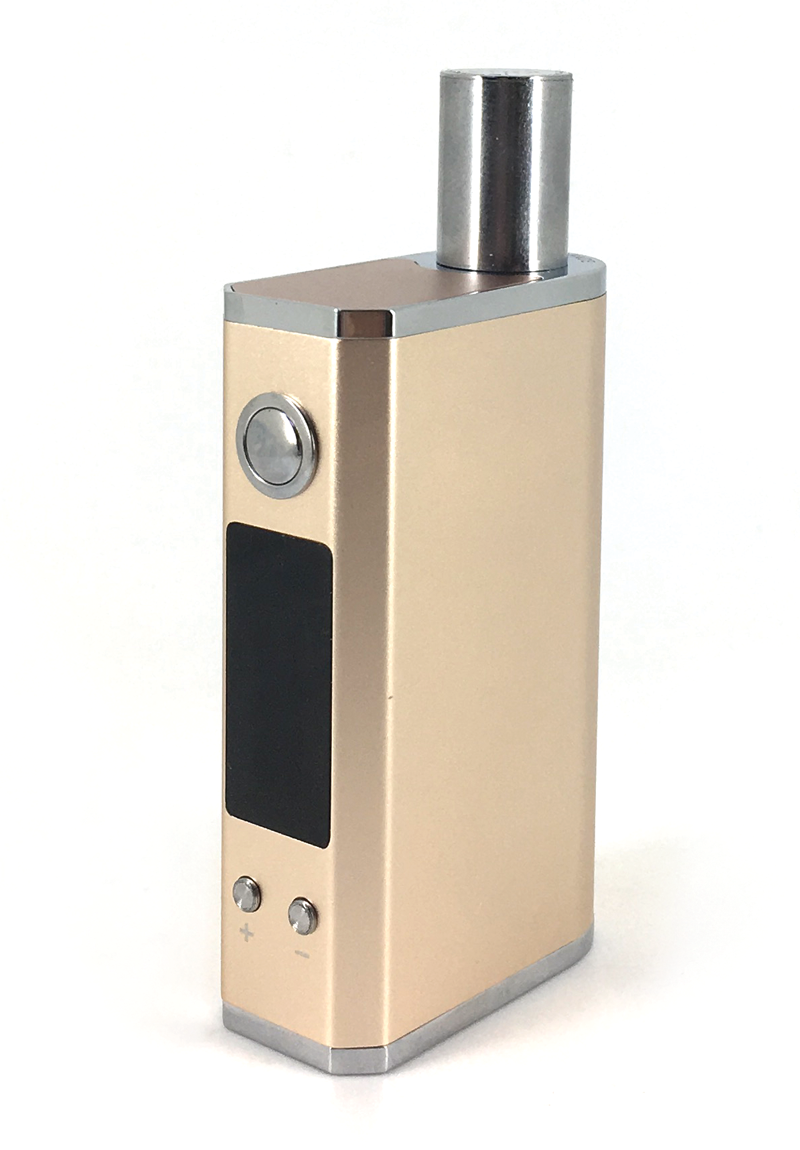 When it comes to loose-leaf vaporizers, everyone wants convection—the ovens get a more even toast on the flower, avoiding the common problem of opening the chamber to find a black spot and a bunch of burnt-smelling but untapped weed around it.

The problem is that convection ovens tend to be either large, like the classic Volcano, or expensive, like the $300-plus Firefly.

Enter the Linx Gaia, a budget-friendly vape that's mostly convection and has a quartz chamber that's a dream to clean. Also nice is the familiar modbox design, which makes this palm-sized device look like a nicotine vape.

Unlike other vapes in this range, there is no hint of cheapness to the build quality. The Gaia is solid, with reassuring heft and a glass mouthpiece.

The only real issue I have with it is the air insulation, which helps keep the size small by not using insulation. It works pretty well, but the area near the vent runs a little hot if you're on the upper end of its temperature spectrum.

The other features are by now familiar—five clicks to power on, temperatures arrow up or down—but, most impressive is how Linx got the little things right, by building the pick into the base and including a micro-USB charger that also has an iPhone-friendly Lightning adapter on it. This is a huge bonus for those us still allergic to non-Apple devices.

If you're looking to get a new loose-leaf vape under $200, this is what I recommend. MARTIN CIZMAR.