Amazon Prime day starts on July 16 at 12pm PST and will last for 36 hours. The once a year sales spectacular is Amazon's answer to Black Friday. The site offers their biggest annual discounts on items in pretty much every category. But remember: In order to qualify for the deals, you need to be an Amazon Prime member. If you're not, you can start a 30 day free trial here.

There are all kinds of special offers that Amazon is throwing around to promote the event. (Here's one: Get $10 when you download and sign in to the Amazon App for the first time.) You're going to want to keep an eye on the Amazon Deals page in the days leading up to the sale to see what kind of sneak peek discounts and flash sales they offer.

Even if you're a light online shopper, there will be a deal that gets you excited on Monday. The list of products that will be on sale isn't released in advance, so stay tuned to Cool Stuff where I'll be rounding out the best deals for every category on Monday. I'll also be updating you throughout the day on flash sales that shouldn't be missed.

To give you a preview of what's ahead, here are four of last year's best sellers.

This pressure cooker was the surprise hit of last year's Prime Day. The Instant Pot device combines seven kitchen appliances in one: pressure cooker, slow cooker, rice cooker, steamer, sauté, yogurt maker and warmer. In practical terms, that means this Instant Pot can make everything from a mushroom risotto to chicken curry, goulash, macaroni and more. (See a full list of potential recipes here.) Note that prices range from $80-$120, depending on size.

Surely you've heard a friend or family member go on about this kit at a barbecue or holiday dinner. The DNA test that offers you insights into your ancestry, genetic traits and health – and only requires a saliva sample – sold out on Prime Day last year. Personally, I find it a bit violating to voluntary offer that kind of deeply personal data to a private corporation, but if you're willing to sacrifice your privacy to clear up your genetic history, their reports are detailed and fascinating.

Nintendo knocked it out of the park with their latest gaming system, the Nintendo Switch. The 21st century Gameboy that sold out on Prime Day 2017 is truly revolutionary. It's design allows you to dock it to connect it to your television when you're home, or take it on the go. I have yet to meet any Switch owner that doesn't swear by it. And the latest Legend of Zelda that was released with the system is not to be missed.

Don't be surprised to see Amazon promote their own products again this year. Last year, the Echo Dot was the #1 best seller on Prime Day. The voice-controlled device that uses Alexa to play music, control smart home devices, make calls, read the news and more is one of the most basic and affordable Amazon-branded items. I picked one up, and to be honest, it's mediocre. Sure, it's cool to have a robot respond to your voice. But it was never impressive enough to force me to change my music and news habits. That said, nobody knows what Amazon item they're going to push from Prime Day this year, but the smart money is on the Dot's more advanced sibling, the Echo Show.

Any questions in advance of Monday's sale? Hit me up in the comments below. 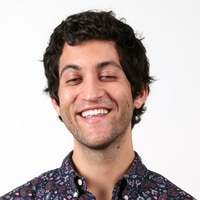 Bo Jacober has written the “Cool Stuff” column for Willamette Week since 2018. Previously, he worked for WNYC in New York. He splits his time between his home neighborhood of Irvington, and the SW Washington Street halal carts.