Can a laxative tea make all your unhealthy body image-based dreams come true?

Editor's note: Did you know more than 50 percent of the population is born with female genitalia? And that a lot of those people grow up to identify as female, gender-wise? And that there are even some people born with male genitalia who grow up to identify as female!? We know, this information took us by surprise, too. So we've decided to start a column that explores the crazy, mysterious world of femininity. May we present to you: Lady Things. 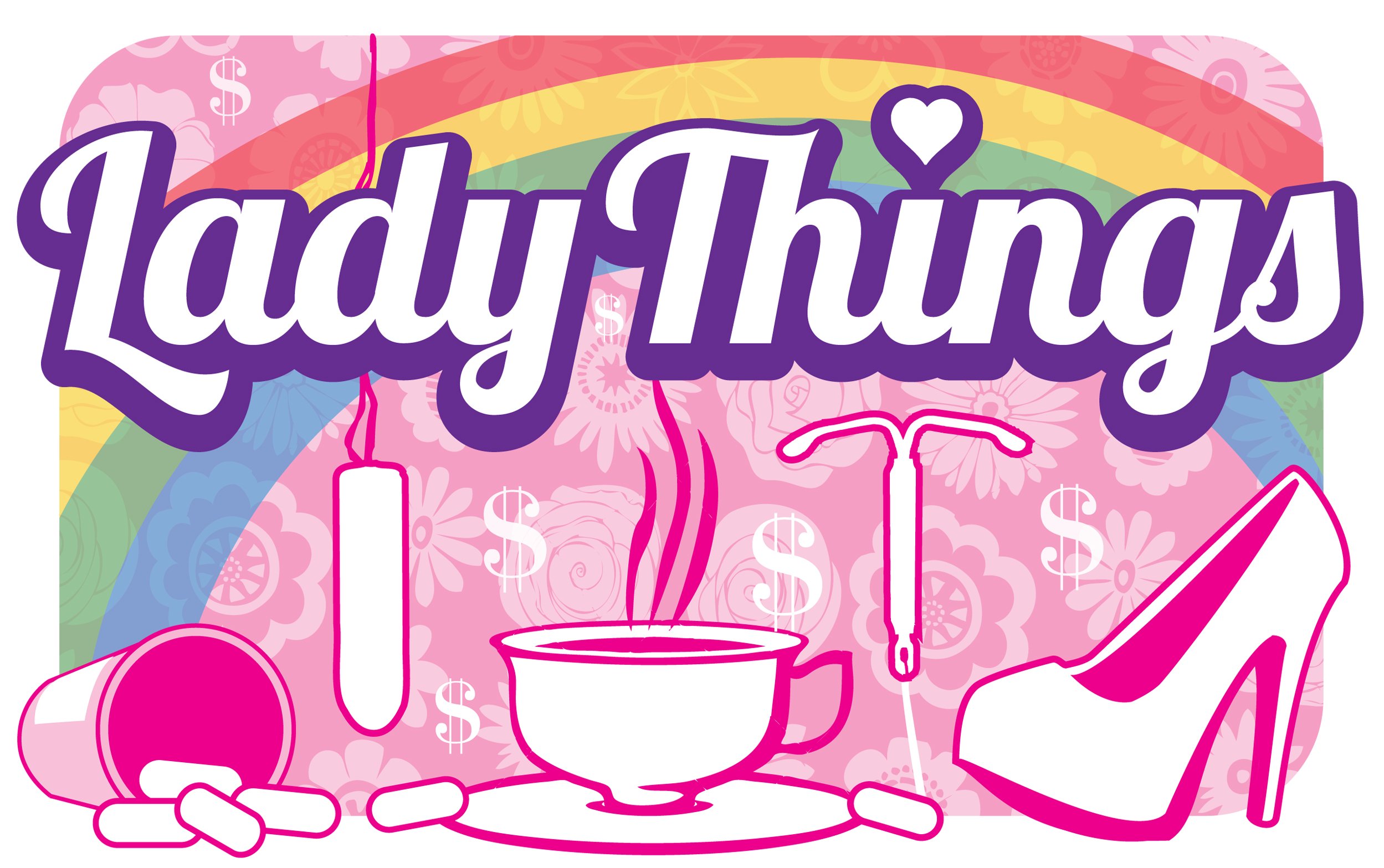 Everyone wants to be skinnier. I don't condone it, and I blame The Man and I wish it weren't true, but except for those few naturally extremely thin types who are always saying things like, "I wish I could gain weight!" most women in America, and probably a lot of the men too, feel like they would have more value to society if they were just like, you know, 10 pounds lighter.

Once, at a time in my life when I was eating only Starbucks food, smoking as many cigarettes as possible and doing tons of yoga, a yoga teacher asked me if I wanted to join her boot camp to "tone up." It was a weird time, but I did look really good naked, probably the only time I've thought I looked good naked in my entire life. So I told her, "I'm actually feeling pretty good about my body right now." She looked at me aghast.

These days I am older, I live in a world where apparently it's harder to be skinny than ever before, I rarely smoke cigarettes, and I am generally happy enough to eat three square meals a day.

If I, at 33, am so susceptible to creeping self-doubt and body discomfort, what about the children? Take, for example, the 38.1 million children (OK and me) who follow Kylie Jenner on Instagram and hold her up her as the model of what a perfect, beautiful, sexy person of worth should be.

Kylie posts pictures of her charmed life, artificially inflated lips and hot, barely legal bikini body on her Instagram page every day that garner thousands of likes, making her a perfect vehicle for advertisers. Want to look like Kylie so you can 'gram your thigh gap next time you're wearing your Gucci two-piece in the hot tub? Well, why not try SkinnyMint Detox Tea!? 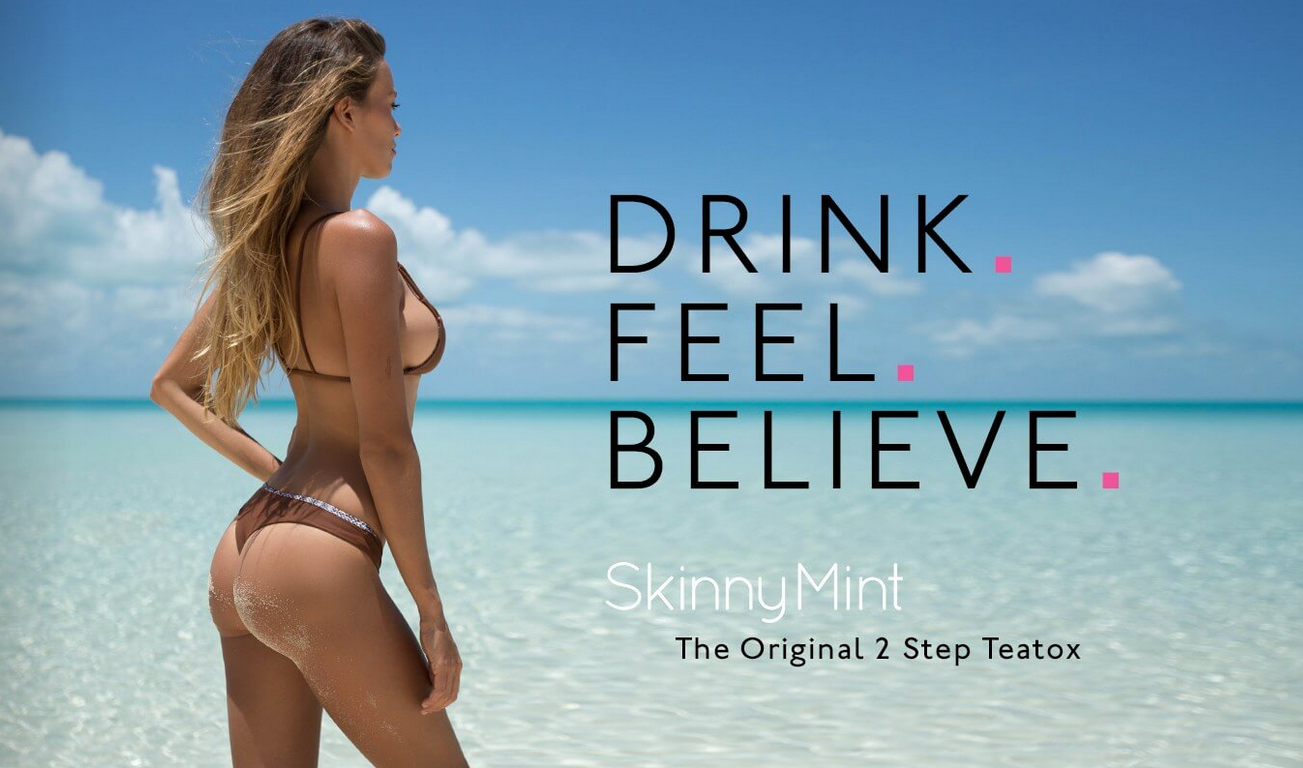 "Drink. Feel. Believe," proclaims the website, over a picture of a woman staring off into the ocean, her perfect ass nicely dusted in sand. "They've got results…what are you waiting for?" asks another page full of before-and-after pictures. Never mind the grammar issues. Grammar issues are something a person waiting would bring up. A person who isn't ready to believe.

A lot of people eat this detox thing up. It's "all natural," after all (technically meaningless), and it's tea! What's the worst that can happen? Your grandma drinks tea, for crying out loud.

So I emailed SkinnyMint, explaining I am a journalist, and promptly a FedEx'ed package arrived for me from Singapore, with photos of even more beautiful women and even more inspiring slogans. "Stop wishing, start doing," said a pamphlet on how to do the cutely named "teatox." It suggested you walk more and do "clean eating" (also technically meaningless). The packaging was full of vague but slightly sinister text. The ingredients come from "the best regions" (not Syria then?), but: "Remember, we advise you to take one month's break from the powerful Night Cleanse before starting your next Teatox." 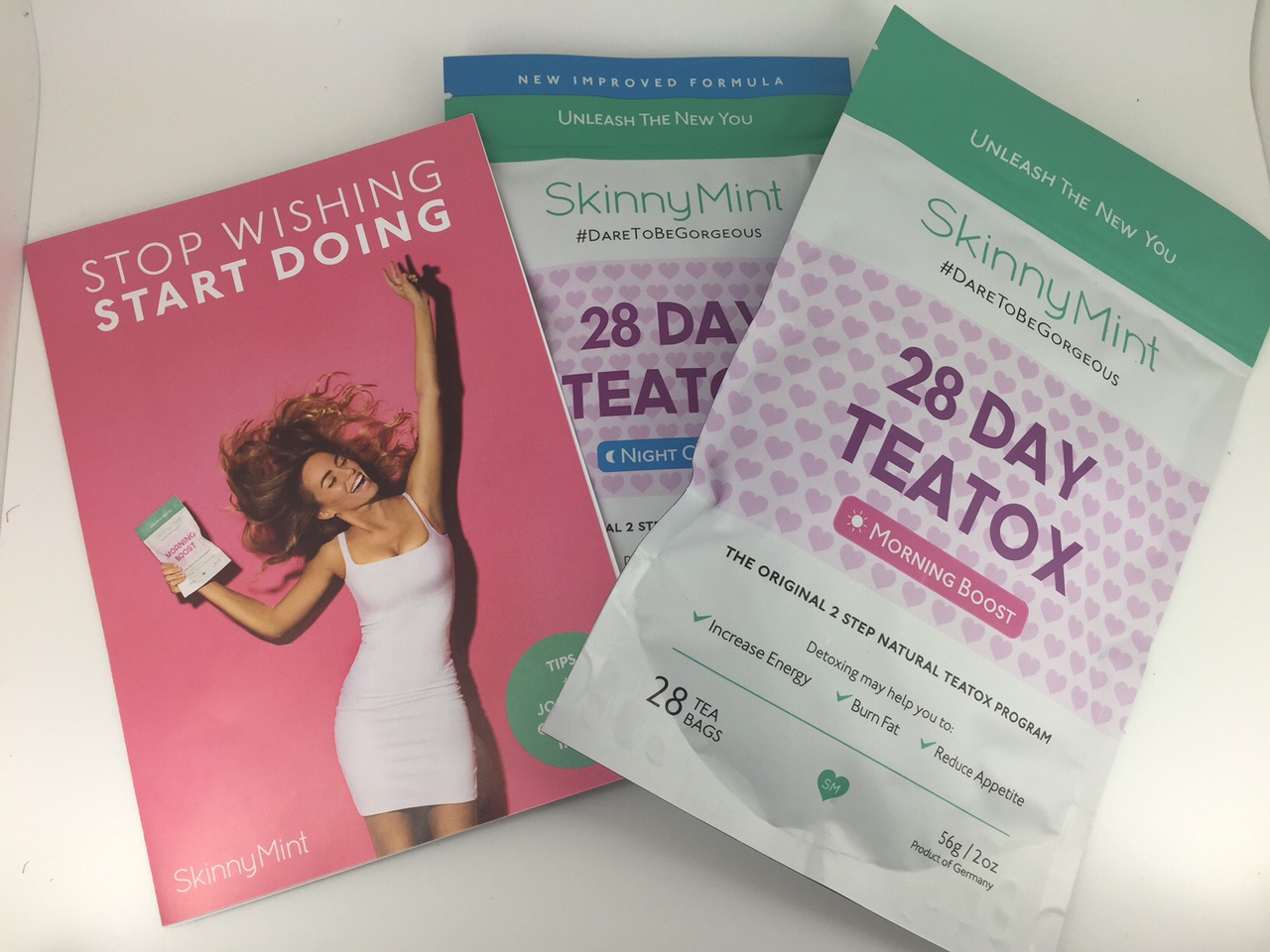 The "teatox" involves a morning and a night tea, and the Night Cleanse part was most worrisome. The package said, "Cleanse and Revitalise your Body," challenging ideas of meaning and what capitalization should look like. And in the "How to Use" section, next to a smiley-face icon, it said: "Gentle laxative effect might occur to naturally cleanse and detoxify your body."

I began to wonder if they have any legal restrictions on detox teas in Singapore. So before putting these "all natural," "best region"-based things in my body, I decided to do at least the barest of Google searches. A website called Diet Pills Watchdog suggested the effects of the tea might cause both dehydration and excessive pooping, but I figure, you know what, beauty involves sacrifice and this is science! I made myself a cup of "Morning Boost" tea.

The morning tea has caffeine and tastes like a florally herbal tea. I didn't mind it and decided to take what I imagined was a proper "before" picture. 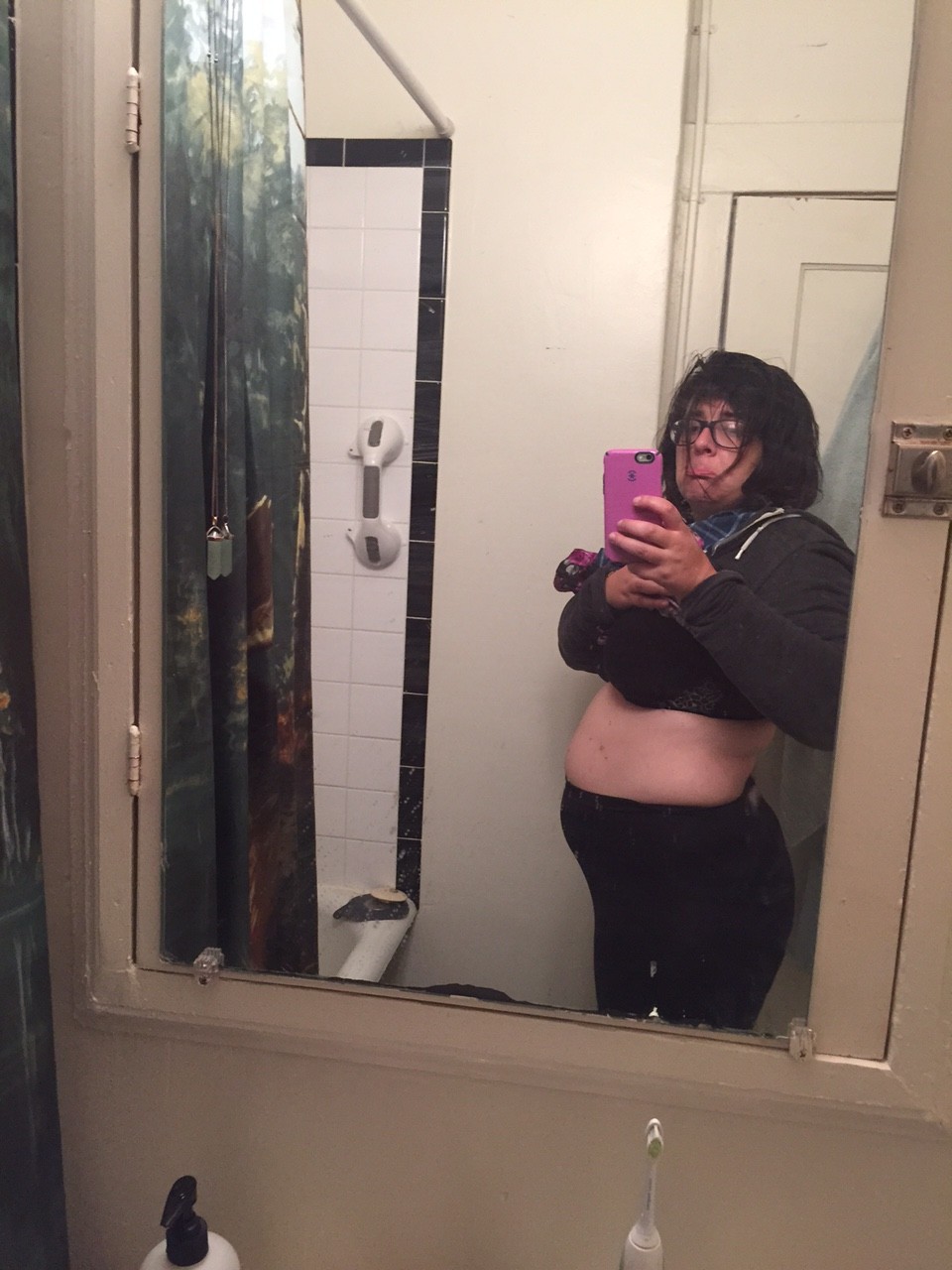 Oh how sad I looked. So "bloated." So disheveled. That night I tried my first "Night Cleanse."

I woke up in the middle of the night with my heart racing and the sudden, awful idea that there could literally be anything in the tea I was drinking.

But I'm no quitter. So in the morning, I went to work, drank the Morning Boost and then began to shit my brains out. Sorry. That's just the technical term for what a laxative does to you. Apparently. I'd never taken one before.

At this point, I began looking for experts who could tell me not to drink the tea anymore. I sent out several emails to people at OHSU who seemed like they might know about supplements. But I didn't stop. See above paragraph. Still not a quitter.

As prescribed, I skipped the Night Cleanse the second night. On Day Three, I shit my brains out again.

Still, I did not give up. On Night Three, I drank Night Cleanse for a second time. On Day Four, as expected, I continued to shit my brains out.

Now I was also feeling kind of woozy. I was trying to drink a lot of water, but somehow, it wasn't enough, and I felt dehydrated and disconnected. My boyfriend was giving me concerned looks. I drank Morning Boost on Day Five and my emails became slightly more urgent. A doctor at OHSU named Linn Goldberg had responded, saying he could talk over the phone, and when I didn't hear back from him I wrote:

Four exclamation marks from a doctor were enough. I wrote my boyfriend and told him I was stopping.

"Thank you for stopping!" he wrote.

I wrote my best friend and told her. Her response was: "Quitter."

So what is in Kylie's tea, and should you drink it to make yourself look like her? Well, it's difficult without expensive lab tests to determine what is actually in anything that isn't regulated by the FDA. And even then, things might not be safe. And yes, laxatives will definitely cause you to lose weight. Laxatives are one tool that people suffering from bulimia use, which isn't exactly a resounding endorsement. But it seems pretty obvious that diarrhea isn't good for you or "detoxifying." You know what's "detoxifying"? Your goddamn kidneys. Nothing else. It's a nonsense word.

If you want to lose weight, have someone break up with you. Take up a regular cigarette habit. Stop eating carbs. Or sure, fine, take laxatives. But all of these are temporary. For women, especially, weight fluctuates. Why not, instead of hating yourself and the body you live in, accept that it is yours and exists in this moment, and from there work to make it healthy, no matter who thinks it's fuckable.

Or, you can try another tactic.

Stay tuned for next week, when discuss my experiments with a waist trainer.