Lady Things: 11 Facts You Need to Know About Menstrual Cups

Here is all the information you are ever going to need if you're deciding whether or not to use a menstrual cup.

Welcome back to Lady Things, the column where we acknowledge that there are a very large number of people in the world without penises*, and we address those people and the issues that pertain specifically to them.

[*Some ladies do in fact have penises, but we are using this for rhetorical effect and because it's fun to type the word "penises."]

Last week, we began what will surely be an ongoing conversation about one of Eve's many curses: the shedding of one's uterine lining every 28 days or so, if one does not have a fertilized egg attempting to live in one's uterus. In that column, I brought you creepy Halloween tales of the horror of tampons.

This week, I want to offer a possible solution to the problem I presented: What do you do when you are a menstruating woman who can't stand pads, hates tampons and yet does not want to take hormones to stop her period? 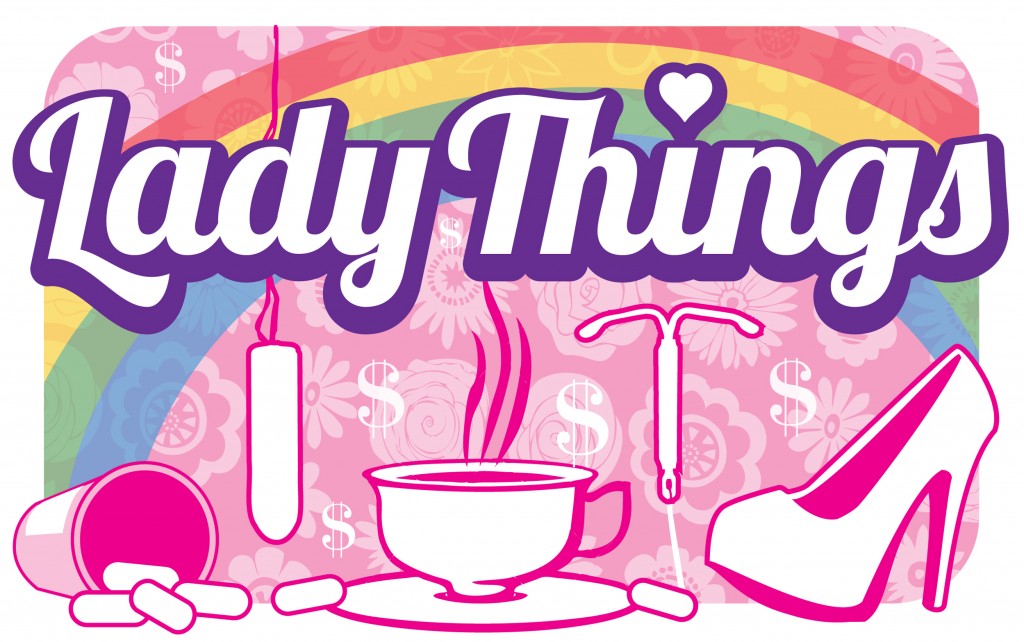 Last year, I saw a Kickstarter campaign for a collapsible menstrual cup and ordered it, sort of experimentally. But after an unfortunate episode with a tampon humiliated me in front of one of my childhood heroes (see last week's column), I decided to really try the cup, even though it filled me with dread.

What is a menstrual cup, you ask, and why did I dread it? Well, it's a cup that goes inside a vagina and catches period blood and goo related to not-pregnancy, which the owner of the vagina must then remove and empty.

I dreaded it because, I mean, gross, right? It requires touching your parts and the possible spillage of blood. When I was a young person, I was definitely not into parts-touching. And anyway, the only people who used menstrual cups were hardcore, let's-look-at-our-vaginas-in-mirrors hippies who called periods "moon cycles." I'm just a lifelong Girl Scout from Oregon who once took a month off from work to go to yoga school—I'm hippie-lite.

But nowadays I am the person who buys my tampons. Add that to the Pacific Garbage Patch and the possibility of leaving tampons inside your body, and I thought, fuck it. Let's do this thing.

I have now been using my menstrual cup for almost a year. Fact: I love it, and it has totally and completely changed my life. I don't spend as much money, I know what's going on with my body in a clearer way, and I haven't ruined a single pair of underwear since I started using it. But I am wary of people who are too excited about products. Are they shills? Are they idiots? So for this piece, I wanted a wide range of opinions and ideas about using cups. What follows is a list of real advice and stories from users of menstrual cups, solicited from my readers and friends. Most of them have chosen to remain anonymous, so Googling them doesn't result in knowing about their menstrual habits. Obviously, I have no issue with that.

1. Do some research. A quick Googling introduced me to what I am calling the Best Teenager on the Internet, Bree Farmer, a British girl who reviews menstrual cups. Just watch:

Sometimes I imagine my mom feels so sad when she thinks about all the things I got to do that she did not, like wear pants to school, play actual sports and be what I wanted to be when I grew up. That's how I felt when I first watched Bree's videos. Like, fuck, I wish this girl was around when I was a kid.

Bree got me psyched to use a cup, helped me believe this might change my life, and let me know it was normal to have trouble getting it in and out the first few times. If you want to know about a specific cup, chances are she's thoroughly reviewed it.

2. Know where your cervix is. Listen to Bree. Figure out if you have a high cervix, a low cervix or somewhere in-between. Yes, this involves sticking a finger inside of your body, but hey, it's your body! Time to learn about it—it's the only one you've got. Jennifer, a friend of the column, told me:

Not everyone's cervix is the same, or even in the same neighborhood. Just ask Jessica:

3. They can be very difficult to get in their properly. Pretty much everyone struggles at the beginning. Sometime, the struggle is too much. Laura says:

3. Also, they can be hard to take out. This is a theme. Many of the people who wrote to me with stories of using cups have had trouble removing them. I have too—in fact I ended up having to get a replacement cup when I pulled too hard on the stem of my Lily Cup Compact and RIPPED THE WHOLE THING OFF, leaving a gaping, dripping hole in my now-useless cup. Luckily, they sent me a new one right away, and I've started doing less tugging and more pinching to break the seal.

Other people's tales of stuck cups cover a wide range. They go from the mild— "It's like sticking a mini toilet plunger up there. The suction is quite strong"; "I guess a few times I've had trouble getting the cup out (this new Diva one I have has a short stem), but if I relaxed and squatted it was fine"—to the epic:

One reader wrote to me with this story of menstrual cup trauma from the '70s:

4. Another thing that might happen: a bloodbath in your work restroom. Another reader who uses the Diva cup had this to say:

6. You can totally use a menstrual cup with an IUD. At least according to my former Girl Scout campmate, Dodger:

UPDATE: Not everyone agrees on this, though. One commenter says:

7. Airplanes may cause you some trouble. Dodger also had this warning to the menstruating flier:

8. There is something oddly satisfying about seeing your blood. It's like doing a science experiment on your body once a month. With tampons, you just see a reddish, brownish cotton wad, but with a menstrual cup you can see the consistency and amount of the stuff coming out of you. Multiple people mentioned this to me:

9. Unlike used tampons, you can give your used cup away if you don't like it!

10. You can hold on to your menstrual cup for a very long time. Jennifer again:

11. This seems obvious, but do not drink from your menstrual cup. Pictured above.

So, yeah, it's hard, and you shouldn't drink from your cup, but if you can make it through the first few months and you take the time to find the cup that fits you best, you will save a ton of money, know more about your body, save yourself time on trips to the bathroom, and do something good for the environment. I've used my menstrual cup swimming and at yoga and it always works absolutely fine.

Which one should you get? Well, there's the Diva cup, which you can get at New Seasons for $41.99. Also mentioned as good cups by people who told me their stories: Lunette and MeLuna. I use a Lily Compact, but I kind of want to get a bigger one now that I am such a pro. Watch Bree's videos, measure your cervix, and decide for yourself!

And thank you so much to all the people who wrote to me and told me about menstrual cups! You guys are the best ladies out there.

One last thing from Bree, a period video for transgender women, because we here at Lady Things acknowledge not all ladies get their periods:

Hey, share your stories in the comments! And next week we are taking a week off from Lady Things. But when we come back in two weeks, get ready for something NOT PERIOD-RELATED. This one's for you, Mark Kelly!