Like a speeding L-Train rolling down the track, he's gone and he's never coming back. LaMarcus Aldridge decided the Trail Blazers didn't have what he wanted and left for San Antonio, searching for championship self-actualization and a lower income-tax rate. Then, everyone else left or got shuttled out right behind him. Wes Matthews. Robin Lopez. Arron Afflalo. Nicolas Batum. Steve Blake. Joel Freeland. Alonzo Gee. All gone.

This exodus has left the Blazers—barring shocking breakout seasons from half the damn roster or something—destitute and broken. There is no objective reason to believe they are going to be competitive this season. They will hemorrhage away leads, create brick houses, play fourth quarters where they float into the river and sink, like an old, rusted-out barge.

That's not to say, though, that it's going to be a waste. Tickets will be cheap on that old secondhand market (take the whole family!), and the team is flush with young talent and flexibility. The Blazers have been so same-y for the last three seasons, running an offense around Aldridge's extraordinarily boring gifts and limitations, that the prospect of watching a new thing come together around Damian Lillard and a primordial ooze of mishmashed new role players could be as interesting as the last thing.

But who are these new players? What do they do? What could they do? Here is a cursory introduction of the newest Trayzers (™Corbin Smith), in alphabetical order:

All illustrations by Whitney Salgado. 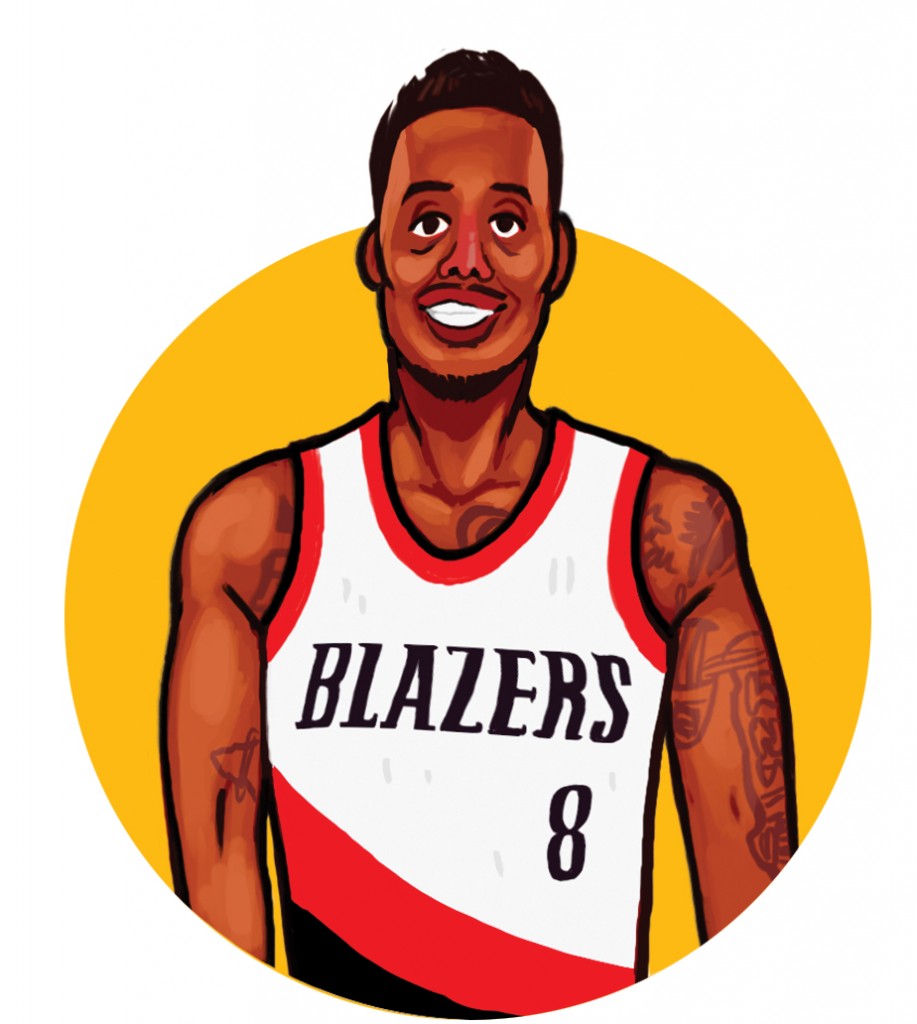 The first free agent signed by the Blazers this summer, Al-Farouq Aminu is a monster defender of wings and power forwards, but he has traditionally struggled to provide offensive value. A player with his defensive skill set is expected, in the modern game, to shoot threes at a decent clip and assist in spacing the floor, but Aminu only managed a 27 percent mark last season. But he's only 25, about as young as a dude on his second contract can be, and could still manage to put a decent shot together. I wouldn't bet my condo on it, though. 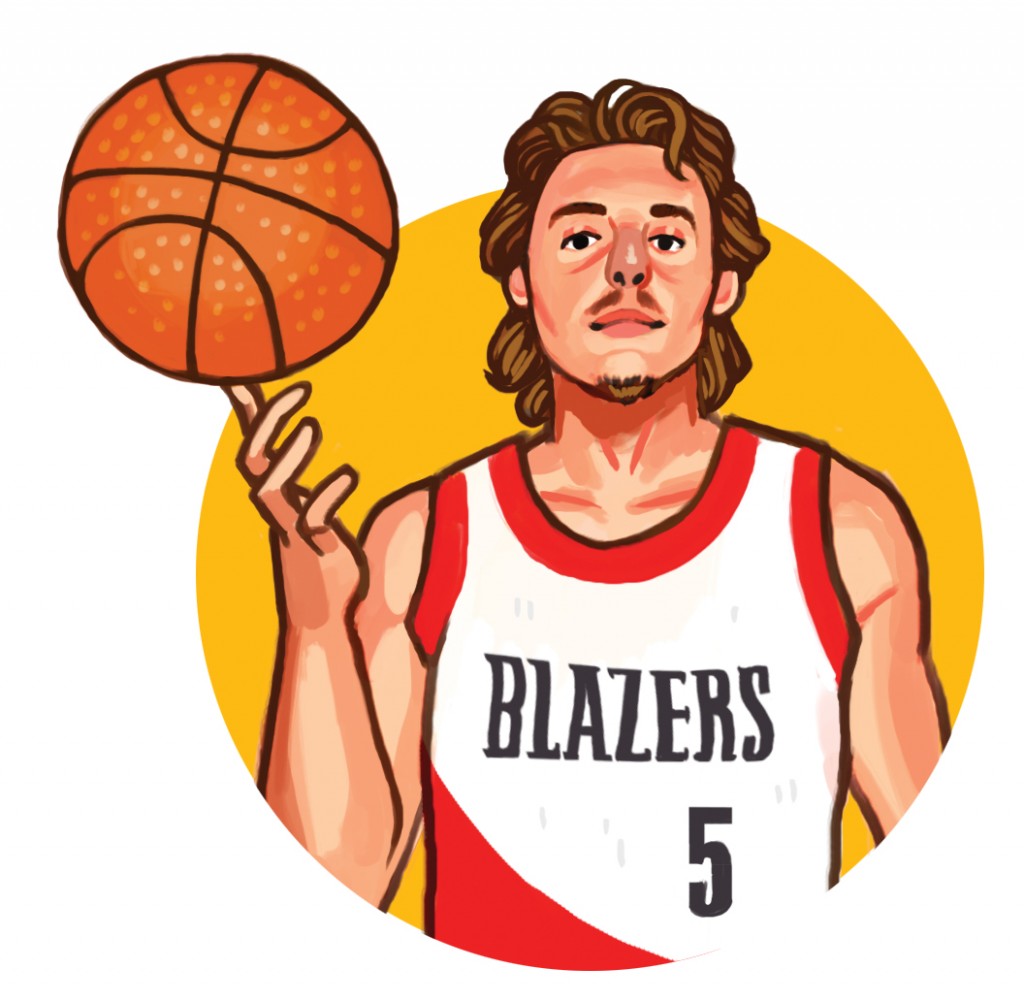 A draft pick for both the Blazers and the Baltimore Orioles, Pat Connaughton is an extraordinary athlete. The right-handed pitching prospect allegedly has 96-mph fastball and has flashed some potential with his off-speed stuff. Unfortunately for the Orange Birds, he has chosen to forsake the life of a minor-league grinder and pursue the more immediate gratification of playing in the NBA. He was an able shooter in college, and has the physical profile to be a good defender.

SORT OF RESEMBLES: Danny Ainge, but only because they're both white and played baseball. Practically, he resembles K.J. McDaniels, a wicked athletic wing who plays for the Houston Rockets.

BEST-CASE SCENARIO: He's a 3-and-D wing who occasionally gets a sick block at the rim.

WORST-CASE SCENARIO: He becomes a 32-year-old middle reliever in the Diamondbacks' system. 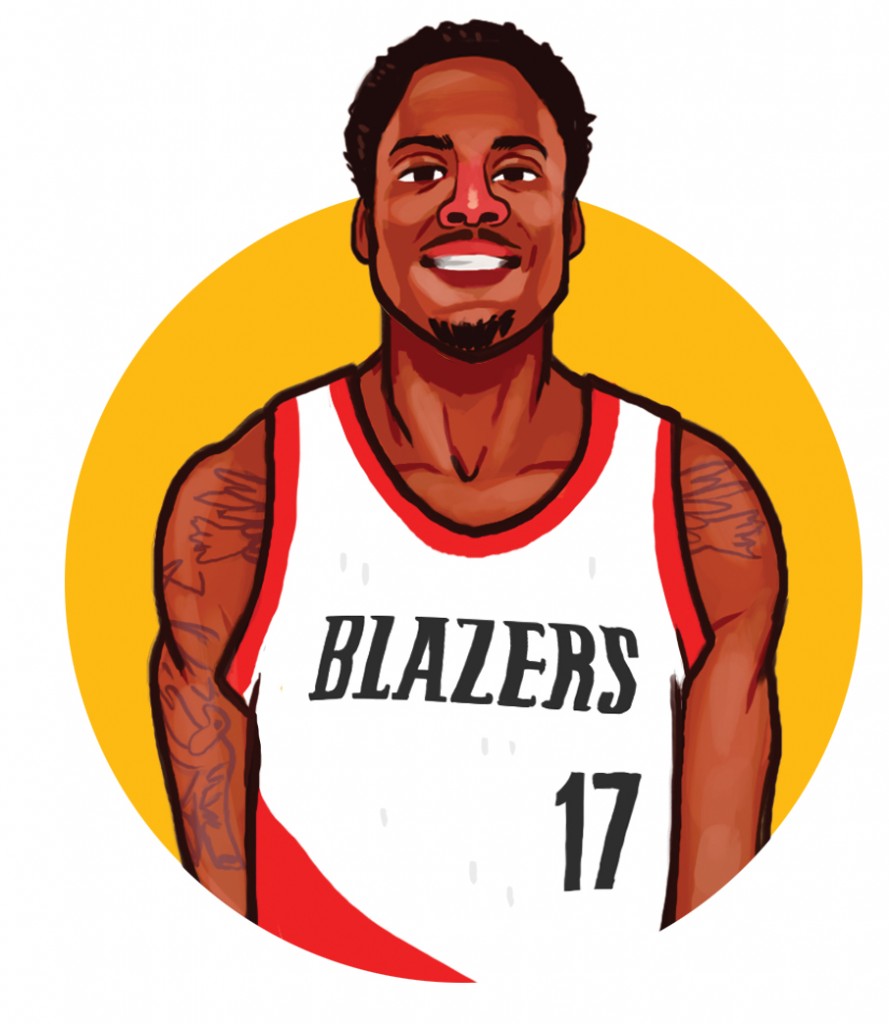 Ed Davis is an NBA power forward, like his father, Terry, before him. His children will be NBA power forwards, and their children as well. He rebounds, but not extraordinarily well. He shoots, but not from 3-point range. He isn't a plus defender, but the boat isn't going to sink if he's in the hull. He keeps his head low, so he can play until he retires. There is a silent nobility in all mediocrity. 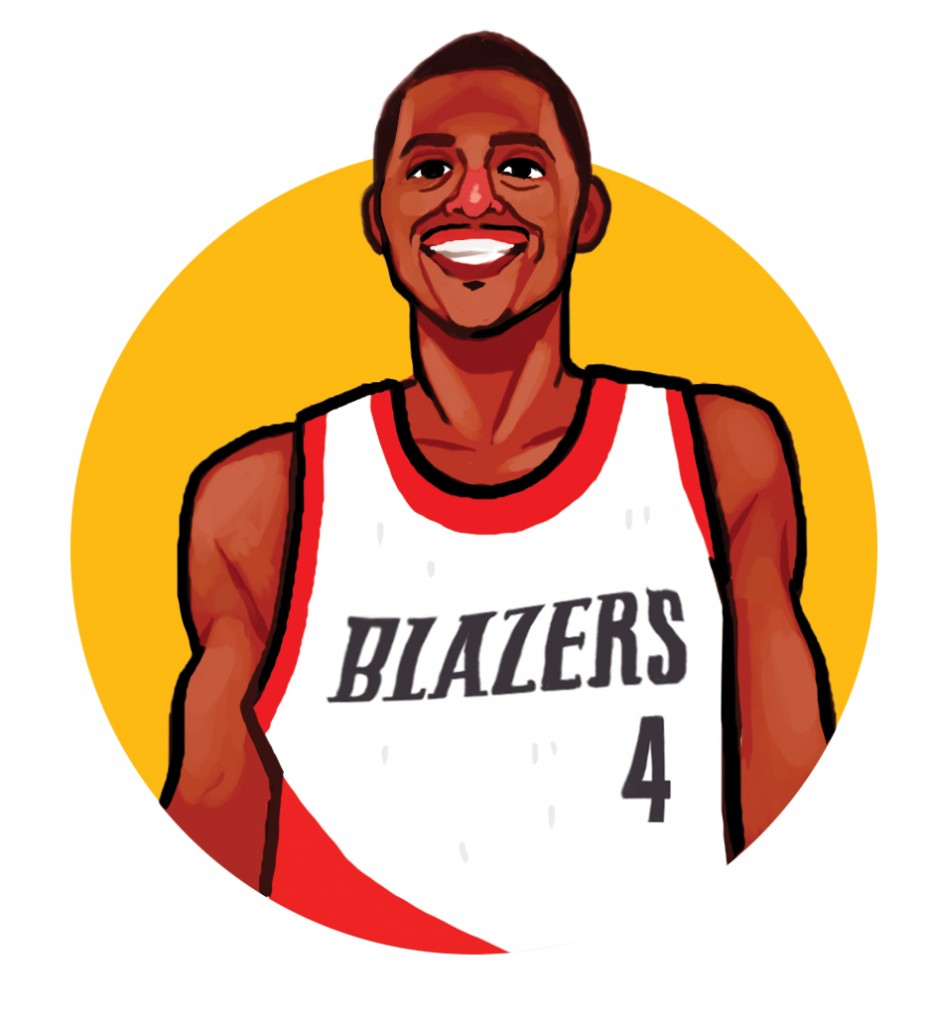 Maurice Harkless is a wing with a penchant for exciting plays and inconsistency. His minutes and production bombed out last season, and he will be scoping out a return to the modest glory of his first two seasons in the league.

SORT OF RESEMBLES: Will Barton, but with more minutes played and less stringy energy.

BEST-CASE SCENARIO: Discovers some consistent skill he can exploit, has lengthy NBA career. 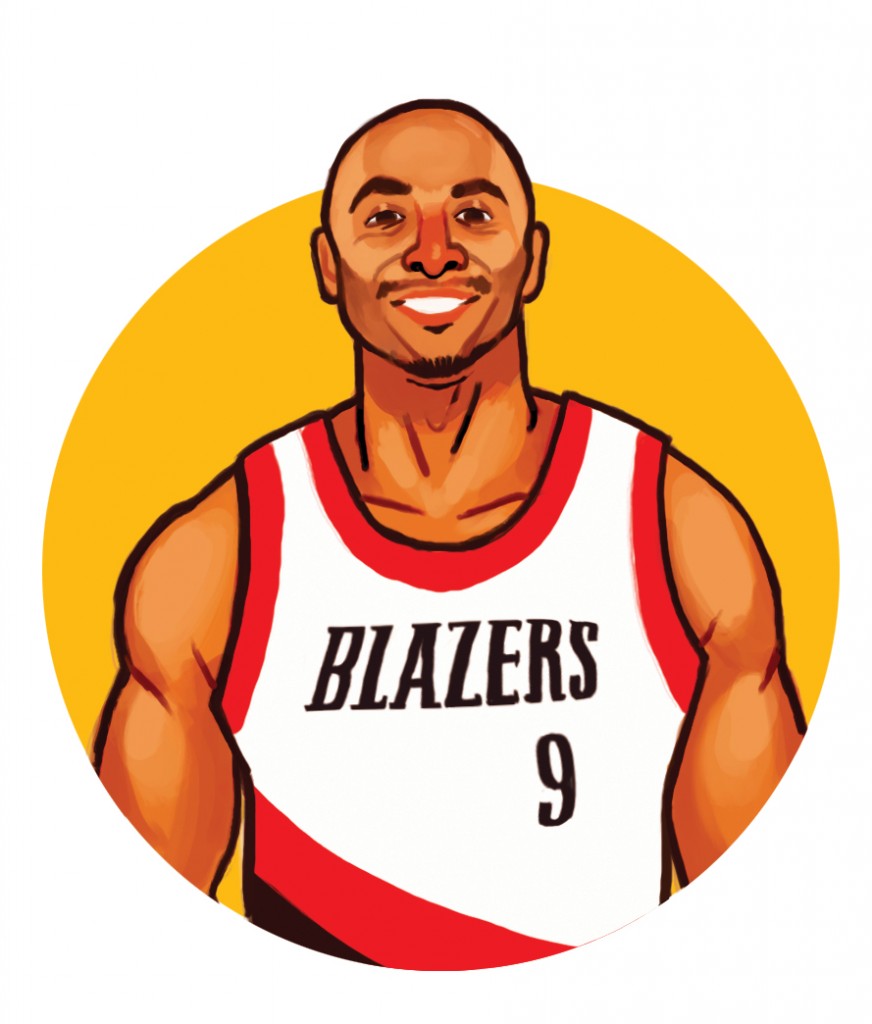 Gerald Henderson is perhaps the most standard possible NBA player. He plays on the wing, makes about a third of his 3-point shots and is not regarded as a catastrophe in any one phase of the game. He was on the 2011-12 Charlotte Bobcats squad that holds the distinction of being the worst NBA team of all time, winning-percentage-wise. He also dunked on Dwight Howard once.

BEST-CASE SCENARIO: Plays in the NBA for another 10 years, drifting from team to team, making the playoffs about 40 percent of the time.

WORST-CASE SCENARIO: The same, but spends two years in China. 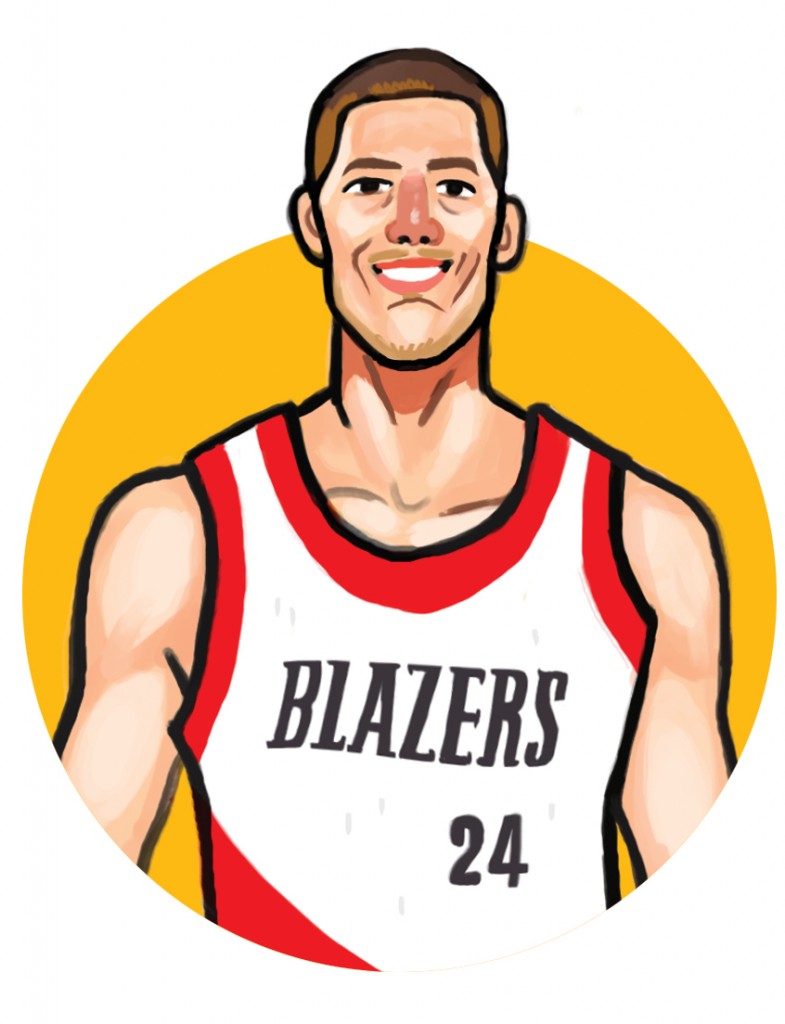 A member of the Duke Plumlees, Mason is probably the best player acquired by the Blazers this offseason. He is big center with some modest mobility and decent rim-protecting ability. He also sort of looks like a man made of slate. His brother, Miles, has a more environment-appropriate, hip-boy-type haircut. Mason is the proud owner of a FIBA world championship gold medal that would rightly be hung around Damian Lillard's neck if not for Coach K-related nepotism.

BEST-CASE SCENARIO: Improves his free-throw shooting and further sharpens his defensive skills, becomes a top-10 center in the NBA.

WORST-CASE SCENARIO: An eccentric oil baron dedicates himself to hunting the Plumlee brothers one after another with traps and crossbows. Makes Mason's leg into a lamp. 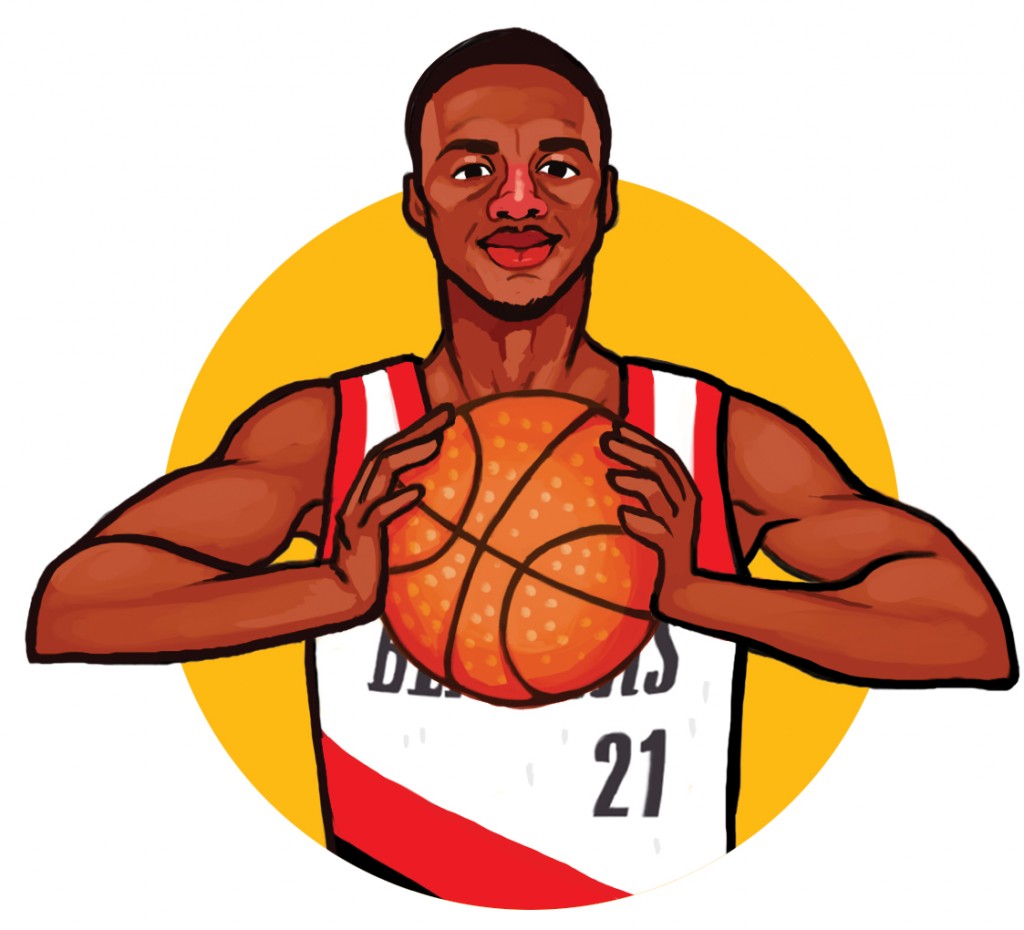 In exchange for Nic Batum, the Blazers received Gerald Henderson and Noah Vonleh, a 20-year-old power forward who spent last season riding pine (he played 259 minutes!) for the Charlotte Hornets. He is athletic, long-armed and has modest shooting abilities. He was, once, the sort of player who oozed potential, a perfect upside acquisition for a rebuilding team. Unfortunately for the Blazers, Vonleh moved to the woods to live out the rest of his days in shame after Duke-bred, sharp-shooting L.A. Lakers forward Ryan Kelly notched a game-winning dunk right in his face this preseason. It's a real disappointment for the team, I'm sure, but it was the only way he could save face in light of an incident that embarrassing. We wish him well in exile.

SORT OF RESEMBLES: The platonic idea of "rawness" in an NBA athlete.

BEST-CASE SCENARIO: Improves in every aspect of the game, becomes an All-Star.

WORST-CASE SCENARIO: Does not improve, washes out of the NBA and into selling insurance.