The Richmond neighborhood looks nothing like it did when they added sites to the game.

Walk down any street in Portland right now, and you'll see people staring at their phones, playing Pokémon Go. I just spent an hour walking around my own neighborhood, where about half the people I passed gave me a smile, a wink, or a friendly "you catchin' em?"

There was something even more striking than the ubiquity of the new augmented reality game, though, and that's how different the spots where I flipped Poké Balls at creatures looked from the spots pictured in the game thanks to the area's rampant gentrification.

Pokémon Go has been in the works for three years. When it comes to Division Street, that's an eternity. In fact, almost every Pokéstop I passed was dramatically different now than in the photo on the game. To the extent that playing the game in the neighborhood is both nostalgic and a little unsettling.

Here's what I mean. 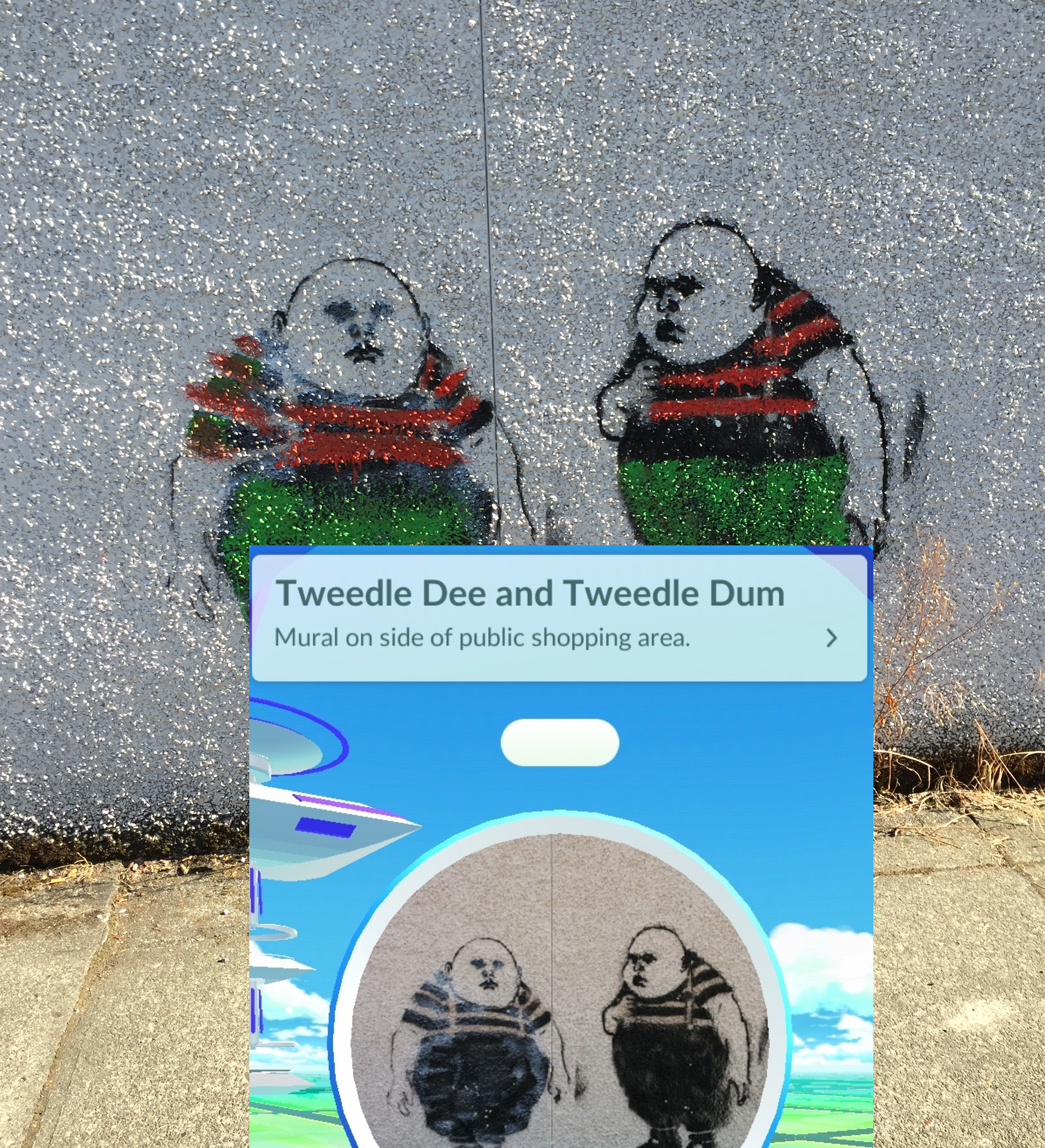 This is Tweedle Dee and Tweedle Dumb, a little mural across from the ball field at Richmond Elementary. They're in color now. 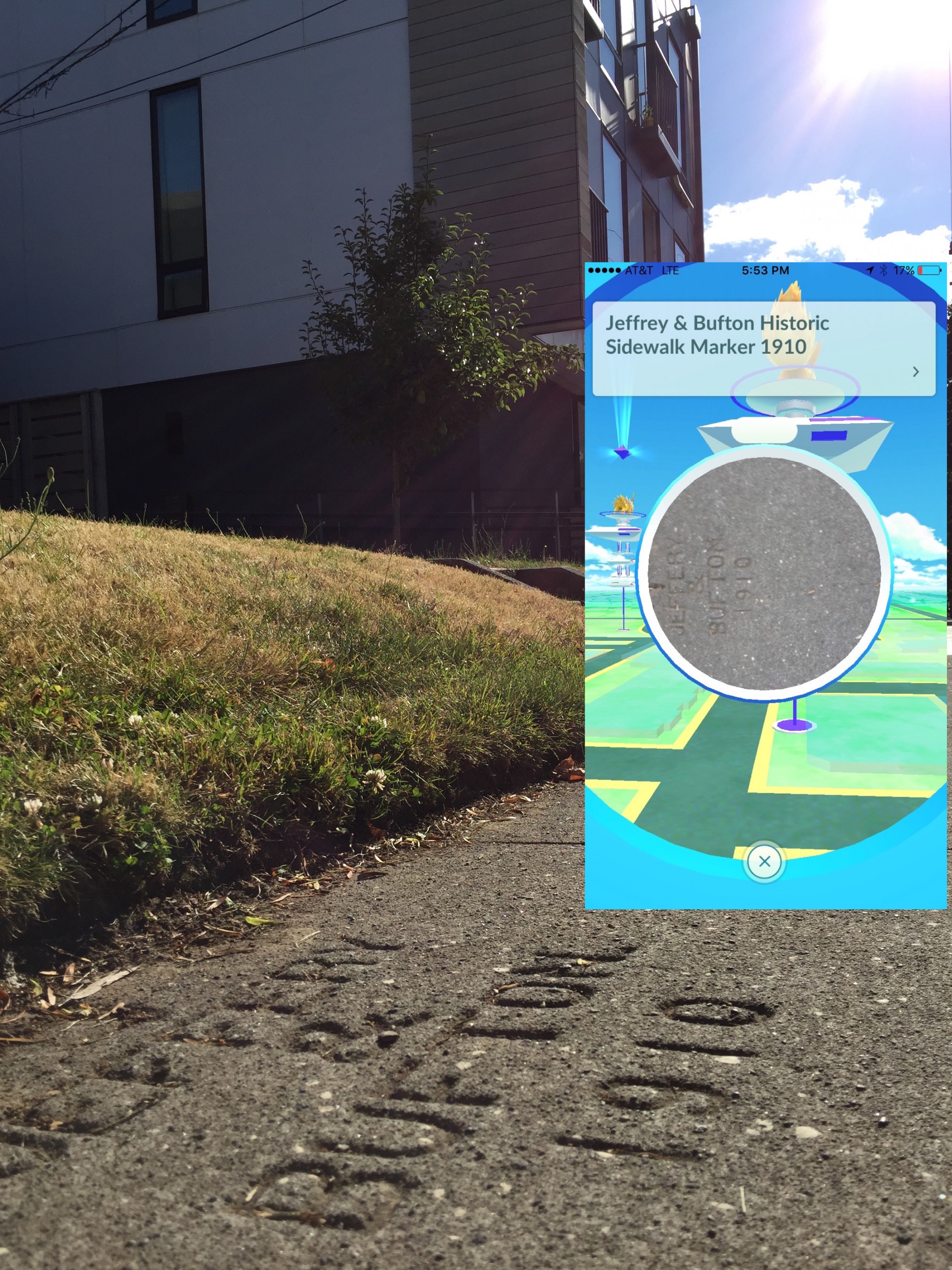 This is an sidewalk stamp at Division and 40th. It's now in the shadow of a giant new home. 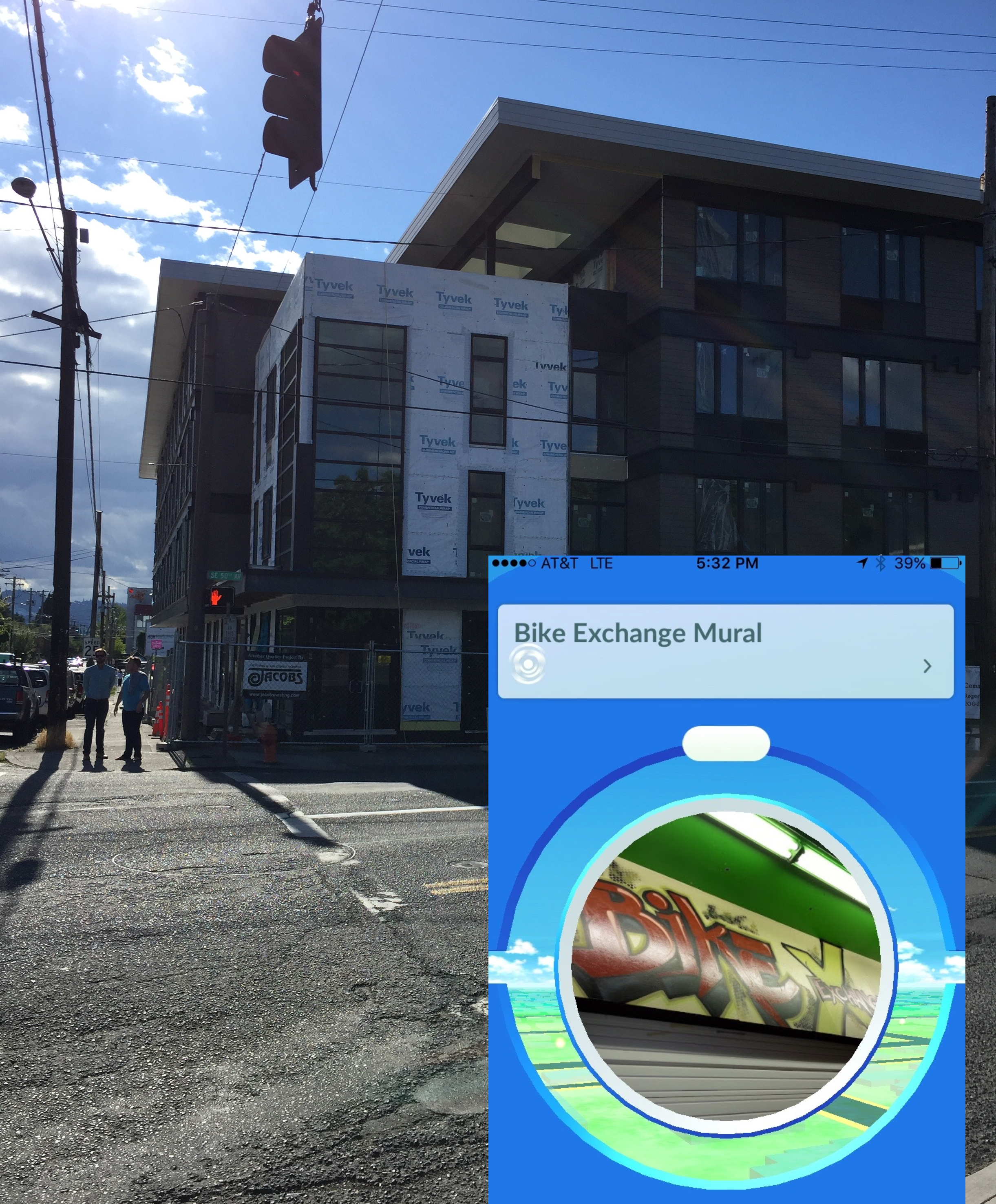 This mural decorated the side of the building where the Los Gorditos taco cart once set up shop. Last year it was razed to make room for this massive apartment complex. 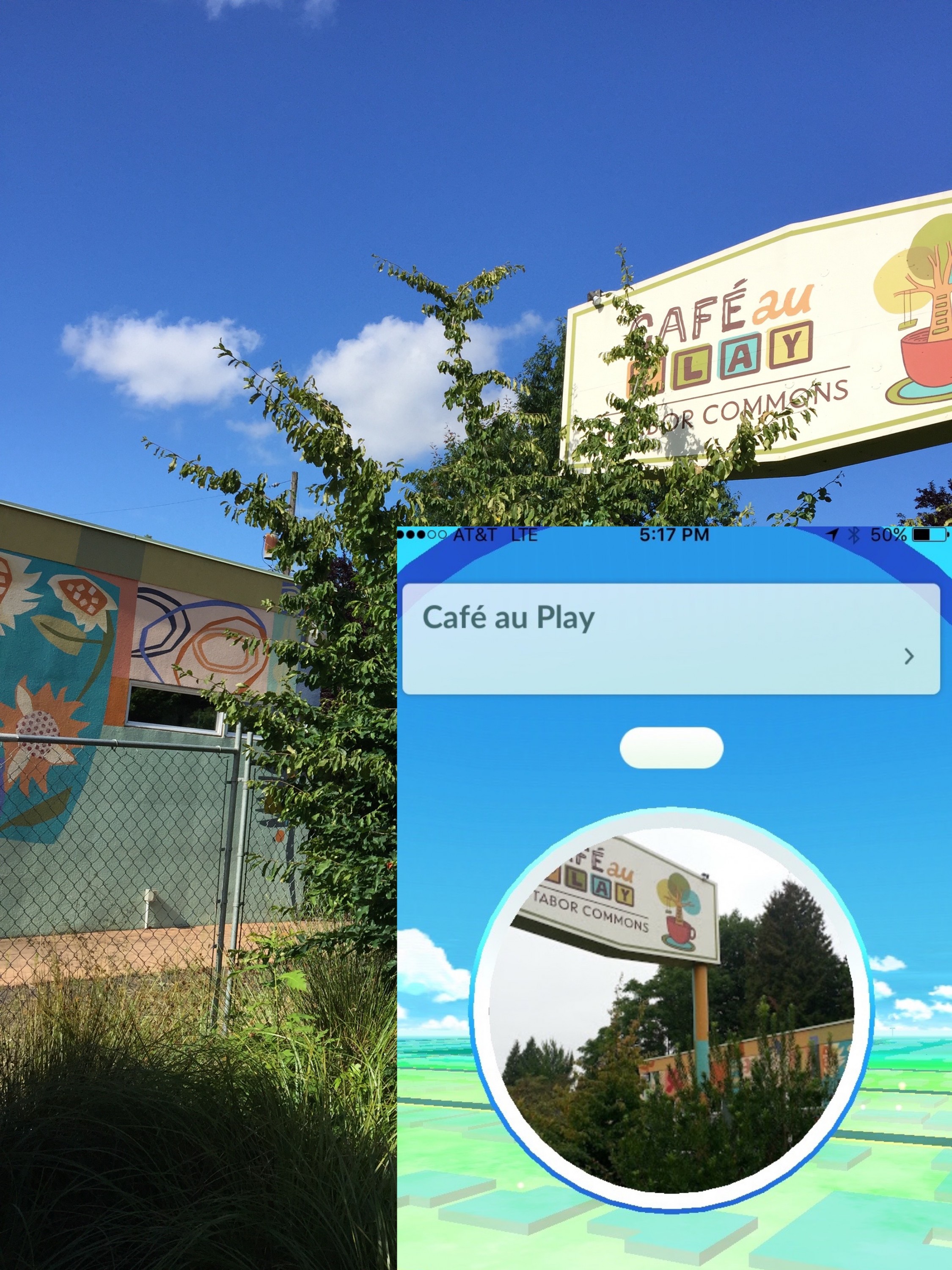 When the game's creative team spotted Café au Play they probably thought it would make for an active Pokéstop. Welp, it's closed and surrounded by barbed wire now. A sign on the fence explains that staff changes prompted the closure and implies it might be replaced by housing.

Related: The Atlantic Says Portland's Gentrification Is Your Fault. 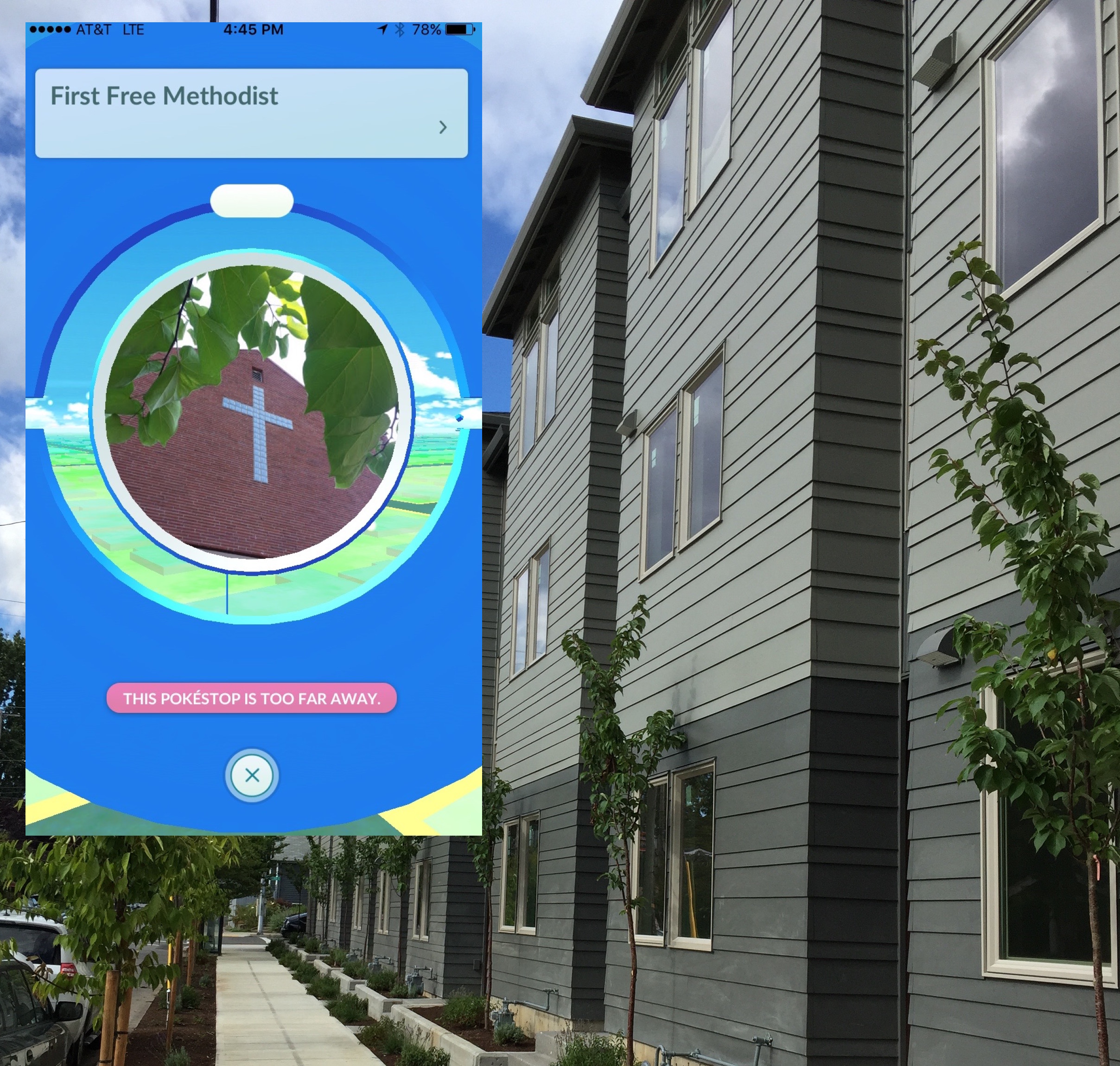 This old Methodist church stood at the corner of Southeast Lincoln and Division until last year. A massive new housing complex has replaced it. 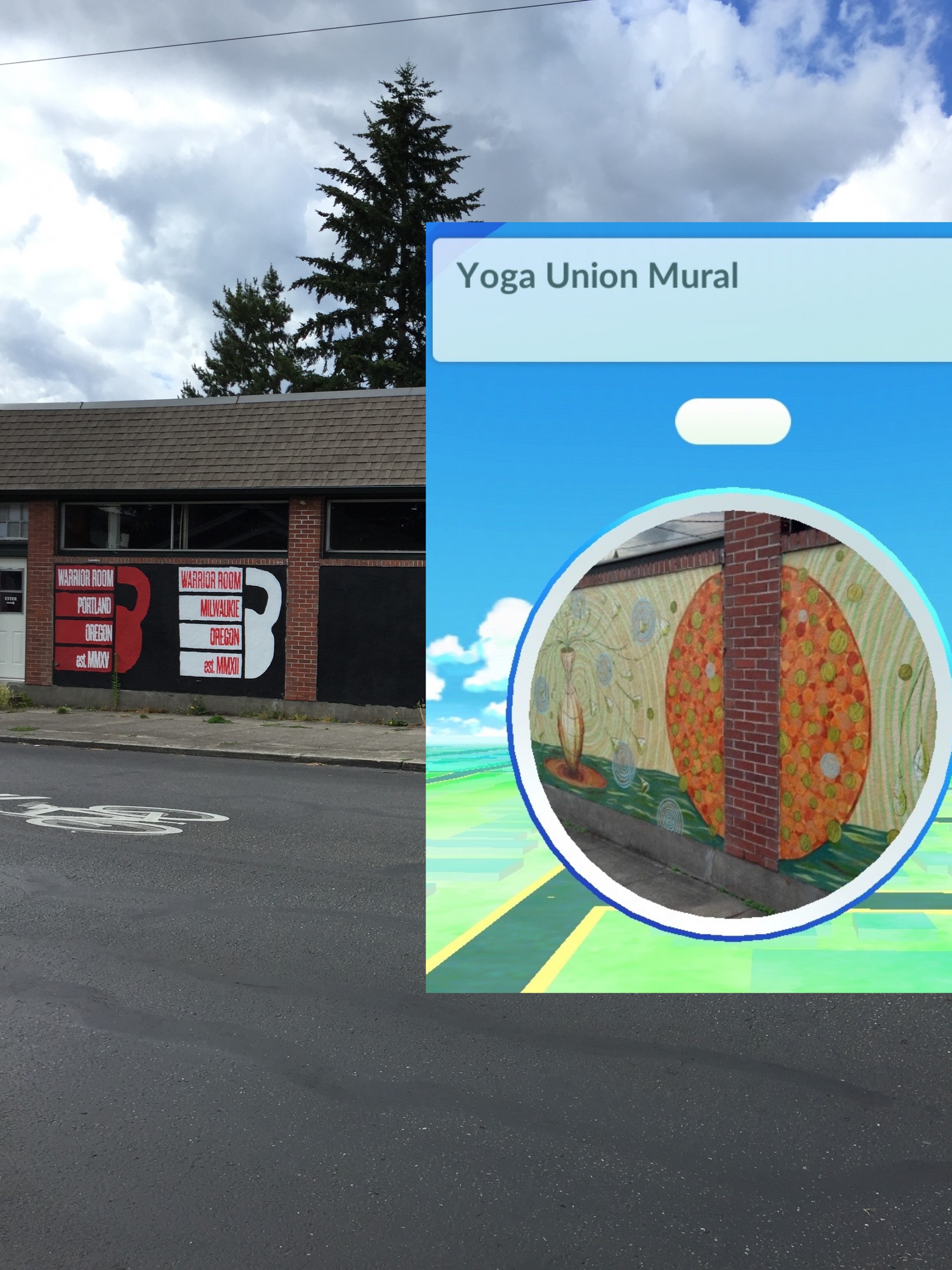 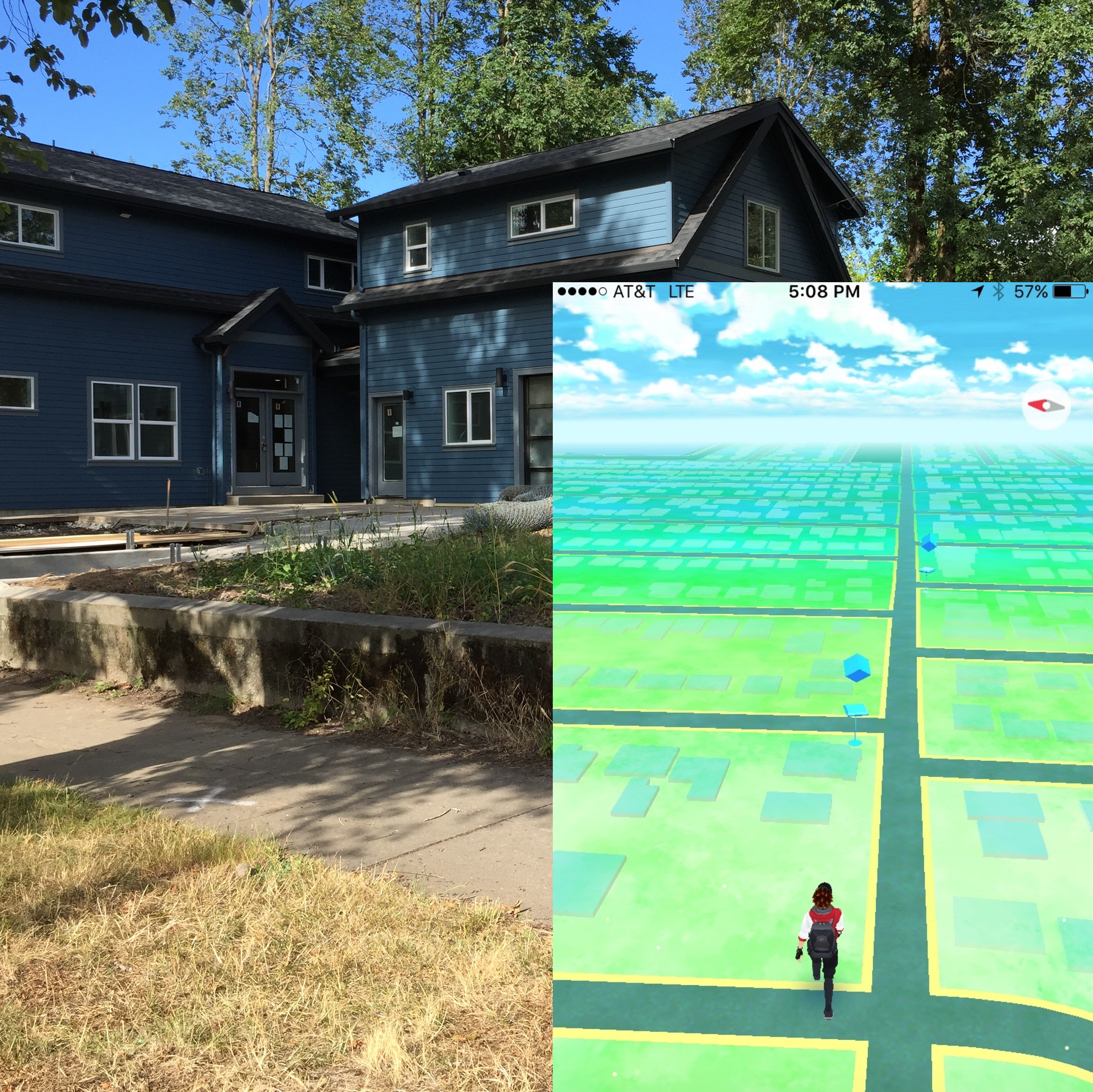 As you walk around the corner to the church that's about a block away you see a vacant double lot on the Pokémon Go map. That lot is now this just-built McMansion. 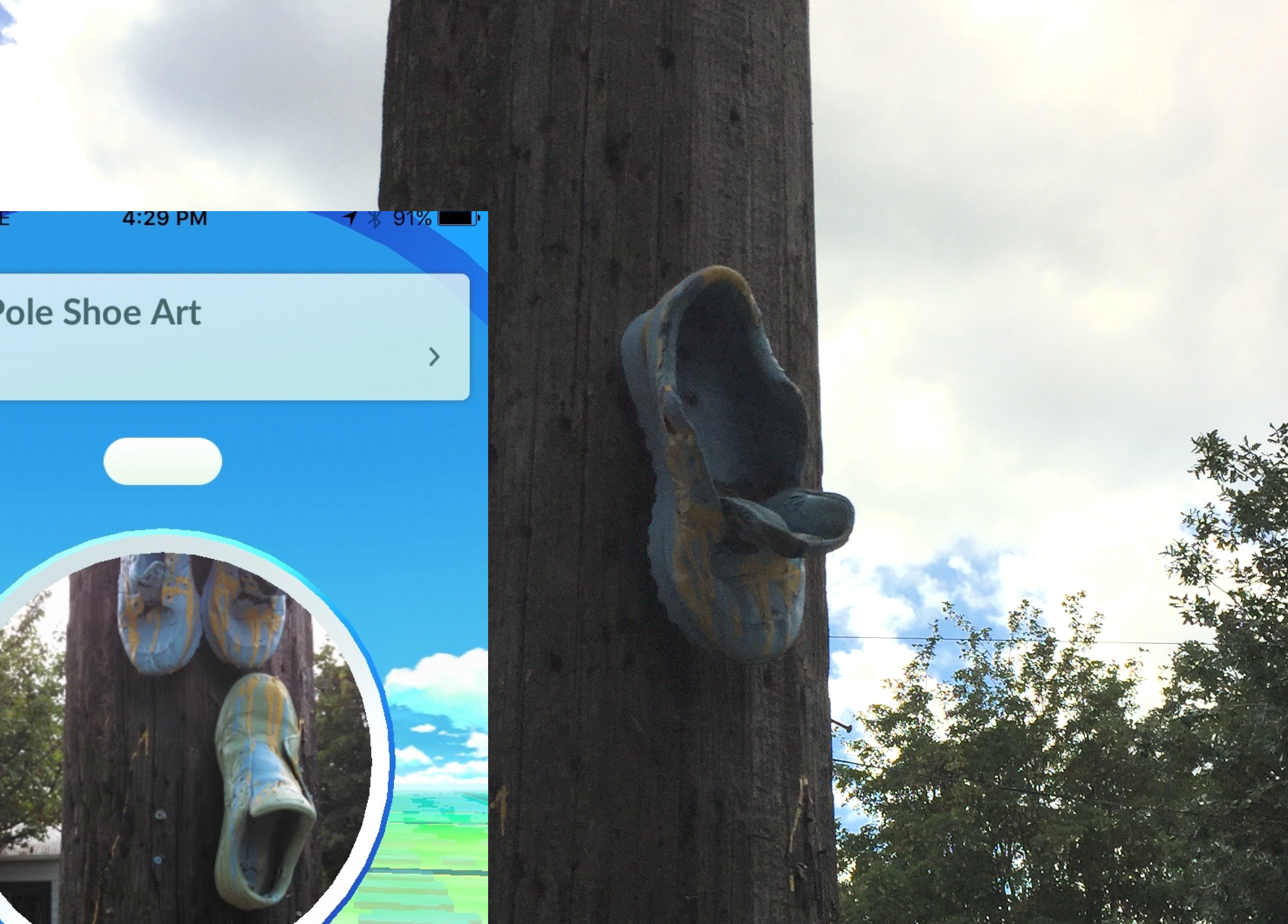 In the game, this little art installation on a telephone pole at 44th and Division features three shoes. Today, it's just one. 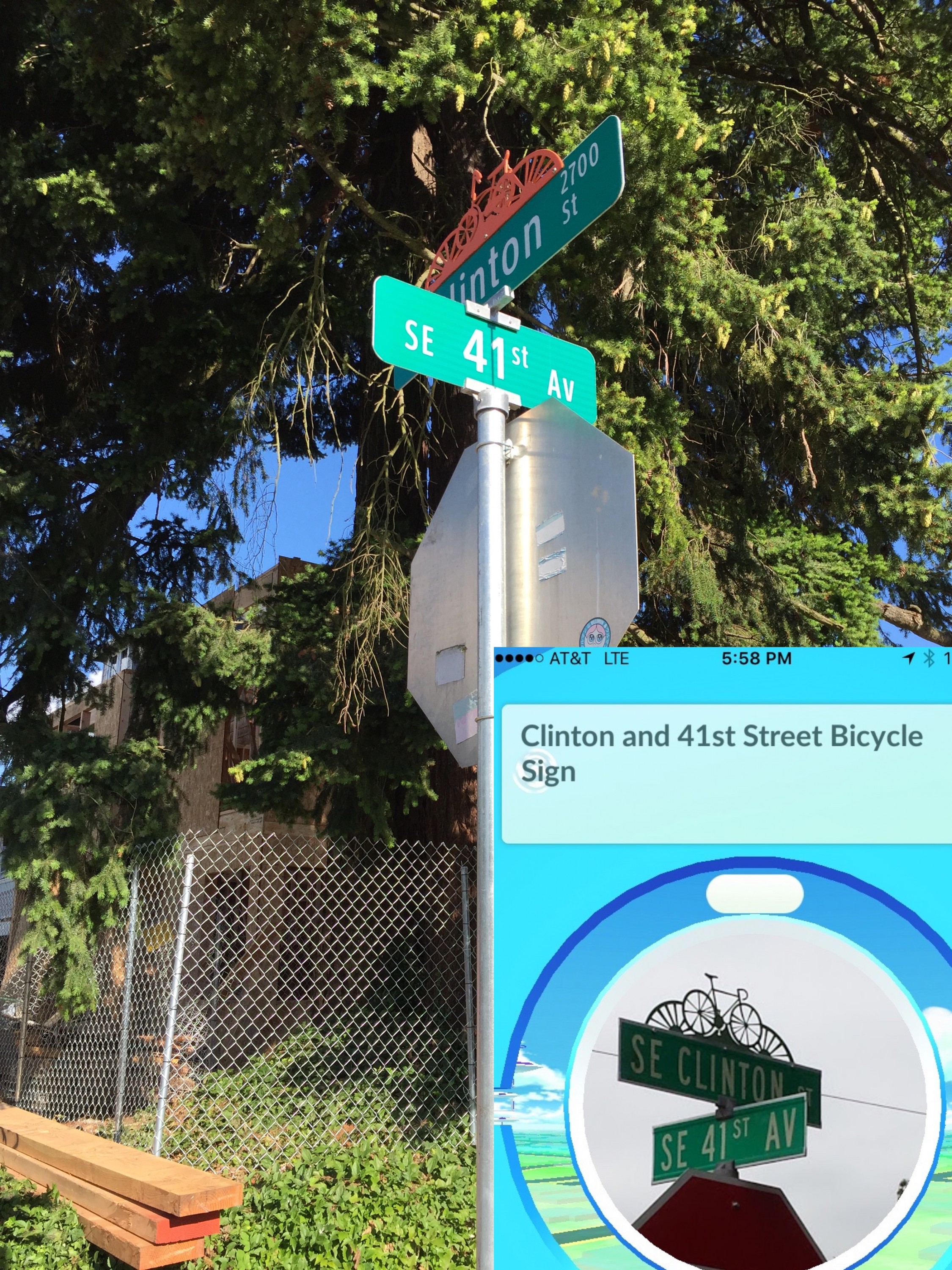 There used to be one large, old house on this lot at 41st and Division. The house was in terrible shape—I once went to a party there, thrown by kids who worked at Voodoo Doughnut. The lot will not have two large single family houses on it. 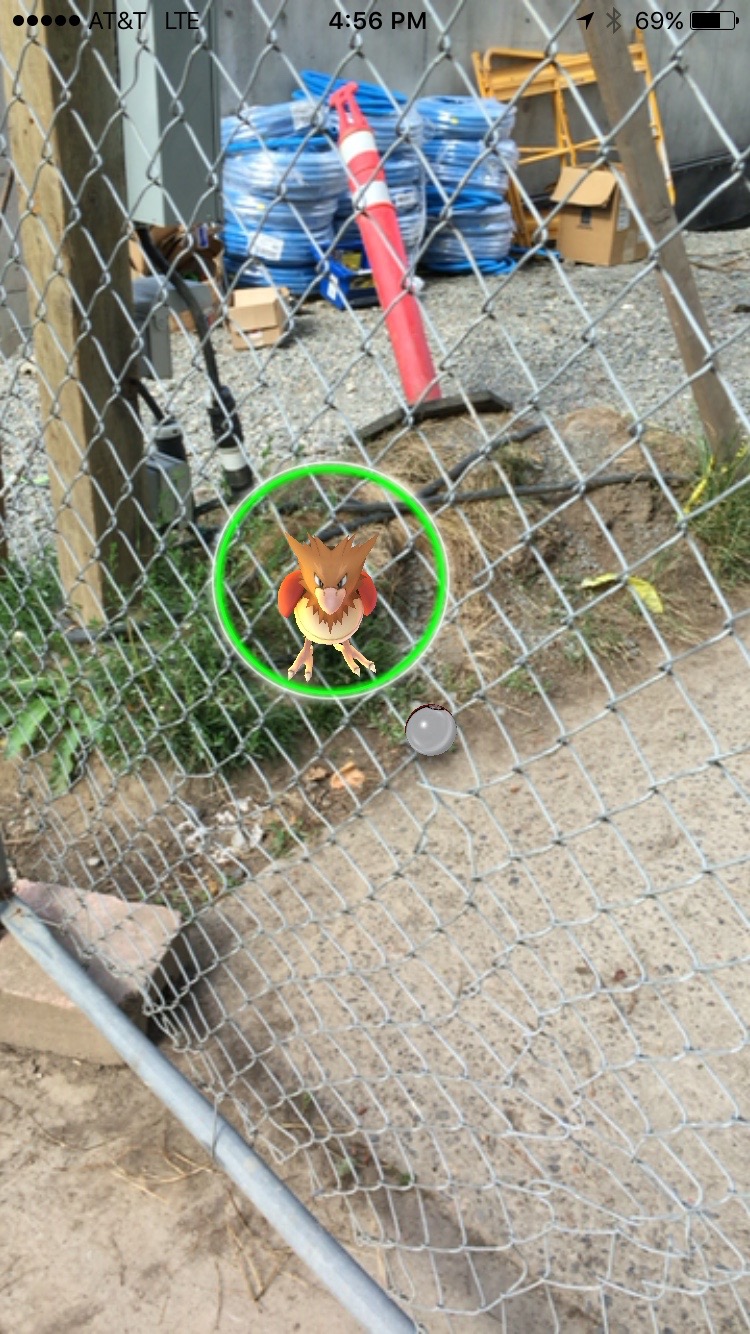 And everywhere on Division you're in danger of tossing an irretrievable Poké Ball, as pretty much every block has a few lots surrounded by fences and tape. Like this one, which I never did get.