The Empirical Theater at OMSI, which we called "one of Portland's best-kept secrets. It serves beer. It has one of the state's biggest screens, and the sound is bar none the best. Imagine John Carpenter's blues stomp rattling your nethers as Rowdy Roddy Piper kicks ass and chews bubblegum. Once known for showing nature docs—to be fair, the nature docs are great—OMSI has been piling on features, becoming the city's best place to catch a spectacle."

Best Air Jordans of All Time

The Air Jordan 8s, which "represent the culmination of the id driving the Jordan aesthetic. They are recognizable from a mile away, their kaleidoscopic, aqueous pattern supporting an infinite array of colorways. Ostentatious, functional and cartoonishly joyful, the 8s are the Jordan of Jordans."

Chanti Darling, which sounds like "a world where Michael Jackson never died, disco never went out of style, and the night never ends." 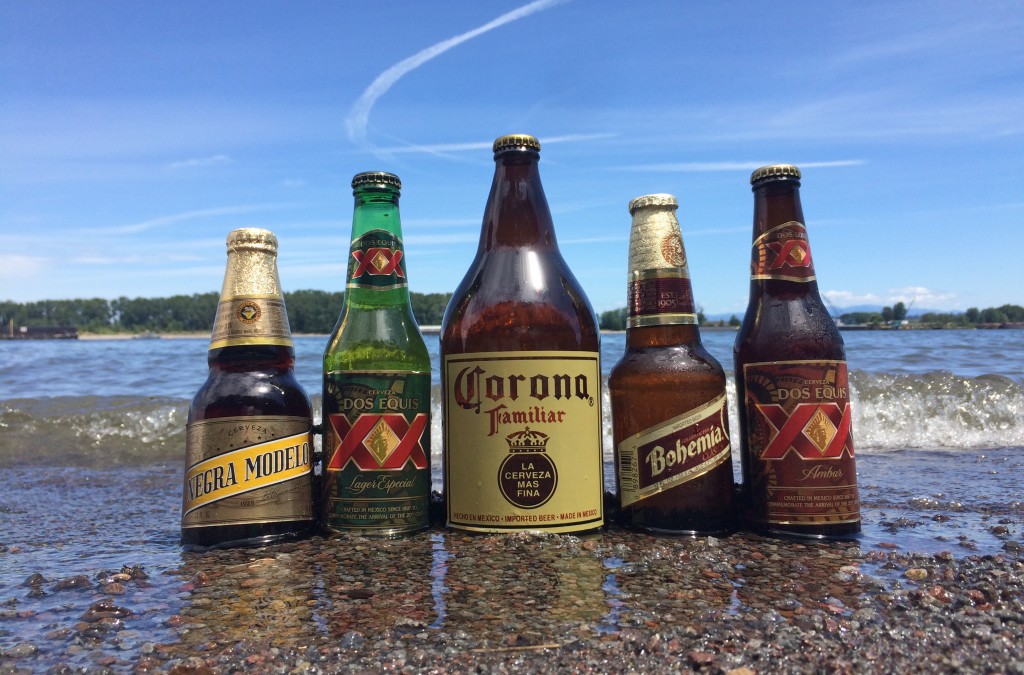 Corona Familiar, in tinted bottles, which "has all the notes you want from an eminently quaffable Mexican beer: delicately malty with a rich, full finish and a hint of sulfur. It's the perfect beer to drink outside during some light physical activity."

The stroganoff at Clyde's Prime Rib, whose "noodles are now thick, fresh and a bit al dente. The meat atop it is prime rib, with a richly flavorful gravy."

This belongs to the women of Oregon, "the first state in the country to make insurance providers cover all 12 months at once. And while that may not seem like a big deal to non-birth-control needers, for women using hormonal birth control, it's huge."

Best Thing You've Ever Purchased for $6.50 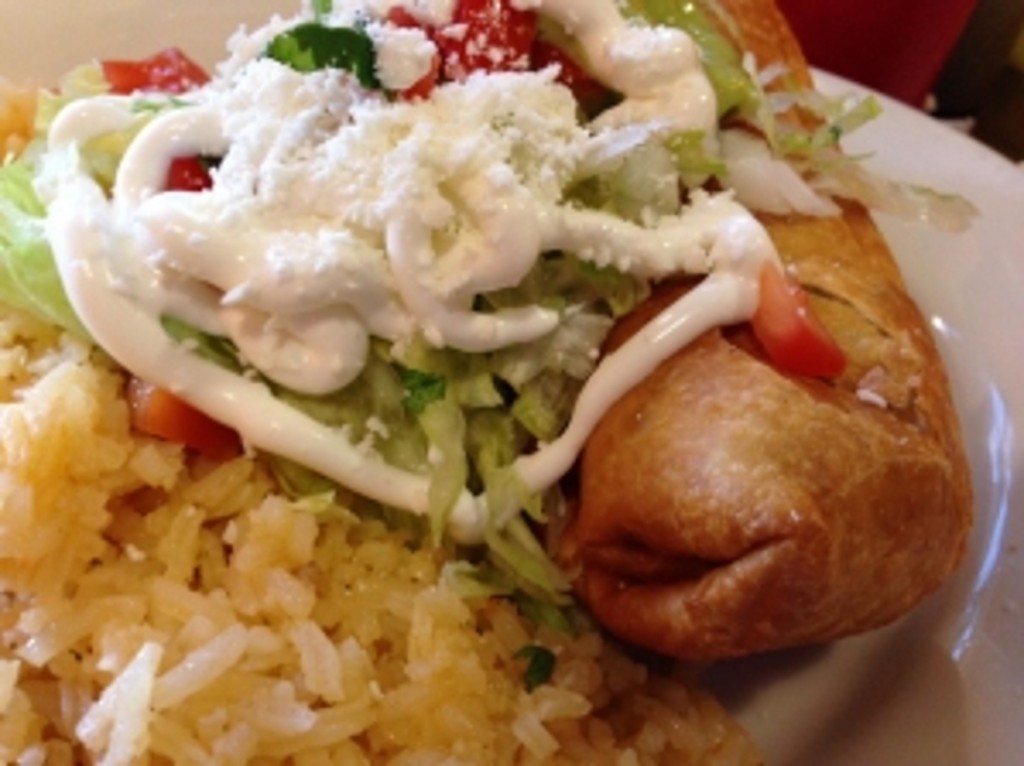 The house-fried tortilla chips and brisket queso from La Taq. "If you've ever sat in front of a pile of moist, meaty brisket at Podnah's and thought, 'All this needs is a lake of gooey melted cheese,' you are both probably Texan and absolutely right."

Restaurant of the Year 2015

It's at Hawthorne cart Chicken and Guns, whose chicken is "roasted over oak and mesquite, rubbed with spice, and doused in Peruvian-via-Mexican-style aji sauce."

The Amazing Jeckel Brothers (1999), in which "ICP hit their stride and transform the clunky rock elements of The Great Milenko into a varied, seamless rap-rock classic." 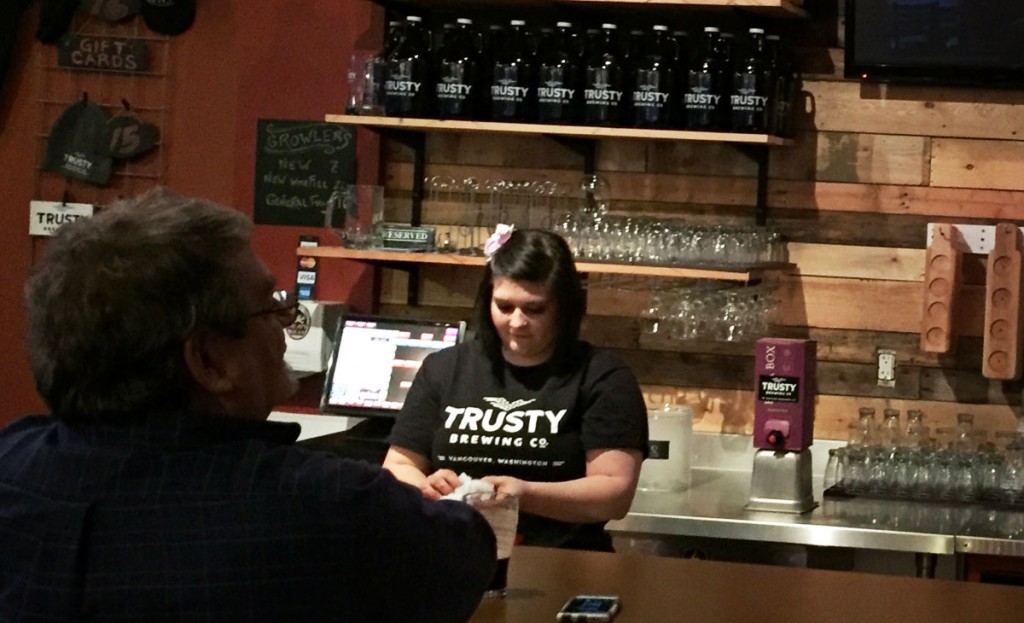 Trusty's Corner Window IPA, a "light-bodied, straw-colored West Coast IPA [that] blew away the competition. Even with 88 IBU, the beer—named for a corner-window seat at Trusty's brewpub—is deliciously sippable."

New Seasons Market ham, which "tastes like…ham. It is the platonic ham. It is the ham that they eat in Norman Rockwell paintings."

Hawthorne's Tov coffee bus, whose Turkish coffee is "rich and deep and spiced to a low-toned pungency that descends warmly into your chest."

Hat Yai, whose red curry "contained such a rich, deep flavor, it was tough to single out any ingredient—on one visit, it was an effect as much as it was a flavor, like bass you feel more than hear." 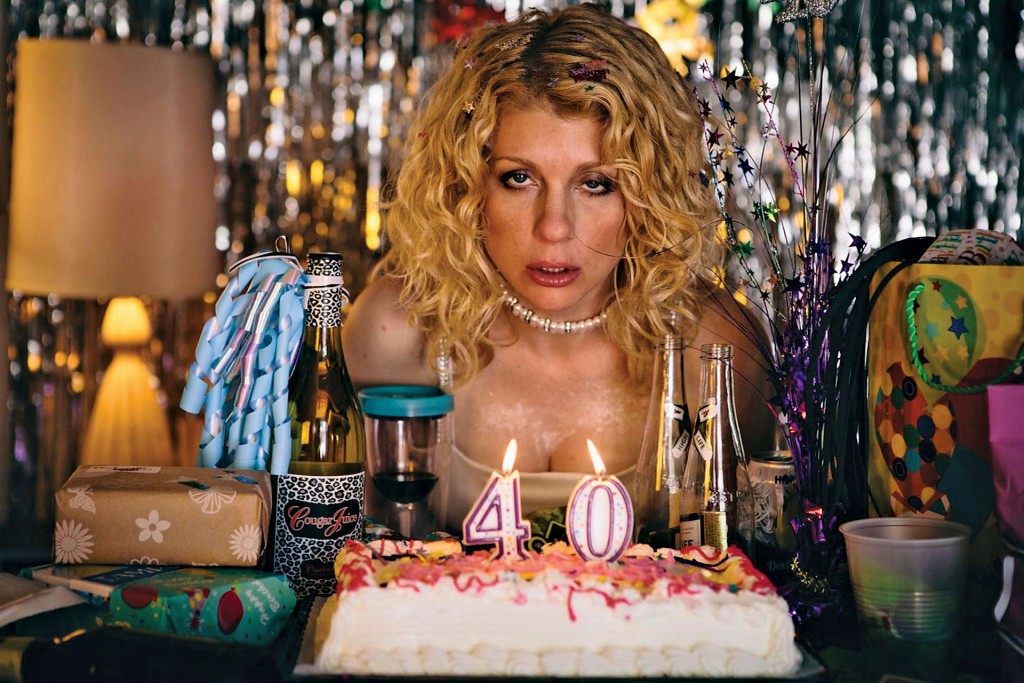 The Benefits of Gusbandry, whose "approach feels bracingly new thanks to its foulmouthed delight in casual raunch and the stars' lived-in charms."

Best Tacos Matthew Korfhage Has Had Anywhere in Portland

Those at Los Michoacanos, whose "meats are masterful from the top to the bottom of the menu. Hard-to-perfect meats like delicate lengua (tongue) and cabeza (beef head) are gently seared and spiced to perfection, the carnitas rival the best in the city, and the asada is booming with beef flavor."

The newly remodeled Skyline Tavern, "a ramshackle hilltop roadhouse filled with wood grain, old beer signs and a pool table" where "the crowd is a mix of the old blue-collar crew playing pool, hikers who walked up from the city on forest trails, and millionaires who live down the street playing horseshoes in the backyard pit.

Pinolo, "a ray of Tuscan sunshine in the Southeast Division Street overdevelopment zone," which "compares favorably to most of the places we visited on our trips to Italy. No surprise. The equipment, many of the ingredients and even the owner—an amiable beanpole from Pisa named Sandro Paolini—are all Italian imports."

Best Film About Basketball Ever Made

Casa Colima's flan is "extra creamy and drizzled with a smoke-tinged caramel sauce."

Any of the ceviches at Paiche, whose "leche de tigre is luxuriantly dense to the point of creamy, never over-acidic despite an explosive burst of lime flavor, balanced against the sharp bitterness of onion and the airy texture of cancha, a delicate toasted corn."

The roof at the Pearl District 10 Barrel, located "on a corridor replete with upscale W+K employees, suburban boutique shoppers and terribly fit Pearl clubgoers. But while they are on the street, you are up high, looking down on them. Foolish, foolish people on the ground. Up here on the roof, we are literally superior—and much closer to the sun."

Gracie's Sea Hag in Depoe Bay makes its chowder "fresh daily from scratch, with East Coast rather than West Coast clams, peppered to a light bite, cooked with a host of spices, including basil and thyme, and thickened with a light roux of flour, milk and butter."

"Clyde Bruckman's Final Repose," a "sweetly macabre elegy" about a life-insurance salesman "cursed to envision the death of every person he meets. 'There are worse ways to go,' the salesman says, staring sadly at Mulder, 'but I can't think of a more undignified way than autoerotic asphyxiation.'"

Breakside's Fresh Hop Simcoe, "a beer that's both freshly citrusy and a little musky, lathered up with myrcene, an essential oil also found in cannabis and thyme. It tastes like a hop torn off the bine just before harvest, far surpassing any other fresh-hop beer we've encountered."

Marukin, whose "miso broth is almost bottomless in its depth and excitingly light, just salty enough to pull out the complexity of its pork-chicken base and rich soy ferment. It is a roundness of flavor that causes separation anxiety between slurps."

Best Conifer of the Pacific Northwest

Douglas Fir. That's just the way it is.

Tastebud, whose Nausicaä pizza sports "marble-sized crumbles of pork sausage and about half a bulb of lightly sweet fennel."

The Best Purge Movie So Far 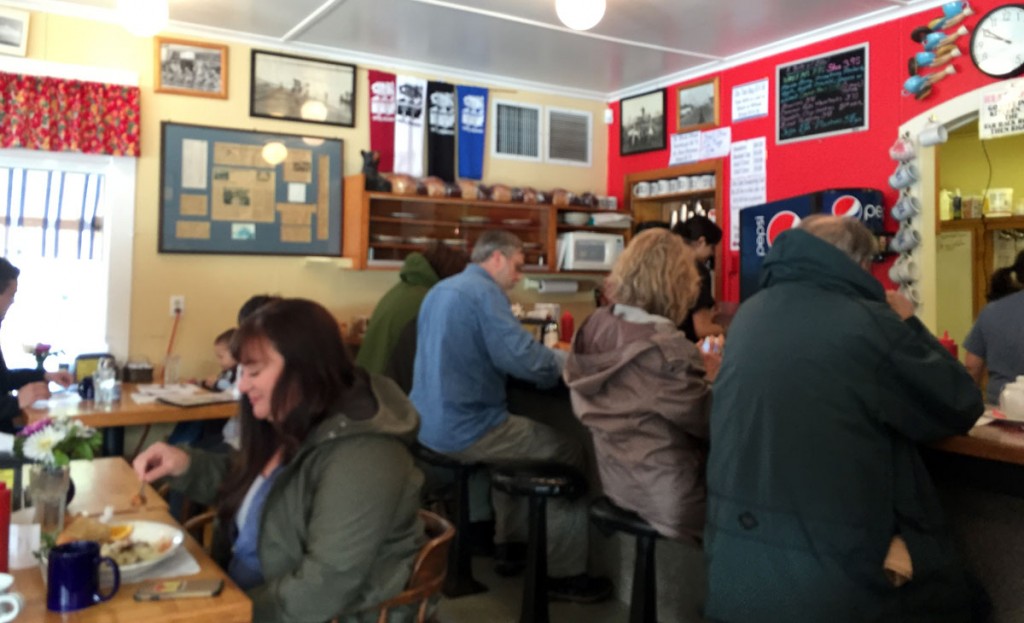 The Otis Cafe, whose "hulking slabs of extra-moist black molasses and sourdough are a meal onto themselves. But it also makes a killer sausage gravy and oyster omelets."

The Best Way to Go By Bike and With Child

A tie between bakfiets, "the gold standard of cargo bikes" and trailers, "the best choice for someone eager to try family biking without investing a ton of money."

Wiz Bang Bar's beautifully constructed sundaes, "each made with a house-baked pastry as a base, and ingredients like fresh local strawberries and dried rhubarb."

Not Your Father's Root Beer, whose "first sip actually tastes like creamy root beer. There is one sweet moment before the malt hits and your mouth is suddenly full of an acetone note, prompting you to take another sip."

Lloyd Center. "Do you need something they don't sell at Lloyd Center? Is it some bougie bullshit? Is it a crack pipe? Lloyd Center has everything 98 percent of us need. Of the remaining 2 percent, half are 1 percenters in the Occupy sense, and the other half are 1%ers in the biker-gang sense." 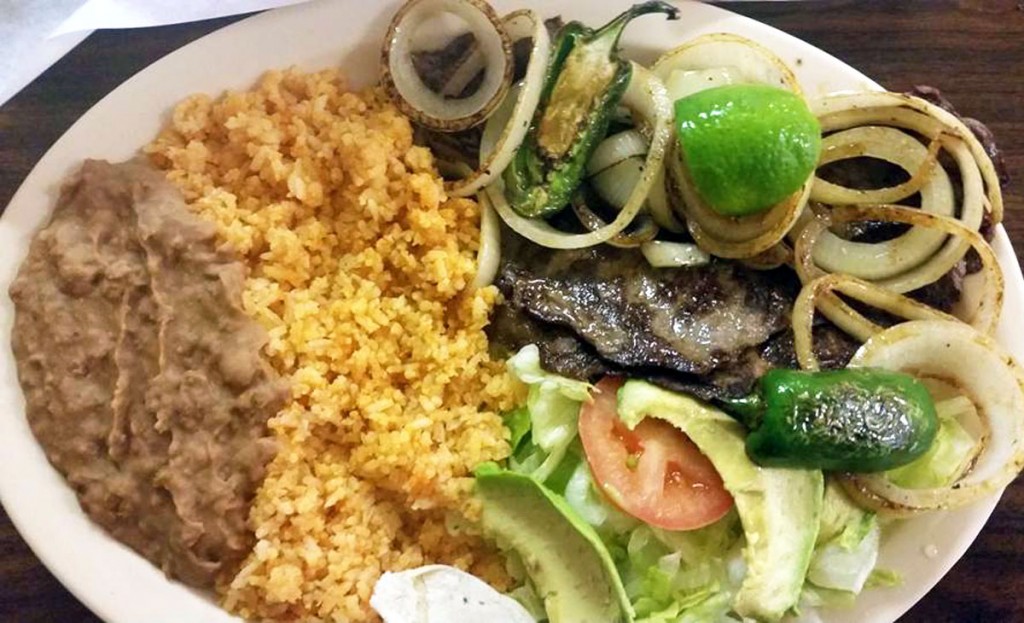 The lime-spiked, cilantro-flecked guac at Tienda Santa Cruz. "Regulars actually shoo moochers away when they try ladling guacamole into containers to go. You'd think the green stuff was gold."

Best Thing About Alice Through the Looking Glass

Basilisk's, "a towering fried chicken sandwich with a crisp crust and drippy, juicy flesh. It gets a few bright, pickled cucumbers made in-house and a butter-kissed bun. The whole thing gets stabbed with a steak knife, and the finished product is too tall to stand steadily on its own." 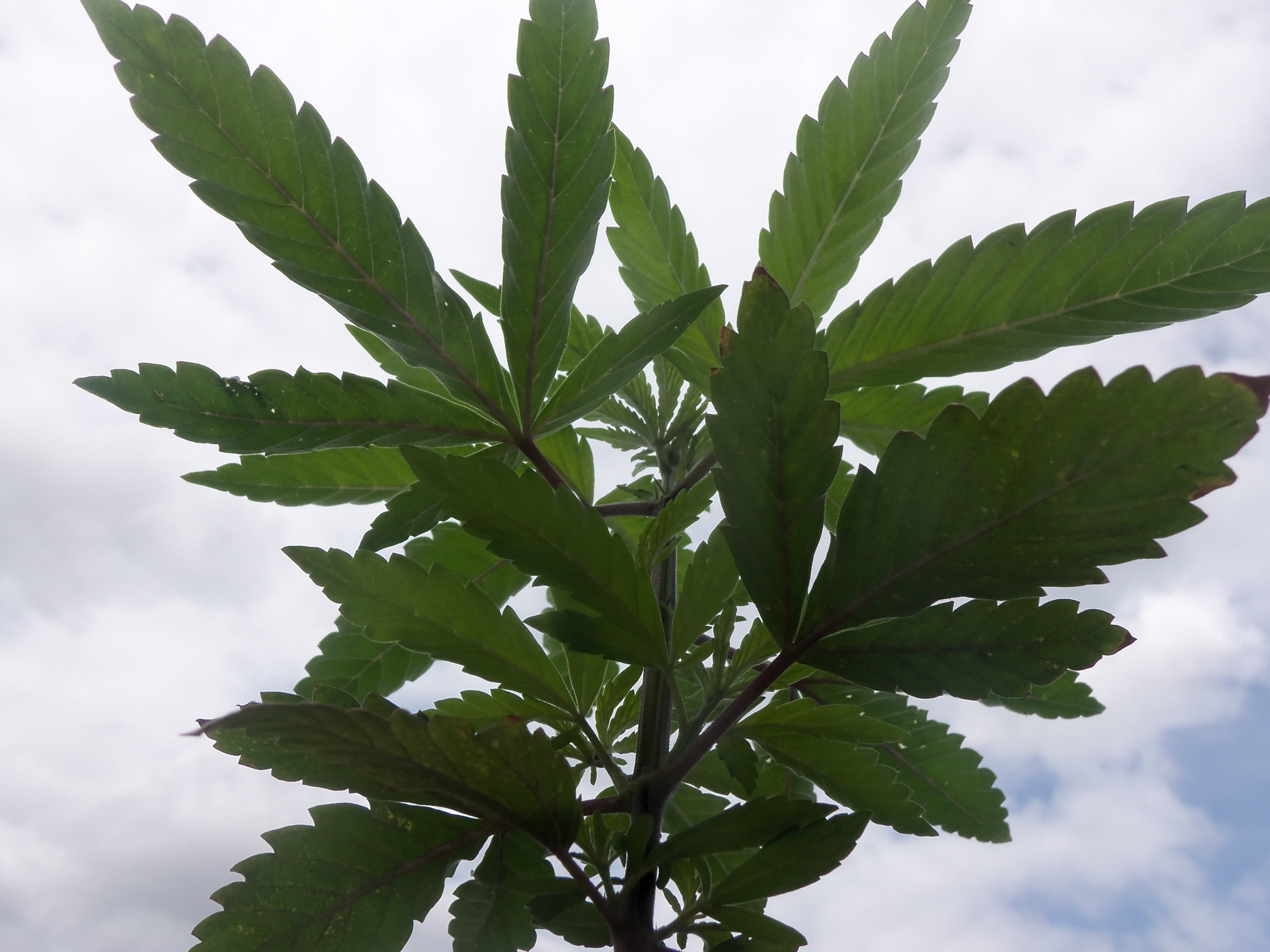 The human-sized hamster ball at three-day rave What the Festival: "Someone in a hamster mask literally rolled around between the three pools in a giant hamster ball."

Best Teenager on the Internet

best place to bike with child

best teenager on the internet

best thing about alice through the looking glass

not your father's root beer