Welcome to Humptown! Willamette Week's new sex advice column written by Portland sex educator and intimacy coach, Stella Harris. Ever had a question about sex and relationships but didn't know who to ask? Maybe you've wondered how to ask your partner for butt stuff, or an open relationship, or how to finally admit that actually, you haven't been having orgasms. Maybe you've got a fetish you've never told anyone about, but you're dying to explore. Diapers? Watersports? Latex? This is the place for you. Everything from kink & BDSM to polyamory, group sex, threesomes, swinging, & straight up vanilla lovin'—Stella has the answers. Not only that, but Humptown will give you specific local resources whenever possible to help facilitate the sex life of your dreams.

For starters, we're going to talk about how to go to your first sex party.

For many folks, sex parties are a kind of sexual holy grail. Up there with threesomes, how to find/attend a sex party is one of the most common questions I get asked. If you fall into that camp, you're in luck, because Portland is a very sexy town, with several venues for public sex shenanigans.

My personal favorite is Privata, located in the former Club Sesso space downtown. The idea of a sex club might sound impossibly intimidating. It took me years to work up the guts to go. But now I'm a regular who feels more comfortable there than at most bars.

Related: Portland Will Soon Have an Upscale Swinger's Club (No Utilikilts Allowed!)

People are usually shocked when I say that, but here's the thing—sex and kink venues have party hosts and staff whose whole job is to make sure you feel safe, and that people are following the rules. You're way more likely to get groped at the average bar than you are at a sex party. Most venues even have signs up to remind people to ask before they touch.

I feel so safe at the club that I recently had an internet hook-up meet me at Privata. When we'd discussed which one of us would host, he sounded just cagey enough to send up a yellow flag, so I suggested a public place (always a good idea) where we could also fuck if things ended up going that way (bonus!)

Suddenly this dashing foreign doctor who had been all confidence and dick pics was shy and out of his element, and I appreciated the new more level playing field. It also reminded me of my first time, and how nervous I'd been about what was waiting for me behind the double doors. We checked in at the front desk, walked in together, and… it looks like any other club in town. There's a dance floor, a bar, and a seating area—and also a buffet.

Next up we headed for the third floor, which has another bar, several seating areas and a large space designated for couples and groups. The couples area is my personal favorite, and where I do most of my play. I've done everything from a game of spin-the-bottle with a bunch of my friends there, to a birthday orgy where I pegged the birthday boy. There are no doors in the couples area, instead there are several large, semi-private spaces with 2-3 beds each. Because solo folks aren't allowed in this space you've still got an audience, but it's an audience of folks who often have their hands full with each other, which is the perfect level of exhibitionism for me.

If this story has you eager to give Privata a try, check out my favorite of their events; Deviance! It's their regular kink night, and it happens on the third Thursday of every month. Perhaps best of all for the new and curious, at the Deviance party you don't need to be a member of the club. You just pay the cover fee of $20. Because of the kink theme, half of the dance floor becomes a temporary dungeon, with St. Andrew's crosses, a spanking bench and a massage table. The orgy beds on the second floor get taken over by rope bondage enthusiasts, because there are hard-points over the beds for suspension. All this extra eye candy makes the kink night an especially good night for newcomers (even if you're vanilla!) because there's lots of public play to watch.

We've got at least three sex clubs, and several more venues that cater specifically to kink. In addition to Privata, there's The Velvet Rope down on Cesar Chavez Boulevard. My favorite of their parties is Pan-Demonium, a party aimed at LGBTQ, Trans, Genderqueer and Non-Binary Folks, as well as their allies. Like Deviance, you don't need to be a club member for this party, and the cover is only $20. Perhaps best of all, they have lots of sexy burlesque style performances, so it's very easy to just go and watch while you're getting your sex club sea legs.

The newest sexy venue in town is Sanctuary (just a block away from Powell's) and they host themed parties to fit just about any taste and interest. Best of all, they host low-key Friday meet-and-greets that are free if you arrive before 9 pm.

Every party and venue has its own culture and rules, so check out the website and read through all the info including the dress code and any other policies that might affect you. Most websites also have pictures or a virtual tour, and those can help reduce some stress about what you're getting yourself into.

Most venues provide some safer sex supplies, but the options can be limited. If you want anything other than a standard latex condom, it's a good idea to bring your own. I like to keep non-latex condoms, dental dams and nitrile gloves with me. Lube isn't always available either, so I've usually got a few sample packs of Sliquid in my purse, too.

If the public scene isn't your jam, you can always throw your own sex party. That might seem daunting at first, but there are ways to ease into it. A great way to start is by throwing a party that's sexy, but doesn't include sex. I've seen everything from an erotica reading party to a spin-the-bottle party work really well. This gives people who aren't used to public or group play a gentle way to ease into the idea and decide whether it's for them. It's also a way for you to start curating which of your friends is a good fit for a more hot-and-heavy get together. You want to know how people will handle themselves in a sexually charged environment, and how on point their communication skills are.

Speaking of communication, make agreements in advance with the date(s) or friends you're attending with. Is slipping off to play alone acceptable, or are you sticking together? Are you leaving together, or separately? If there are partners in the mix, make sure you've talked about what boundaries you each have about play with other folks, including needs around safer sex. Don't leave any big decisions for the heat of the moment and don't spring any surprises on someone after the fact.

Whether you go the public or private route, you might be surprised by how safe and fun public, or semi-public sex can be. And sex with friends is truly the ultimate bonding experience.

Have you got a burning question of your own? Email askhumptown@wweek.com and keep your eye out for an answer in an upcoming column! 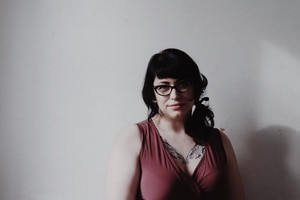