Even if you were standing directly in front of it, you'd be forgiven for not spotting the New New Crusher Court (2450 NE Sandy Blvd., guerrilladev.co/new-new-crusher-court). From the exterior, it looks more or less like a standard row of storefronts on Sandy.

But walk through the easily overlooked entrance between the LGBTQ art space and the artisan bead shop, and a small, dreamlike oasis unfurls before you. A pale gravel path winds through Dr. Seussian grassy knolls and Mediterranean palm trees. Above, sand-blasted and sun-faded wood beams frame a view of uninterrupted sky.

This secret garden is the work of Guerrilla Development, the firm that designs and owns several buildings in town, including the Ocean, the Fair-Haired Dumbbell and the Zipper, which is located just up the street.

"We think of it as a way to play with the texture of the city a little bit and reward people who are adventurous," says project lead Anna Mackay.

Once an auto shop, the building was renovated by the Guerrilla team to serve as the firm's new headquarters. Although the lot is zoned for six stories—enough to make most condo developers salivate—the architects actually subtracted square footage by creating the courtyard, the hole in a doughnut of 13 retail spaces and creative offices. These offices are currently occupied by tenants that seem representative of the cutting edge of culture in Portland, including music festival Pickathon, apparel photography studio Half Court, and Project Object art gallery and retail shop. Nine of the 13 tenants are formally classified as minority-owned, women-owned or emerging small businesses (MWESB), a metric used by Prosper Portland to measure diversity and inclusivity. 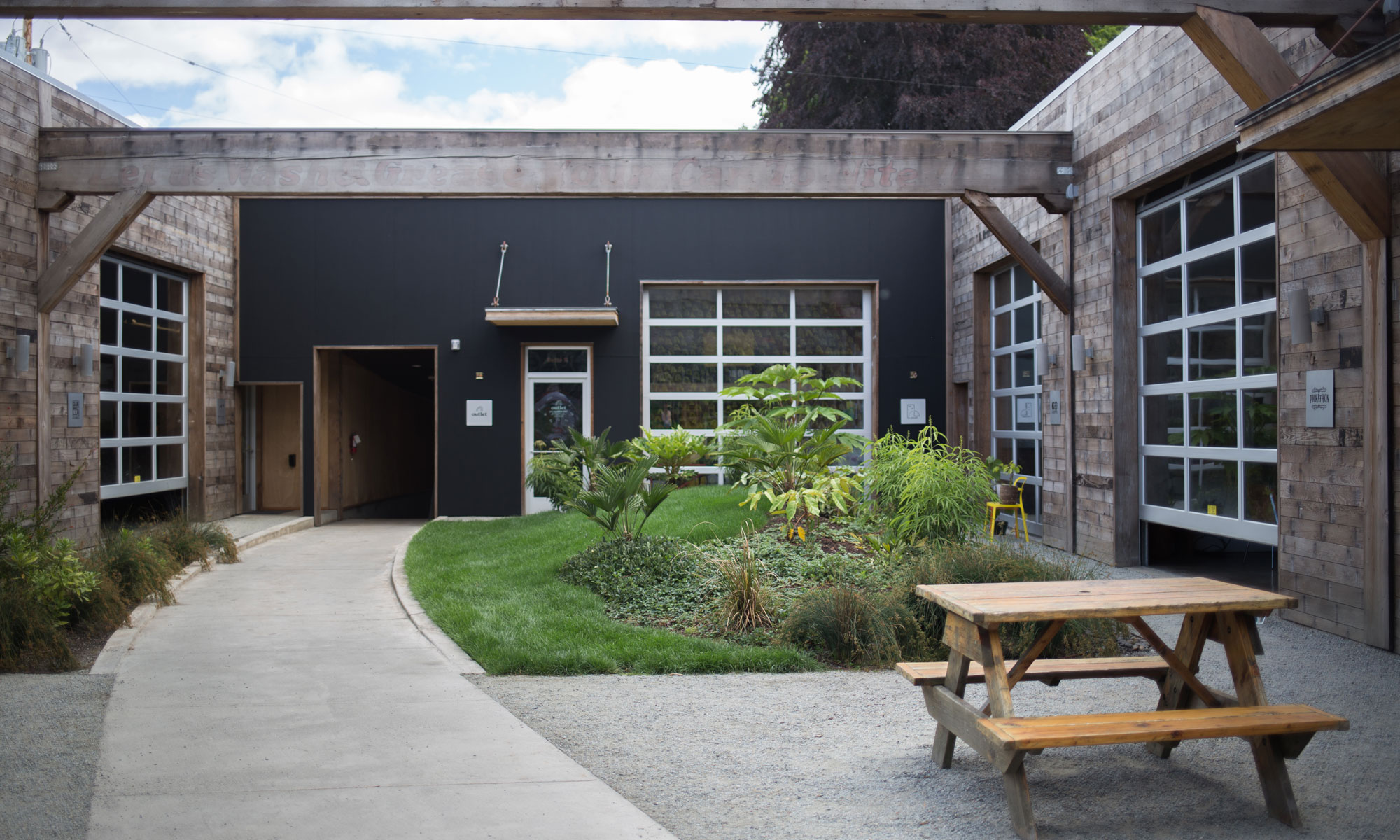 During business hours, the courtyard is open to the public—although, Mackay says, with the exception of a few neighborhood dog walkers and the occasional group of Japanese tourists, this sequestered sanctuary occupies its own dimension.

Culture Writer Zach Middleton writes about food and drinks, books, movies, and oddities. Originally from Central Oregon, he now writes out of the University Park neighborhood in North Portland.