What Jessica Szabo and Molly Radany really wanted was a bug mobile.

When the two friends and former classmates at Portland State University first came up with the idea for the Portland Insectarium (pdxinsectarium.com), they initially envisioned loading a vintage RV with their collection of creepy crawlers and driving around town, giving bug-curious Portlanders a chance to learn more about the creatures up close.

Sadly, the concept never made it to the streets—or even around the block. Due to some mechanical issues, the 1976 Dodge Sportsman they planned to use became unsalvageable.

But the dream of bringing bugs to the people didn't die with the vehicle. Now, the insect enthusiasts host pop-up events around Portland, including nature walks, bug hunts and drink-and-draw events where people can get close enough to paint the critters.

The idea for the Insectarium began when Szabo and Radany met in a museum curation class at PSU, where they learned that Portland, unlike most big cities, somehow doesn't have a natural history museum, other than a small collection curated by the university's biology department in the basement of the science building.

"Some of the professors want to do more with it," says Szabo, "but they're professors who are busy and don't have time or resources. So we were like, 'What can we do to help out?'"

Luckily, Szabo already had a solid collection to start from. Her first "pet" was a Madagascar hissing cockroach she got from one of the PSU labs that had a colony getting out of control.

Insects Szabo and Radany bring to their events include beetles, scorpions, tarantulas and something called a "vinegaroon" that gets its name from the vinegar-scented liquid it sprays when it feels threatened. It's no wonder that the most frequently asked questions the Insectarium gets are, "Do the bugs bite? Are they poisonous?" To which Szabo and Radany reply no. The public's fear and misconceptions about bugs are what inspired the duo to continue educating people about them.

And though the two still have no replacement for the Bug Mobile, they haven't completely given up on it.

"We have a minivan, but we are just loading stuff in and driving it. It's not like the Bug Mobile," Szabo says. "I know a lot of people who have started mobile grocery stores and art galleries in delivery trucks, so that's something we're exploring." 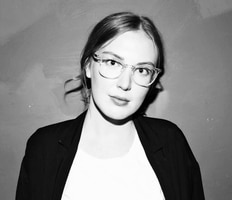