The first in a series of “Bill Walton Mysteries," the book is both very simple and deeply weird

“For the love of God, kill Bill Walton first.”

That’s the climactic line from the first chapter of Friend of the Devil, a detective novel that casts the 7-foot tie-dyed raconteur as a gumshoe, and promises to be the first in a series of “Bill Walton Mysteries.”

The book, which is both very simple and deeply weird, is the latest literary mashup in the Jane Austen-kills-vampires vein—but with Walton solving a Seattle kidnapping in between announcing Pac-12 basketball games, accompanied by his long-suffering partner in the broadcast booth, Dave Pasch. (That’s Pasch pleading with gun thugs to shoot Walton before him.) 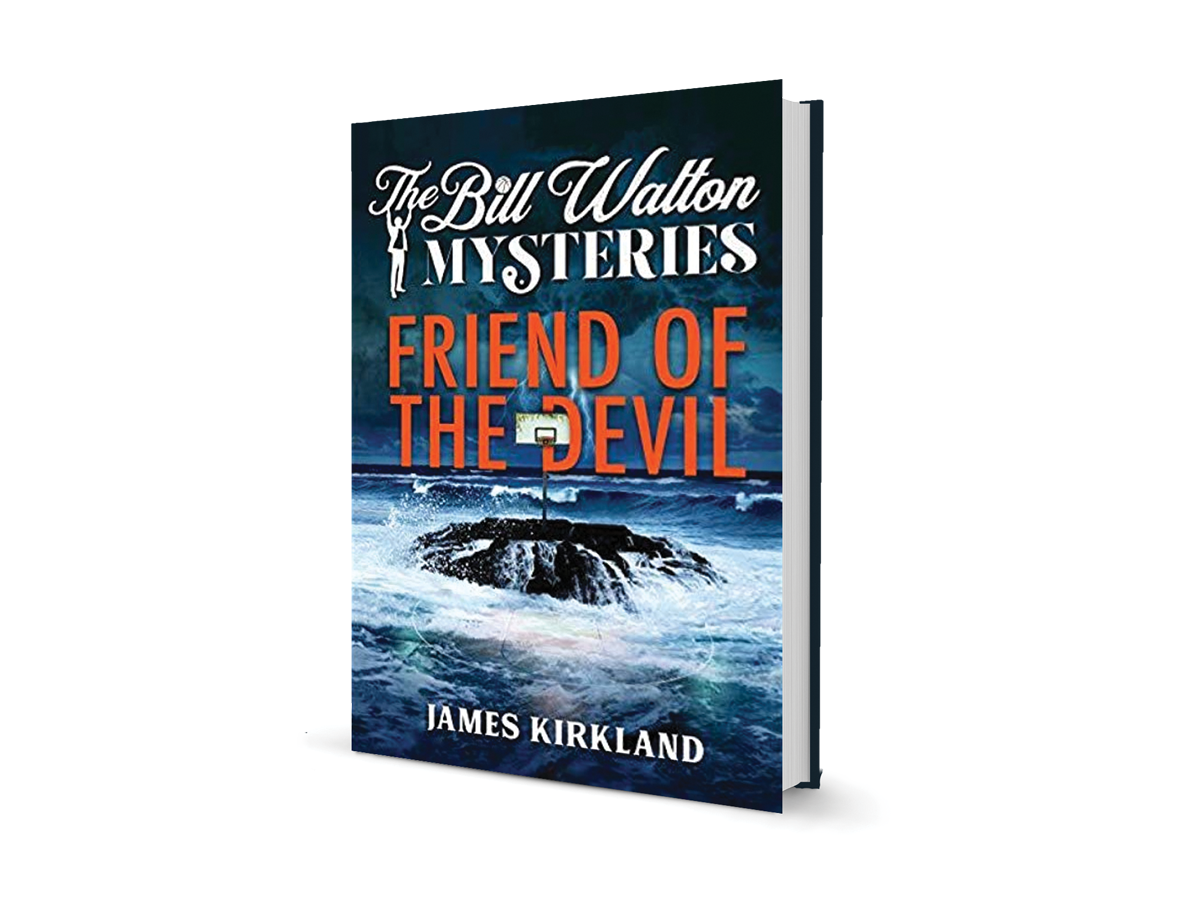 The book’s author, James Kirkland, 38, is a Northeast Portland native now acting and writing screenplays in Los Angeles. He was in the stands of a Lakers game when the idea struck him.

“I love Jack Reacher novels,” says Kirkland. “Detective hero airport paperbacks are my favorite kind of books. I chew through them.”

Versed in the lore of Walton from childhood, he decided the garrulous Blazers legend could carry a potboiler. “Walton seems like the kind of guy who, if a friend came to him in need, he would do anything to help,” Kirkland says. “So I just took that to the most extreme and fictional place possible, of him fighting crime.”

Kirkland has already started the second book in what he hopes will be a trilogy. The next location: Hawaii, where Walton will sleuth while broadcasting the Maui Invitational.