The idea, says Pastor Adam Ericksen, is to signal that there is an affirming form of Christianity “right here in your backyard.”

Pastor Adam Ericksen wants to challenge what you think you know about religion—and you don’t have to go inside his church to get the message.

Ericksen, 40, has been a pastor at Clackamas United Church of Christ (15303 SE Webster Road, Oak Grove, c-ucc.org) for a year and a half. One of his first decisions was to install a large marquee out front, which he has used to express support for the transgender population, denounce white supremacy, and spread awareness about climate change.

The idea, he says, is to signal that there is an affirming form of Christianity “right here in your backyard.” Since putting up the sign, Ericksen says the congregation has doubled in size.

“People are really thirsty for this kind of spirituality,” he says. “We’ve had people come here who have been harmed by religion in the past and they haven’t given up and are stilling wanting community to share life and a spiritual journey with. They often find that here.”

Here’s a sample of some of the best messages Ericksen has displayed in the past year: 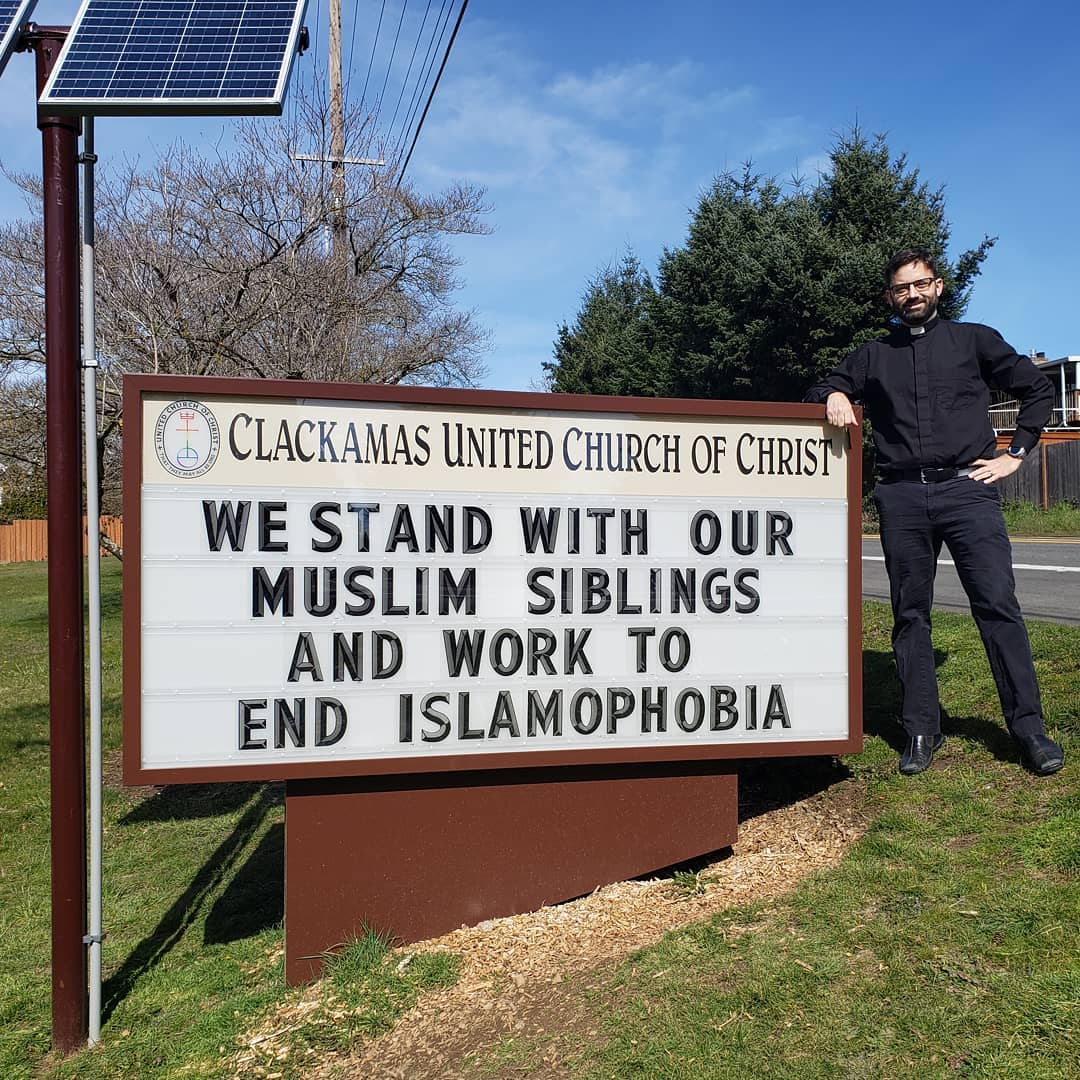 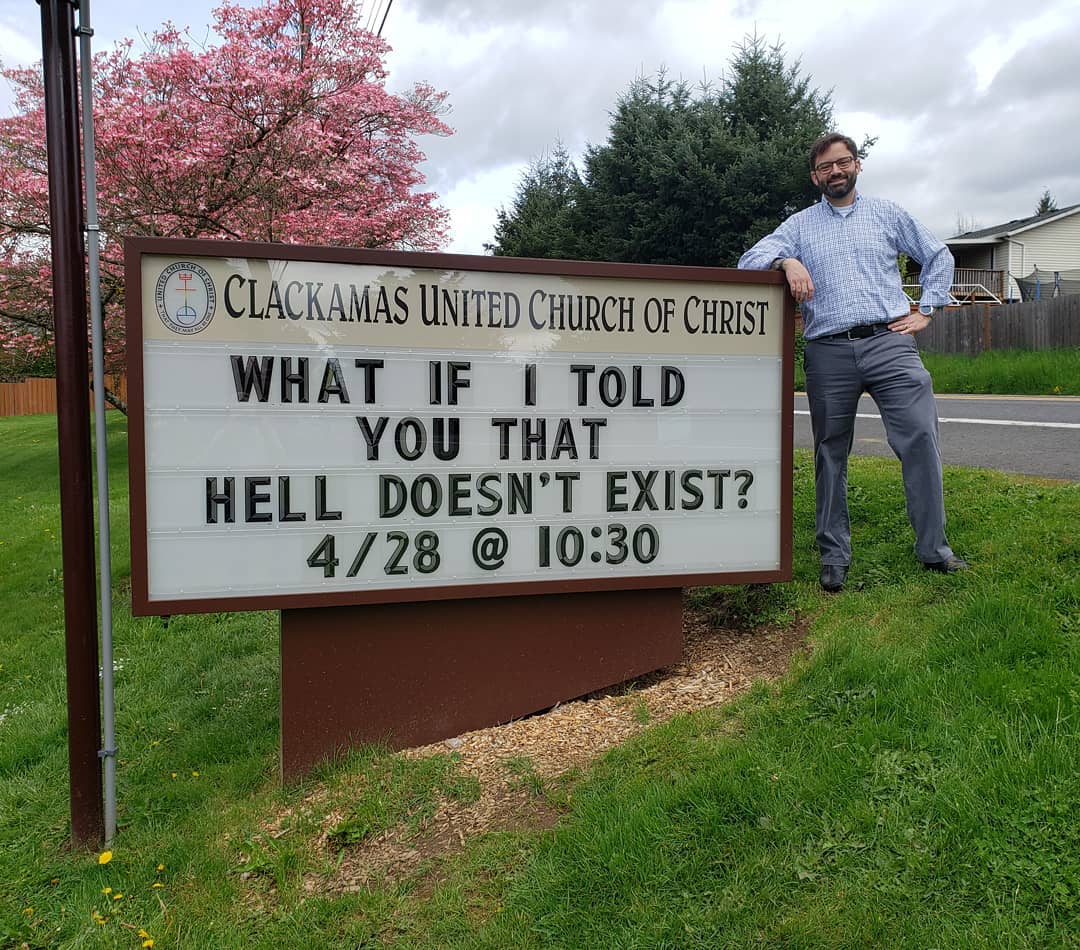 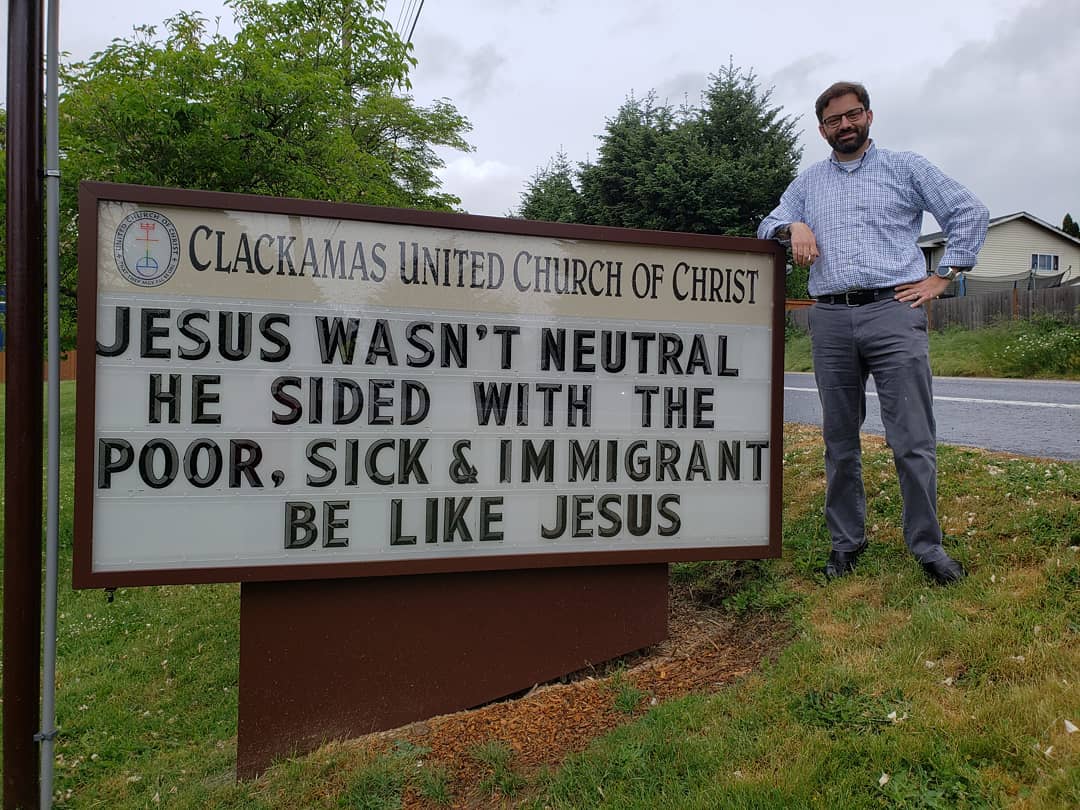 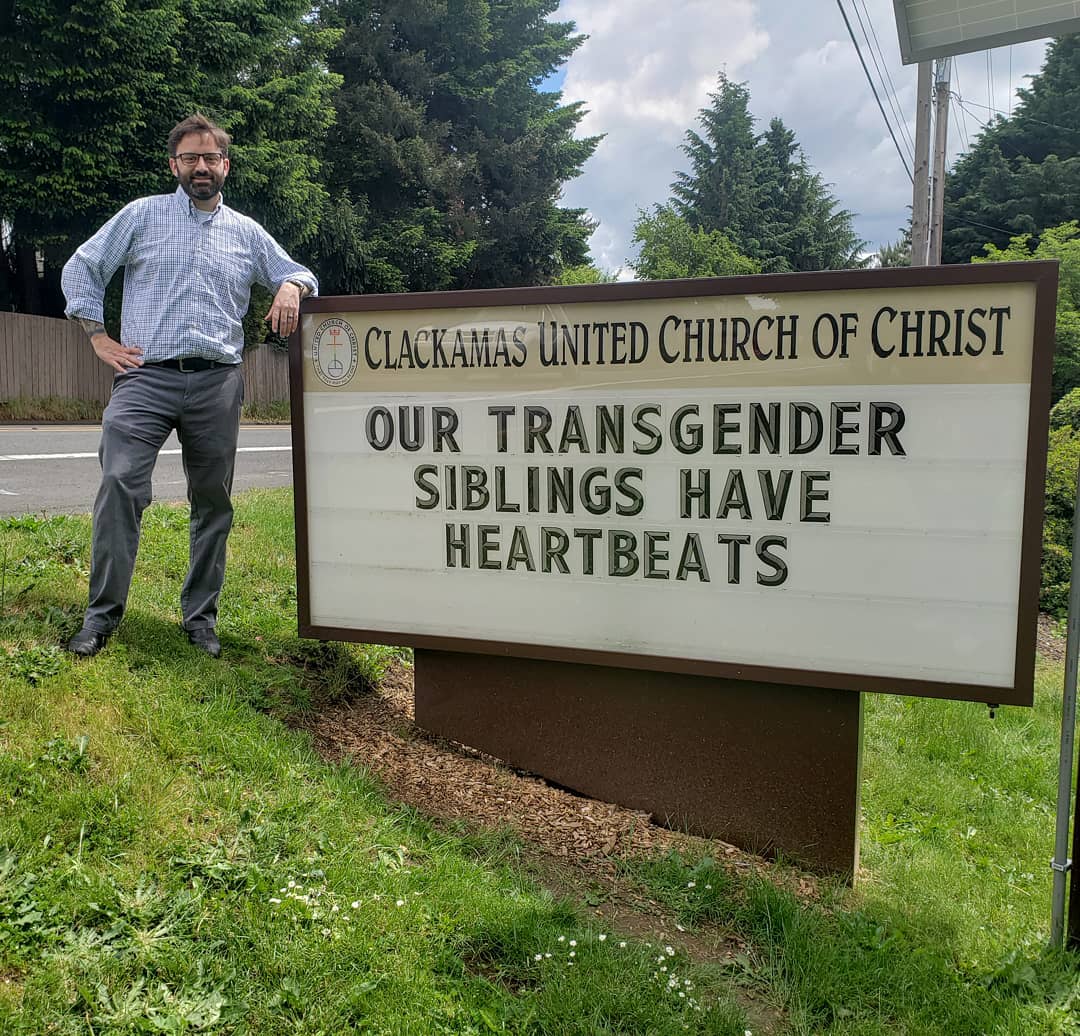 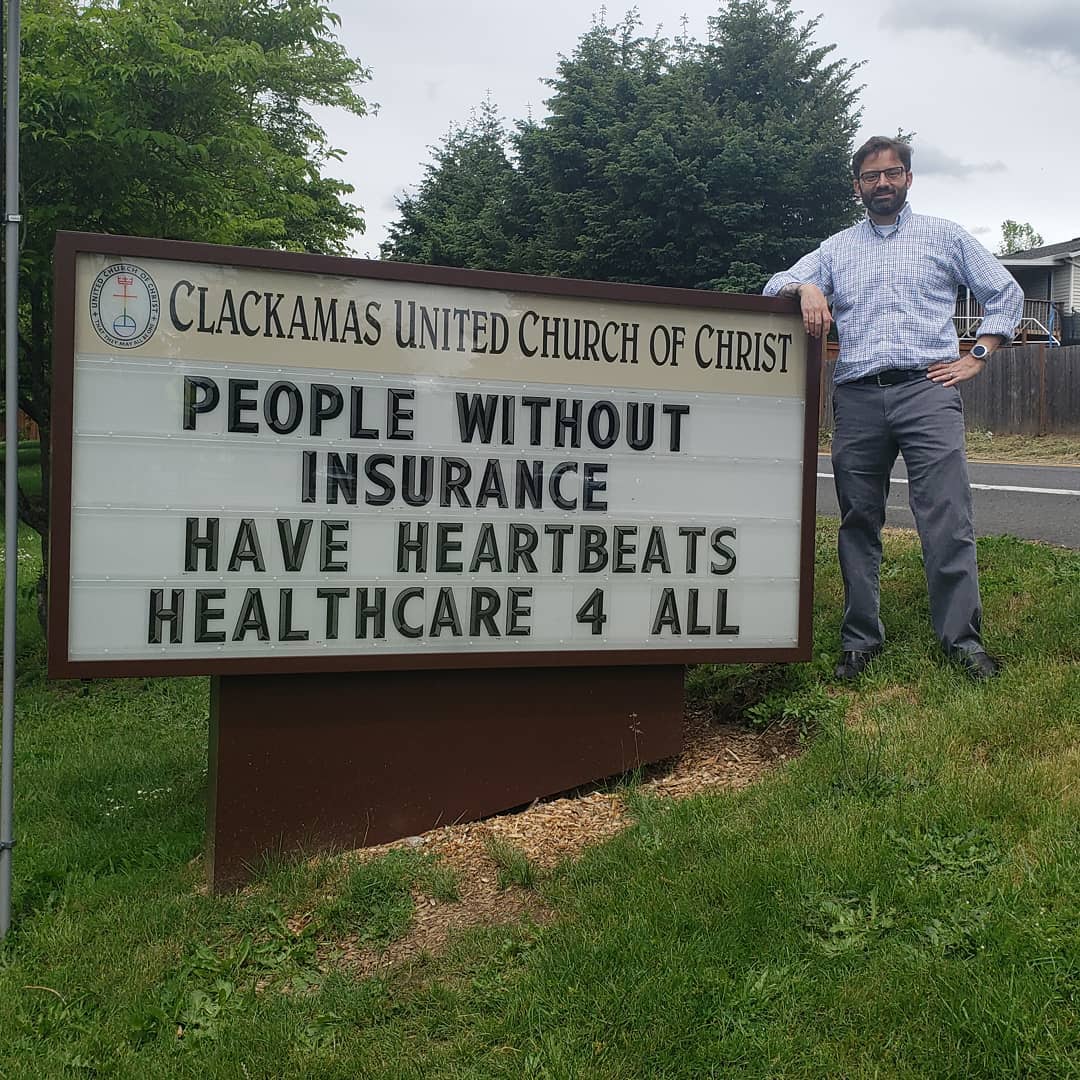 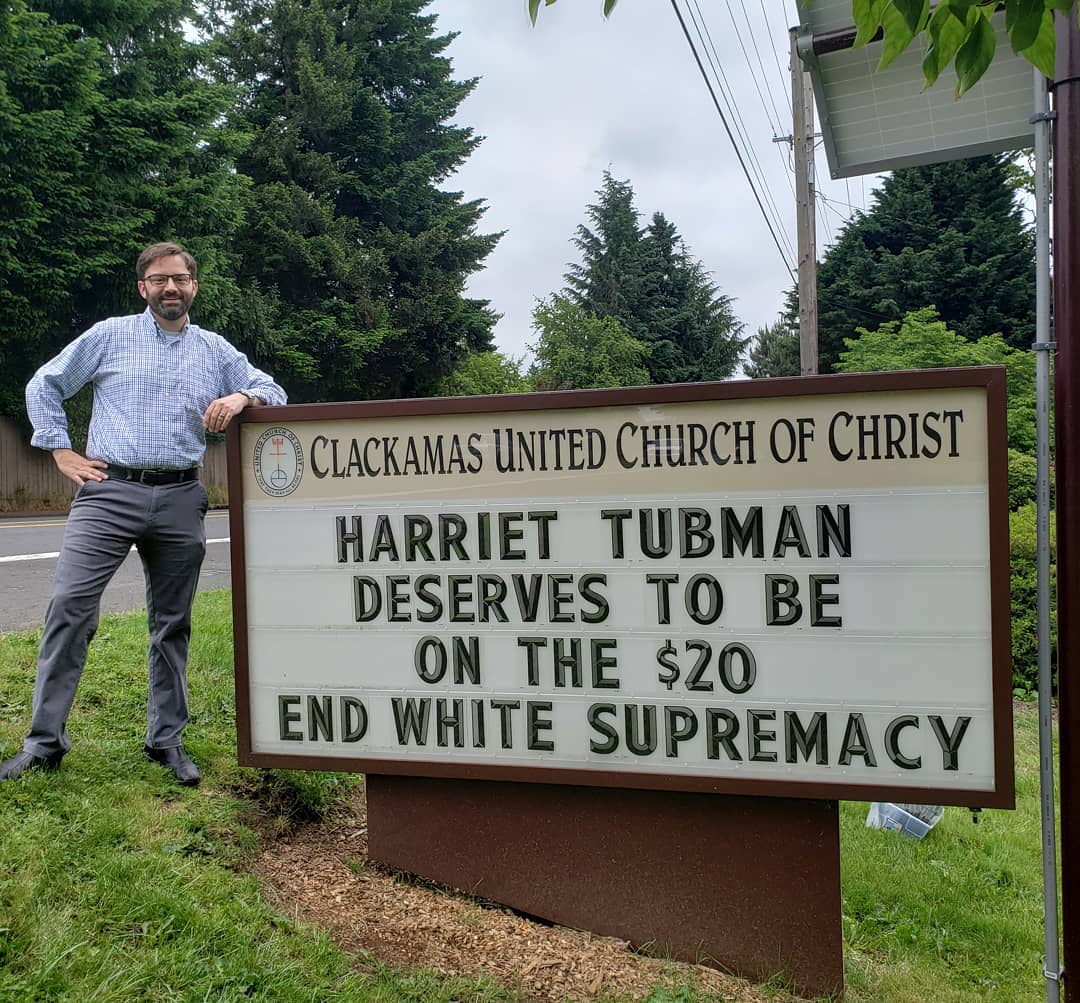 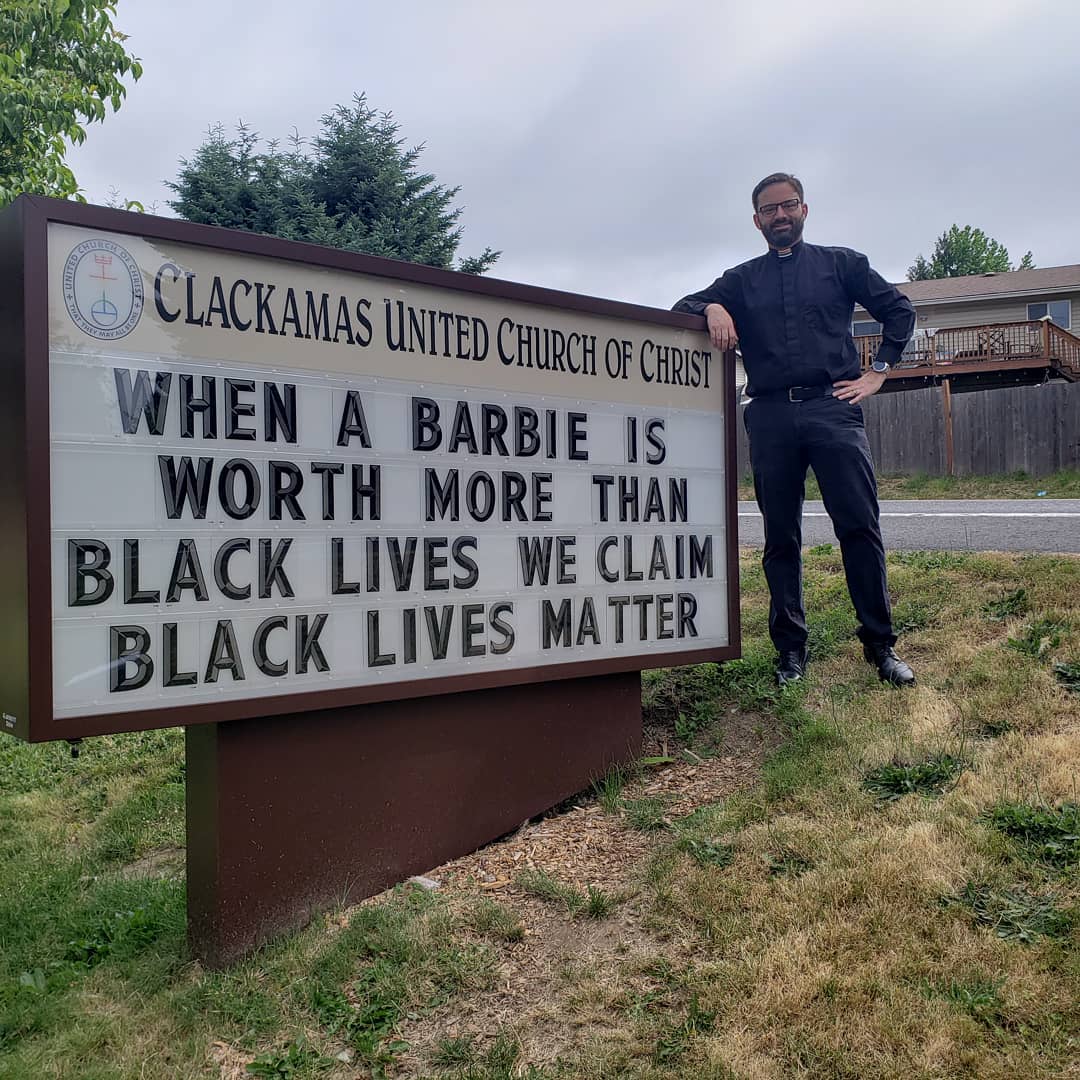