It was a quiet Monday afternoon in February, with only a few customers lingering over beers at Portland’s new Vagabond Brewing (2715 SE 8th Ave., Suite 175, vagabondportland.com), when the Civil Air Patrol burst inside in search of a wrecked aircraft.

“We were all down in the office for our manager meeting,” says general manager Kyle Jensen, “and the bartender comes in and very timidly says, ‘Uh, there’s three guys from the Air Force here to see you.’”

They found the plane in the place they least expected—crammed into the pub’s rafters as decoration, like some sort of extra-large hood ornament.

Last September, the founders of the Salem-based brewery, a trio of friends and former Marines, were looking for a statement piece that would enhance the Portland location’s overall aesthetic and reflect their love of travel. That’s when an acquaintance tipped them off about a 1958 Cessna 310B that had been sitting in a field in tiny Vanderhoof, B.C., for at least 10 years, after a guy with no Canadian pilot’s license or insurance made a very hard landing and fled the scene. So the group set out on a nearly 1,600-mile road trip to retrieve it.

“The Vanderhoof Fire Department up there got it decommissioned through the Canadian FAA,” says co-owner Dean Howes, “and we ended up basically trading a keg of beer for it.”

After repairing a blown tire, narrowly outrunning a blizzard, and some finagling at the border, the crew got the plane back to Portland and stashed it in their new spot in Southeast Portland in time for the brewpub’s opening in February.

It was only a few weeks later when the Air Patrol came calling.

“We’re not sure what’s going on,” Jensen says. “We thought maybe we were in trouble, because these guys looked very official.”

Unbeknownst to anybody at the brewery, something had accidentally activated the plane’s emergency locator beacon. For at least two days it had been putting out a signal to every passing pilot and nearby airports. One of the Vagabond’s servers, whose friend works for Alaska Airlines, later said the captain of a flight got on the intercom and asked passengers to press their noses to the window to see if they could spot the downed plane, not knowing it was actually roosting inside a brewpub.

“They were very, very nice about it,” Jensen says of the Air Patrol crew, who eventually posed for photos with the pesky transponder. “It’s better to find a plane stashed up there than actually have a crashed plane.” 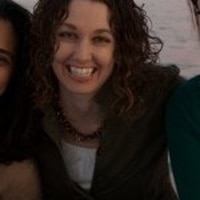