In July, Malin Jiménez helped coordinate the delivery of over 500 postcards written by members of Northeast Portland's multicultural Cully neighborhood to City Hall. Visually arresting photos and illustrations depicting the community's vision for the future—thriving neighbors and neighborhoods; safe, stable housing; intact, well-fed families—adorned the front of each. On the other side, greetings, some written in Spanish and others in English, but the overarching message to the Portland City Council was clear: In one voice they said, help us realize our dream and write the next chapter of our narrative. Support the development of Las Adelitas!

The Las Adelitas campaign, a movement pushing for the construction of 141 affordable apartments on land where a strip club once stood, is one of many community-led campaigns in Jiménez's portfolio at Verde, a nonprofit that serves communities by building environmental wealth through social enterprise, outreach and advocacy. Additionally, she works regularly with the Cully Housing Action Team to set agendas and to identify and take action on housing issues facing low-income communities of color in Cully. This typically results in the creation of a half-dozen annual community campaigns like the one for Las Adelitas, or the recent Verde- and CHAT-led door-to-door and postcards campaign advocating for the preservation of all of Portland's mobile home parks. Building leadership skills for participants in Verde's Cully Walking Group and Lideres Verdes, a Latinx leadership development program are also important parts of Jiménez's work. "It is important to me that people feel ownership over these programs, and I'm just here to help make it happen," she says.

As an immigrant to Portland with roots in indigenous Guatemala, Jiménez's choice to lead community organizing efforts in the nonprofit field and within the Latinx community is a personal one, directly influenced by her own story, which, for a time, included her status as a laborer picking berries in rural Oregon. She began volunteering in the nonprofit field in 2006 and, in 2013, she participated in a professional development program with the Immigrant & Refugee Community Organization, where she was placed as an intern with Verde. Supporting Verde's work, particularly on the development of Cully Park, she realized a passion for community engagement projects geared toward the community's desire for a vibrant, livable community—particularly where affordable housing for renters like her is concerned. In addition to Verde, she continues her work with IRCO, providing Spanish and Mayan language interpretation services.

Bottom line: Jiménez has built relationships with over 100 program participants in six of Verde’s community programs, including the Cully Housing Action Team, Lideres Verdes, Youth Programs, the Cully Walking Group, and Living Cully Walks. Her work supports the empowerment of Cully residents and the continued growth toward the shared vision of development in Oregon’s most diverse neighborhood and beyond. 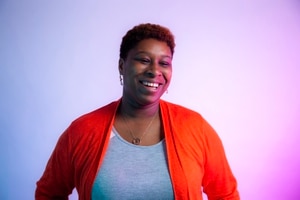