Seeing it up close, it’s hard to imagine it existing only on a screen. That’s intentional: The magazine’s semi-official tagline is “Digital Is Dead.”

When Ashtyn Butuso told her friends and family of her intent to start a basketball magazine, they were supportive but also curious.

Isn’t print dead? Who buys magazines anymore? Even her husband made jokes at her expense.

“When you see it and touch it,” she assured them, “you’ll understand.” 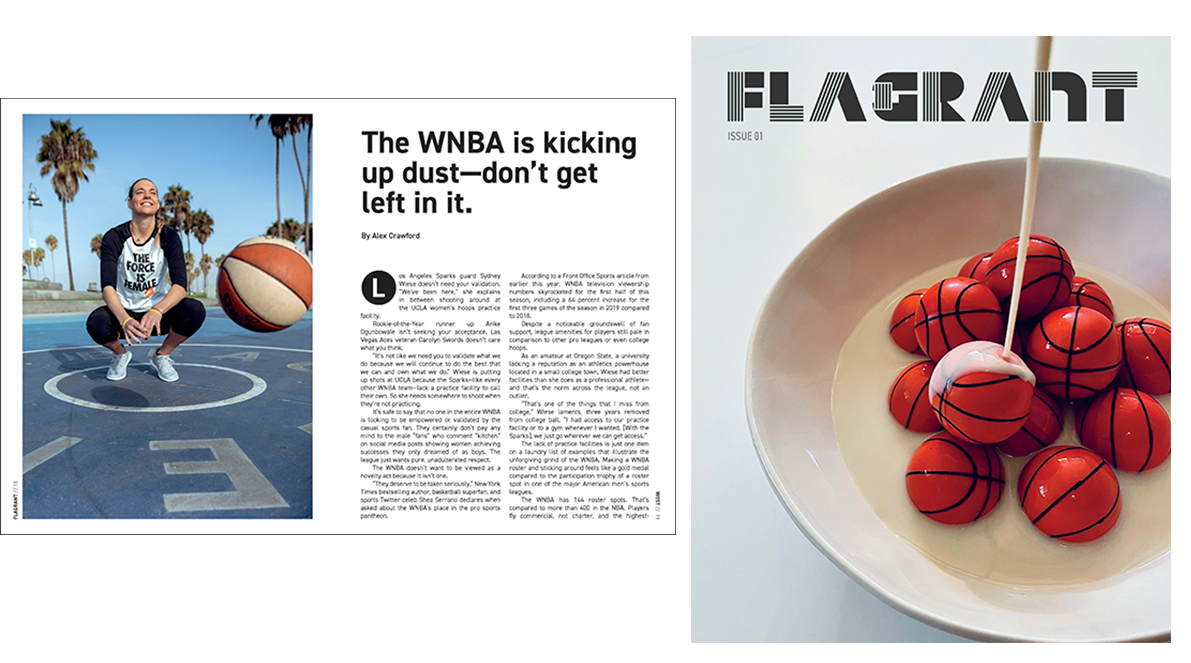 Published in February, the first issue of Flagrant indeed makes a strong case for the continued validity of physical media. Splashed with stunning photography and creative graphic design—the cover will make you wonder if Spalding makes cereal now—it’s effectively an art magazine filtered through the lens of sports. Seeing it up close, it’s hard to imagine it existing only on a screen. That’s intentional: The magazine’s semi-official tagline is “Digital Is Dead.”

That’s not to say the internet hasn’t been important in getting the publication off the ground, though. Butuso assembled Flagrant’s three-woman editorial team last summer via Twitter. (While she and art director Alex Haigh live in Portland, the other co-founders, Bethany Marrie Ito and Brazilia Morales, are in Oakland and New York, respectively.) Its marketing campaign was also social media-driven—a single tweet of endorsement from bestselling author Shea Serrano in June exploded sales, with orders from Germany, France, Argentina and Uruguay. 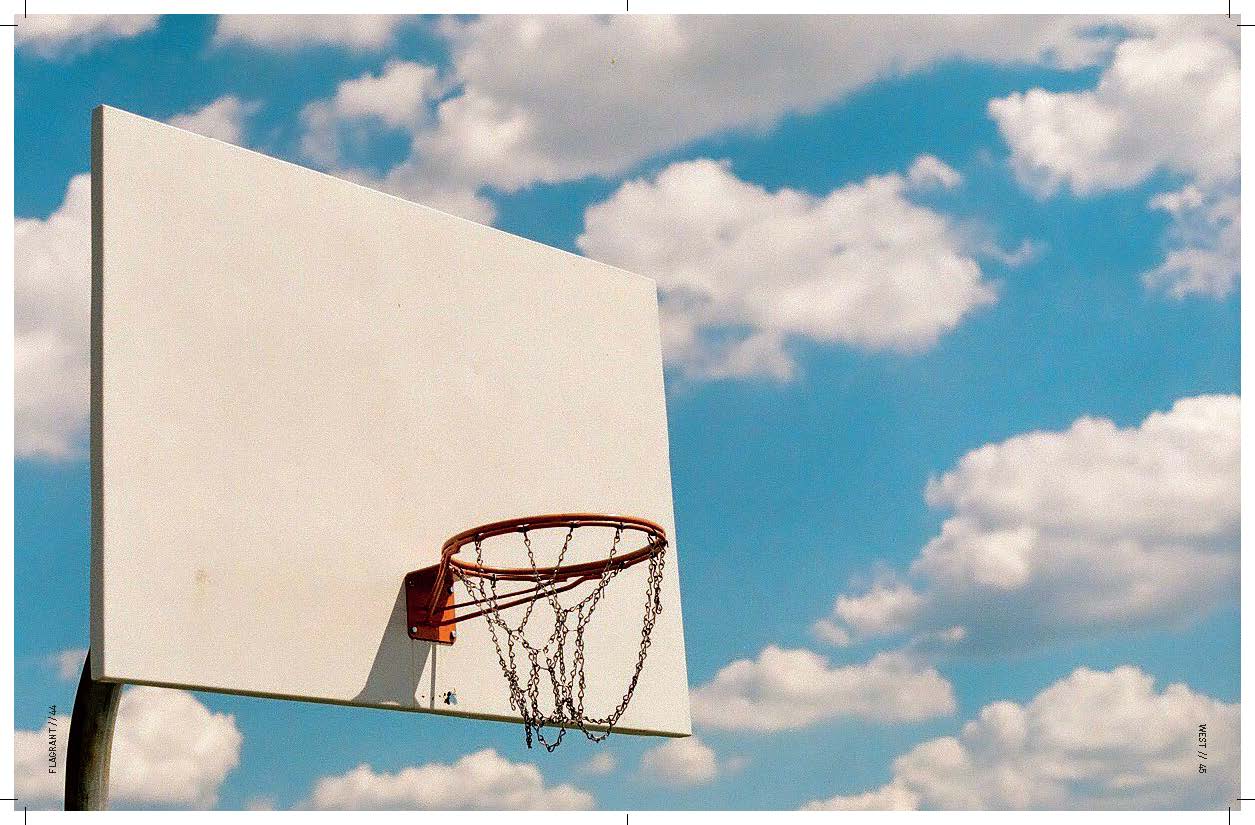 Although half its staff are devout Blazers fans, the magazine is nondenominational in its content—in fact, the NBA itself makes up only a small fraction of what it covers. As an all-female enterprise, part of the mission is to elevate the women in the game: Issue 1 includes a profile of L.A. Sparks guard Sidney Wiese and an essay by a 16-year-old writer arguing for the WNBA to bring a team to the Bay Area. More broadly, the goal of Flagrant is to showcase the breadth of basketball culture, beyond the pros or even the players: Another feature highlights the work of artist Jeremy John Kaplan to repair nets at pickup courts across the country.

“Eventually, we’d love to get NBA players and really famous WNBA players,” says Haigh. “For now, boosting the community that doesn’t get a lot of play and the spotlight is fine by us.”