Stretched from the steel spires around Tilikum Crossing to the riverbound houseboats near the Sellwood Bridge, the South Waterfront is really a few old neighborhoods pressed together with a new one. The northern half hinges on the construction dust and newly built towers around Oregon Health and Science University's South Waterfront campus, which is tethered to Pill Hill by the Aerial Tram. Currently, the South Waterfront is a swirl of patients, medical staff, construction workers and the ghostly residents of speculative condominiums, while the southern half—more commonly known as John's Landing—turned over into condos when the factories closed in the 1980s and is due to be turned over again in the next few years. Currently, this is a neighborhood defined by transition, and the sparkling new Tilikum Crossing can only keep things moving.

Chef Jose Luis de Cossio makes a cebiche—the citrus-cured fish dish that is the pride of his home country of Peru—that is brighter and more flavorful and balanced than any we've experienced in this country. De Cossio serves multiple versions—including vegan varieties—of cebiche each day, each with its own creamy leche de tigre, a bright, luxuriantly dense sauce imbued with the essence of Peruvian peppers. Though the menu changes almost daily, de Cossio keeps it small and centered on the Peruvian foods he knows best, like cebiches and potato dishes. Don't forget to order multiple potato dishes. $$-$$$.

Not every wheel needs reinventing. This family-owned bistro serves up a steady stream of no-nonsense French cooking, and serves as both a meeting place for John's Landing professionals and a nice place to grab a midweek bite followed by a nice stroll through Willamette Park. $$.

Rip City Grill hangs off the north end of a string of carts, plying their trade in hoagie rolls stuffed with saucy, lovingly sliced tri-tip, wrapped in tinfoil, and passed to the hungry working hands of construction workers and nurses in scrubs. $. 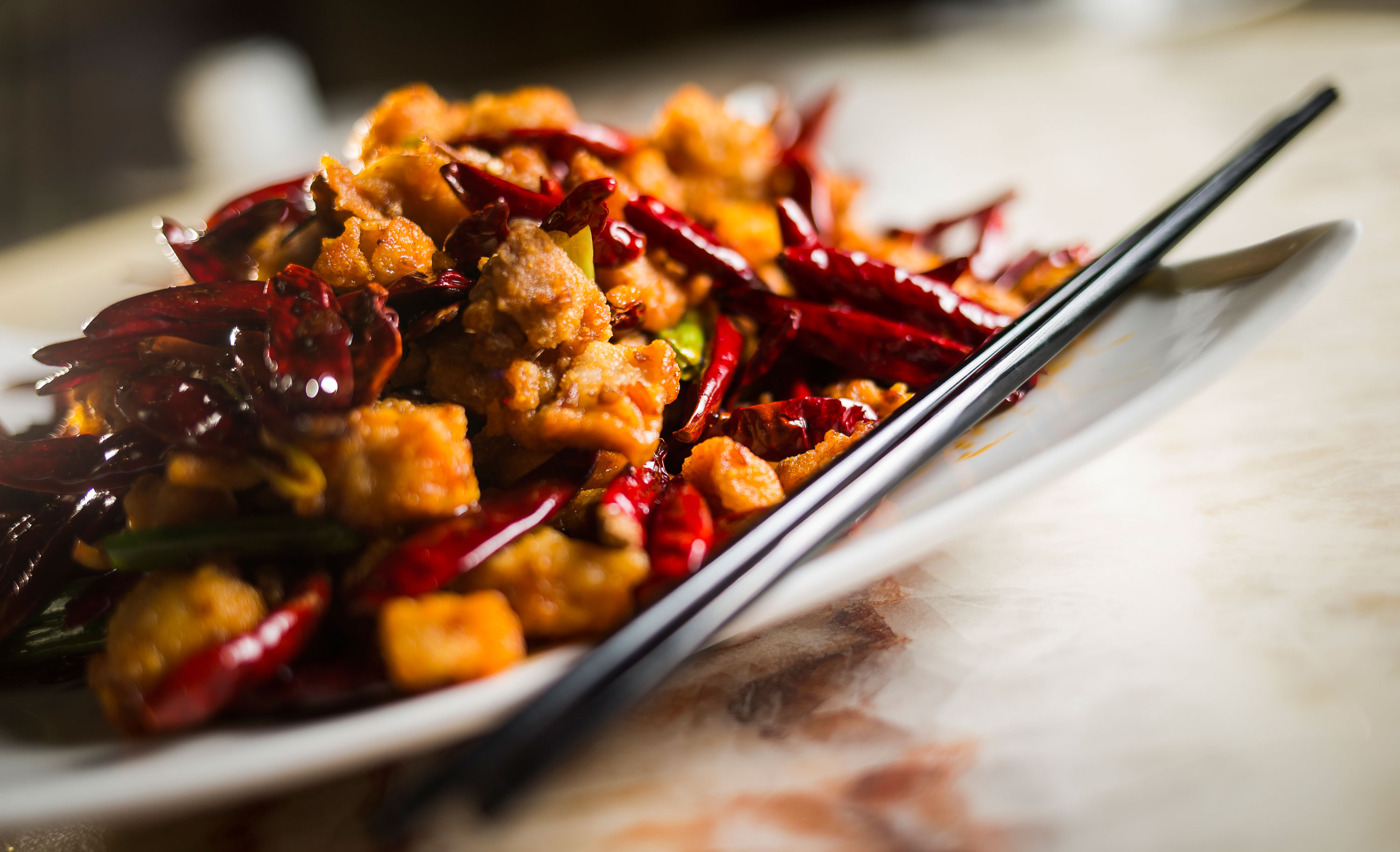 Its rendition of Chongqing hot chicken is the best go-to for a good pepper bath now that Hawthorne's Lucky Strike struck out, a huge plate of wok-fried chicken served with a near-equal amount of dried chilies, chopped scallions and peanuts. $.

In a part of town whose new developments increasingly make it look like a snapshot of the Vancouver (the big one) waterfront, it's nice that there's still room for the Buffalo Gap: the neighborhood's longstanding watering hole that serves hearty classics all day and cold beer until late.

This meticulous space pairs modern lines with a wine bar that focuses on West Coast and European bottles, fancy snacks and gorgeous floral arrangements. Your retired mother will be laughing slightly too loudly with tipsy joy at the sight of it.

Are 55 taps a lot? The Growler Guys are a craft-beer bar and growler fill station that cracks kegs from Oregon and beyond. For those who left their growler at home, you can pick up 32-ounce "crowler" cans that resemble supersized tallboys of whatever you like on tap that are sealed right before your eyes. What a time to be alive.

Between E&R and Frank, the South Waterfront is something of a wino's heaven. This is a place whose 2,000-plus bottles are obsessively arranged according to country, region and appellation, making it both wonderland for nerds looking for a specific glass, and newbies who can be pointed in the right direction with ease. Start with bubbly: E&R's selection is truly special.

The Circuit's original bouldering gym has been serving climbers since 2005, offering classes to children and adults and hundreds of climbing routes—including new routes added every Tuesday—as well as yoga, in case you weren't exhausted enough after your climb.

One of Portland's must-visit tourist attractions, the dual tramlines have been ferrying medical staff, patients, and sightseers between OHSU and the Center for Health and Healing since the end of 2006. Along with offering stunning views, the tram itself is praised by architecture critics as one of the city's highlights.

Tilikum Crossing: Bridge of the People

The car-free crowning glory of Portland's $1.5 billion Orange Line expansion of the MAX to Milwaukie and the latest addition to Portland's storied row of river spans opened last fall. Tilikum Crossing features a light-art installation that shifts with the river's speed, temperature and depth.

Between Southwest Macadam Avenue and the Willamette River.

Since 1929, the focus along this 26-acre stretch of waterfront has been recreation. Soccer fields, tennis courts and picnic spots span most of the land, and there's a wide launch for those lucky boat folks looking to enjoy the Willamette.