Numbers On the Board

Portland east of I-205 is an enormous, car-friendly expanse of long-standing immigrant and working-class communities, which, by and large, go unnoticed by much of the rest of the city's population. Only incorporated into the city proper in the 1980s, East Portland has rapidly become one of the fastest-growing, youngest and most diverse swaths of the city. We're certainly doing East Portland a disservice by condensing our favorites into a few pages, but we hope our comprehensive primer at wweek.com makes up for it.

Supermercados Mexico offers a vision of grocery shopping that's a lot like a child's birthday party. There's impossibly sunny music, a wealth of piñatas and balloons, and a taco feed with a kickass salsa bar. The eastside location—there's another in Hillsboro—may be the most wonderful grocery store in all of Portland, equipped with a frutas stand in the back serving fresh fruits in a cup doused in lime and chili. Pick up some meat from a splendid case of cuts, then order pollo al carbon, followed by a delicious tres leches cake straight out of the deli case. 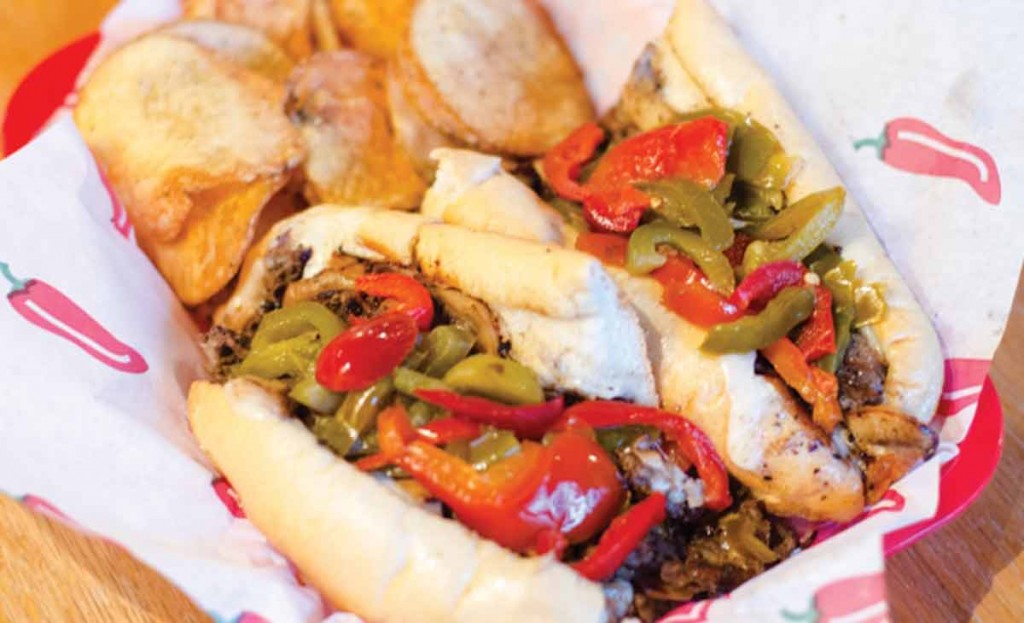 True story: Every other Friday, one staffer takes his newly acquired paycheck three blocks south of the Willamette Week office to the Grant's Nob Hill outpost and plunks down $13 on a full-sized Grant's Original, one foot of sweet and hot peppers, provolone and perfectly seasoned sirloin—the best damn cheesesteak in town. $.

Mother Russia's bosom embrace comes to life in this all-purpose deli. Women in long, floral dresses bustle around the labyrinthine rows of jams, pickles and baffling Russian ointments. Ask them what's best and take home an armada of deli containers from the smorgasbord of meats and beets. $.

Next time you want broasted chicken and jojos during a ball game, drive out to Sadie Mae's, the secret sister of perennially packed Division staple Reel M Inn (see page 177) by Mall 205. It's the exact same food, minus the fracas. $. 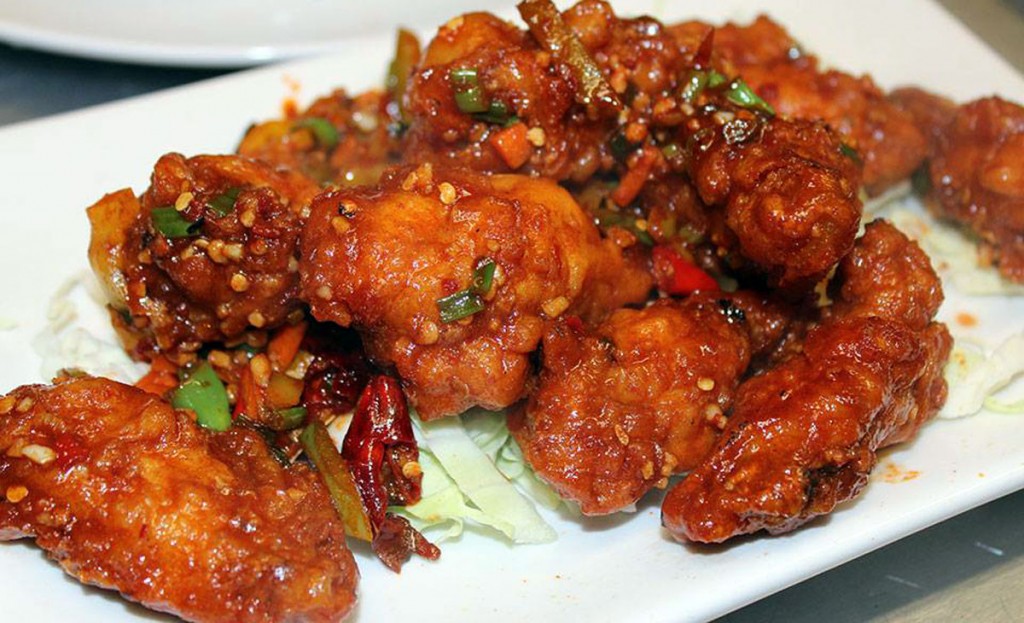 Despite its Teutonic-Taiwanese name, the spot's influences are Chinese and Korean. Get the ja-jiang mein, a pile of beautiful, chewy, lovely noodles served with a sauce intimidatingly ink-black and goopy with bits of octopus. Unlike the crowd in the walled-off video-poker room, on the noodles menu you always win. $.

This Mexican and Cuban restaurant and club is an oasis of bright disco lights at night and pepper-flecked family meals by day. The DJ reigns supreme on weekends—Fridays are for karaoke, Saturdays for dance-club salsa. Wallflowers should expect to be pulled into the disco lights by fast-talking girls in tight white pants and sky-high heels, or guys in white tees with slicked hair.

Everything about the Pink Feather is pretty weird, in a way that only happens in a part of town that has yet to be commodified—the kind of place where day-drunk 50-somethings dance to two guitarists playing drum-machine-assisted classic-rock covers, then nearly come to blows over an incident involving a squirt gun.

Disc Golf Depot's somewhat taciturn owner, Jerry Miller, has spent 30 years building the sport of disc golf. If you need a disc, he'll not only know which one, but he probably also stocks it in a color that matches your shirt.

Think of Fabric Depot as a Costco for crafters. The industrial warehouse-sized shop attracts everyone from bespectacled quilters to 20-something moms in Kate Spade flats. The Depot is Portland-famous for its "Fancy Forest" quilt workshops, which feature Elizabeth Hartman's minimalist designs with twee foxes, owls and hedgehogs.

Dispensary Five Zero Trees is mainly medicinal, but the pot connoisseur will also feel at home, with 50-plus strain selections. It's known for its high-end butane hash oil—but for a more casual experience, the pre-rolls are huge and a bargain at $25 for three, with top-shelf recreational going for $13 a gram.

Owner Yusuf Iqbal started Mingala so he could import all the specialty ingredients necessary for Burmese home cooking. He later began stocking products from across Asia, Africa and the Middle East, making his shop one of the most diverse in East Portland. At the cut-to-order meat counter you may hear someone inquire about the price for a whole young goat.

This community center isn't at the center of any particular community, but it's easily accessible by transit, it's near a mall, and there's a water slide, a rock wall, some basketball hoops and a big ol' play set. The center offers camps that double as really cheap baby-sitting, at about $10 for a full day if you enroll for both morning and evening sessions.

Despite the waning popularity of golf, the 242-acre Glendoveer endures as one of the largest parks in East Portland. Someday, it'll be soccer fields and a giant skatepark. Until then, come and enjoy it—even if it's just for a walk around the tree-lined course.

Powell Butte is the zenith of an untamed, inclusive Portland. The city's easternmost Benson Bubbler water fountain leads to paved, wheelchair-accessible trails that tangle into forested glens, grasslands where swifts whirl and dive, and a 360-degree lookout that showcases Mount Hood burning the color of a cherry Slurpee in the sunset.