For locals still convinced that Portland lost its soul, the inner eastside is where Portland jumped the charcuterie. But imagining a complete transformation rather underestimates how deep the area's weirdness lays. The vacuum museum endures, and while ad agencies and production companies overtake Portland Storage, a prominent (four-inch-horns-implanted) Satanist figure still serves as building manager. Our Lower East Side has always felt like the most defiantly urban part of Portland, and there's a certain logic to the ongoing changes—practice spaces give way to venues and home-furnishing stores become housing. Neighborhoods do evolve, even if recent developments have artificially hastened the timetable.

Kachka, our 2014 Restaurant of the Year, makes homestyle Russian food to a standard you'll struggle to find west of St. Petersburg. It's filled to the brim with colorful Soviet propaganda posters and a sense of nostalgia for a time that might not have ever existed but seems wonderful, boisterous and free. Take, for example, the Herring "Under a Fur Coat." It's as if some wizard took all the cold salads at a potluck picnic and did a spell over them. The potatoes and the beets and the herring and everything else come together in a magically refreshing and satisfying way no mother could recreate. $$-$$$.

Three hours after you're shown to your seat by Holdfast's two chefs—they'll bring an aperitif and paint the scene of their drive out to the foggy coast to grab the revelatory fresh geoduck clams you're about to eat—you'll emerge sated, smarter and perhaps with a couple of new friends. $$$$.

J & M has the charm of your favorite greasy spoon with the modern quality of our city's high-end spots. It isn't going to overthink your go-to brunch order with atypical ingredients, but it'll make damn sure your chorizo scramble is going to be among the best you've ever had. $.

An after-hours institution perhaps best known for snarky waiters' long pours and the communal tables grouping together a motley post-bar assemblage of goths, club kids, and suburbanites, the nighthawks found their way under the Morrison Bridge to forage for Creole comfort staples alongside more rarefied delights like frog legs and alligator bites. $-$$. 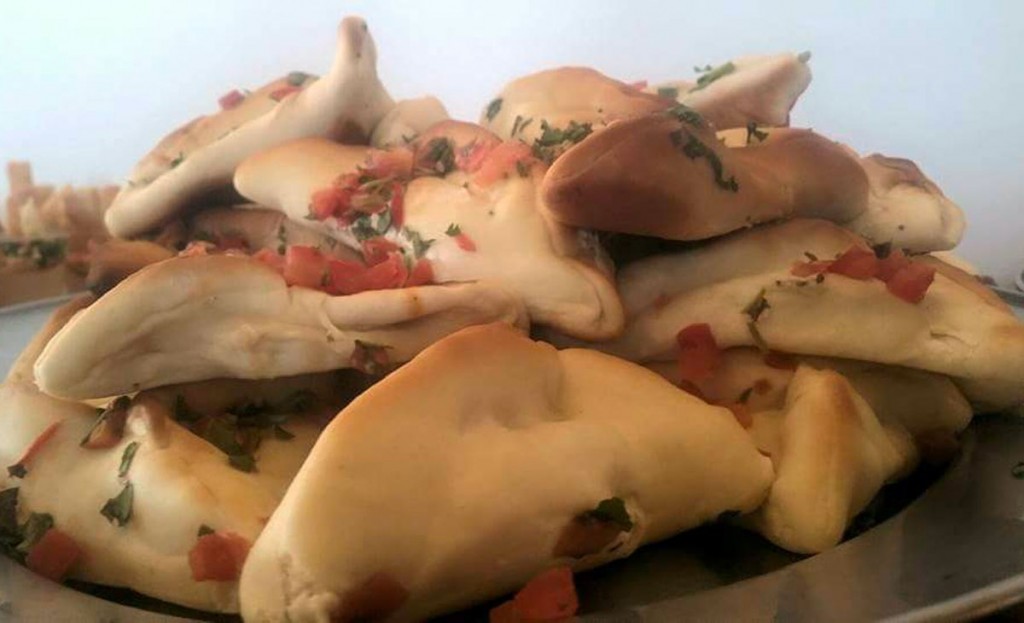 This industrial eastside Italian spot is a gorgeous space that inspires adoration: airy, undivided and centered on two long wood slabs surrounded by old-fashioned classroom chairs. The menu changes daily but you want the pasta, bread and then some more pasta. $$$-$$$$.

As one last grand passion project before his 2015 death, Steven Smith opened a flagship location for his namesake line of artisan teas. Curious consumers may sip impeccably-steeped flights, quaff carbonated varieties straight from the keg, or simply watch the production of a favored flavor from leaf to cupping lab to sachet. $.

Among the many delightful little discoveries at Erik Van Kley's ode to big-tent Americana, there is one very big one: the crab. Enjoy it with the Pinewood Baron—an elegantly smoked Negroni made by adding barrel-aged, smoky lapsang souchong tea. $$$.

Trifecta is equally welcoming to single drunks at the bar, to intimate dates in the plush booths and to loudmouths with kids at the party tables in the middle. Food is humble in spirit—the dishes startle not with novelty but with sterling execution, and are delivered to your table with the effort-free cool that comes only with genuine competence. $-$$$.

While the cafe's primary concern remains the blood of the bean—artisan coffees roasted upon a 1974 French Samiac plucked from the Swiss Alps—this favorite of the quickly-percolating Water Avenue barista district has also expanded its menu to feature a selection of Antipodean toast dishes. $.

Bit House is a bit like a circus for bar people. Seemingly everything is happening at once—cocktails served in bottles with straws, house-blended sherry, slushies, High Life ponies as whiskey backs. There's always something new, and the bar staff is among the most lauded in town.

Dig a Pony has a special place as the industrial eastside's gently posh, everyman's meat market and party bar. Though DAP's enormous picture windows, exposed-wood walls, Belgian Pilsners and sours permanently on tap, and rotating cast of vinyl-only DJs place it dead center in the shitshow of New Portland hip, the bar's prices and easy demeanor keep it approachable.

Loyal Legion is home to what's likely the longest bar in Portland and 99 taps of all-Oregon beer, the largest selection anywhere. If you dig, you'll almost always find a buried treasure, like a double IPA from Upright Brewing—an absolute corker.

My Father's Place is a bar of gruff bonhomie, unreconstructed comfort food like gravy-covered chicken-fried steak, impossibly cheap drinks and a well-worn rec-room aesthetic. For self-made orphans day-drinking away obligations, "spending the holiday at My Father's Place" remains the perfect excuse—for almost anything, really.

Though the menu is rum-happy and loosely tropical, Rum Club has recently gotten more mileage out of bourbon and muscat brandy. You can't go wrong with any order, but we heartily recommend the Pedro Martínez, which blends aged rum with Torino vermouth, bitters, lemon oil and sweet maraschino. 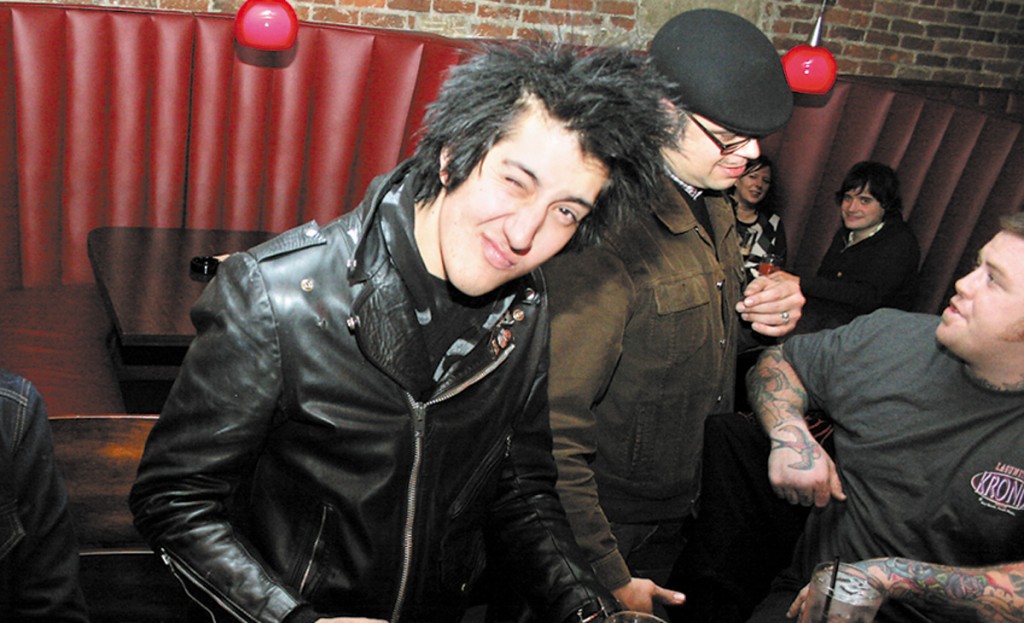 This is an unlikely home for Portland's most celebrated pub burger: the Slowburger—a Beacon Rock-sized column of ground chuck, Gruyere and onion rings that tastes like the Oxford English Dictionary needed more definitive examples of the concepts "fat" and "melt." Practice self-care and order it with salad.

White Owl has a sterling selection of beer taps, a DJ party mess on weekends and taco parties. Is it embarrassing that the only place you see L.A. nightclub-style lines in Portland is at a summer patio bar with a bunch of picnic tables?

Something like the eastside's answer to U.S. Outdoor Store (see page 27), Next Adventure is an all-things-outdoors superstore in the heart of one of the least-outdoorsy chunks of the city. It has everything you could want for kayaking, climbing, camping and traversing the snowy wastes, whether by shoe, board or ski.

Among the oldest such stores in the country, Portland Music Company stocks a wide variety of guitars—the most impressive hung out of reach and not for sale—alongside a range of instruments, stage gear, recording equipment, and Oregon's largest collection of sheet music. The nearly 90-year-old shop offers the usual lessons and lately even some electronica tutorials.

Elaborating on traditional notions of gallery management with heightened showmanship, AFRU often seems as much venue as exhibition space. Their annual Byte Me! showcase accents the potential of interactivity with snarkily digitized installations, while a recent Art of the Circus debut featured performances by jugglers, contortionists, and A-WOL Dance Collective aerialists.

Oregon Museum of Science and Industry

More than a million visitors each year visit this ginormous facility to simulate earthquakes, explore black holes, prowl the decommissioned attack submarine, or gaze upon the IMAX-sized theater screen. While the grand majority of exhibits are geared toward the junior scientist set, museum restaurant Theory takes both food and food-science seriously while OMSI After Dark invites age-appropriate guests to drink up chemistry's finest practical applications.

After long chasing stages to host their innovative productions, the lauded theater company finally bought a warehouse all their own with space enough for collaborations, independent adaptations—upcoming runs include the fairy-tale-brutality-inspired HEAD. HANDS. FEET: Four Tales of Dismemberment—and year-round classes and workshops for both young and old.

Where to play the beautiful game in the dampened city? Portland Indoor Soccer's 20,000-square-foot complex offers classes in conjunction with the national Lil' Kickers program of non-competitive instruction for tykes aged 1½ to 9, plus five seasons of adult league play.

Not, in any way, a "kid's toy museum," this collection of Frank Kidd holds some 50,000 playthings primarily made pre-WWII—an age without plastic (or, alas, much racial tolerance)—while concentrating upon die-cast vehicular models and perhaps the world's largest assemblage of mechanical banks.