In the geographic center of the city, the Lloyd District is worlds apart from the Portlandia vision of Portland. The district's two founding fathers—a railroad magnate from Kentucky after whom Holladay Park is named and an oil magnate from California—didn't quite fulfill their dreams of building Portland into a perfect metropolis. Today, the Lloyd District is a MAX thoroughfare lined with federal buildings and car dealerships. It is also home to the city's best shopping mall, the state's largest convention center, and the Portland Trail Blazers. At the north end of the district, on Northeast Broadway, you'll find all the boutiques, artisan soft serve and vegan fare a Portlander could hope for, along with the city's best salsa dancing night.

Once named one of WW's "Top Five Bars for Parents of Small, Loud Children," Aztec Willie's is a family Mexican restaurant by day with killer late-night deals (half off mostly everything). But Friday and Saturday nights, the tables get pushed aside for Portland's best salsa dance nights, packed with pros to ogle and amateurs getting lessons. If you can get in the door, get on the dance floor. Every Wednesday is bachata day, with lessons by Dance to My Mambo at 9:30 pm. Wednesday's $5 entry fee is worthwhile to prepare for the weekend's sweaty, sexy, burrito-scented and tequila-fueled dance nights.

180 serves churros, little cups of sauce-thick cocoa, and coffee. The best are the churros rellenos, filled with chocolate, dulce de leche or creme brulee. They get even better when you dip them in xocolata, a thick sauce of rich, warm and only mildly sweet liquid cocoa. $.

Portland is a wonderland of vegan bowls, and the best is here, under crystal chandeliers, in a pristine restaurant that looks torn from a Pottery Barn catalog. The raw plates, like live nachos, are satisfyingly hefty thanks to nuts and cashew cheeses. If a bowl is not for you, the burger is for everyone. Add avocado and prepare to forget that cows exist. $$.

Chef Jose Chesa (also of Ataula, page TK) has opened a Spanish restaurant where you're best off enjoying some small plates—especially the costilla rib plate and the patatas bravas—and washing them down with the best gin and tonic in Portland. $$-$$$.

This organic fro-yo spot on Broadway buys its milk at family-run organic dairy farms within 100 miles of Portland and uses no hormones, artificial sweeteners or corn syrup. You don't pay by weight; instead, build yourself a sundae by picking a yogurt in flavors like vanilla, raspberry or coffee, then choose toppings from a long list that includes local honey and gummy bears. $.

The Reggie Deluxe, a towering biscuit topped with fried chicken, cheese, bacon and an egg, and oozing sausage or shiitake gravy, should be a reward for a late-night dare. Christ, why is this place not 24 hours? $$.

Black Water, which took up Habesha Lounge's mantle for "venue on Broadway," achieves two difficult things: operating an all-ages venue and bar, and serving good vegan food. If sharing your zone with younger people with tighter skin and septum piercings bothers you, the micheladas are hearty enough to dull your insecurities.

The eponymous Nat started with one bountiful tree and some experimental brewing. Now, this massive tasting room and production facility holds around 20,000 gallons of his ciders, with rotating brews that incorporate ingredients like peach and spicy ginger.

This sports bar and event venue capitalizes on its proximity to Moda Center and the Oregon Convention Center with huge TV screens, $1 cans at happy hour, an espresso bar and enough space to host indie film and networking events. It's nothing if not well-planned.

Swift Lounge straddles the line between 1:30 am wells and Sunday brunch with its dominatrix-y black and red interior and sunny sidewalk seating. Here, the drinks come cucumber-infused or shot with elderflower syrup and make a perfect, bright counterpart to the gravy-heavy loaded potatoes or grits.

Even in Portland, there are still times when you need a mall. At those times, Lloyd is the only real answer. The ice rink inside it, where Tonya Harding learned to skate, will reopen in November. Until then, enjoy everything from H&M to Hot Topic and the must-visit Joe Brown's Carmel Corn.

Things From Another World

One step into Another World and you're swallowed by bright displays of every comic imaginable, figures of Suicide Squad characters and racks of discount books. Regular events like the annual 50-cent bargain sale, monthly book signings and drawing classes for kids make this a community center as much as a comic shop.

Sweet Jayne is a hyperlocal, minimalist boutique decorated with succulents and an ironic globe. In 2012, the new owners committed to carrying only six of any given item. Now they feature 30 local makers and rotate their stock weekly. That means you'll find Northwest favorites like crystal pendants, screen-printed tees, and boho bags, but you'll rarely see another girl at the club with the same outfit. 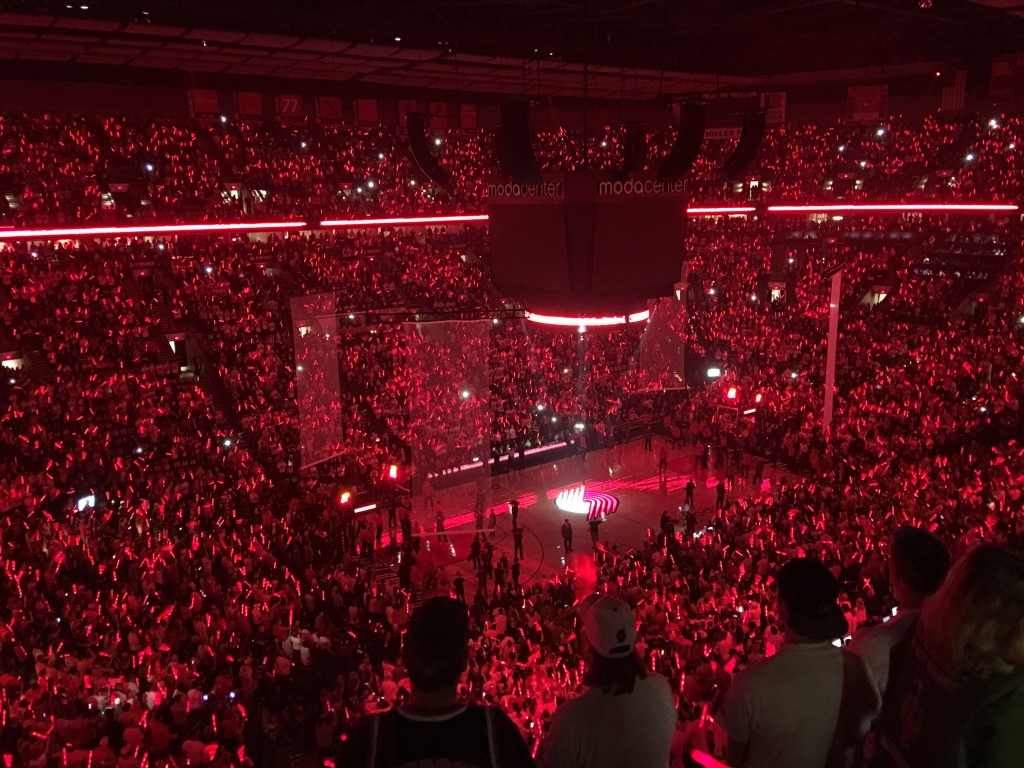 After last year's quasi-miraculous run by the Trail Blazers, where Portland saw a team projected to win 27 games win a playoff round and give the then seemingly unbeatable Warriors a run for their money, you're going to find a city in a borderline frenzy for the 2016-17 season. You'll find the Blazers' home games—plus Portland's major junior hockey team, the Winterhawks—at Moda Center.

Farmers markets, National Guard expos with climbing walls, beer fests and a rotating lineup of outdoorsy meet-up groups take over this square, which is better known as a busy MAX Red Line stop on the way to PDX. As far as Lloyd Center goes, it's the greenest park area and a shady respite from the concrete desert that is the rest of the neighborhood.