As the upper edge of a once-thriving shopping thoroughfare so vibrant the Smithsonian chose a picture of postwar Sandy to lead its Suburban Strip exhibit, the neighborhoods east of Hollywood were once among Portland's most glamorous, but highway construction and evolving consumer habits had a withering effect upon the district. Today, Roseway exists as a charming blend of bohemian enclave, Southeast Asian community, and Main Street U.S.A. If certain stretches still betray the dreariness of a lingering economic pall, the area still retains its bygone curiosities and oddball vendors catering to rarefied niche concerns.

There's probably a reason egg creams and Green Rivers have gone the way of radio cowboys, but the charms of Fairley's lie less with the ice-cream sodas than the continued existence of the fountain itself after more than a century. Inside the perfectly preserved façade, area residents still stream through to pick up medication and, on our recent visit, an honest-to-God pack of teens slurped malts from the center table. Sure, look closely enough and traces of modernity announce themselves, but the bundled anachronisms and Norman Rockwell bonhomie skew perspective. It's like a fountain of the elderly's youth.

Although the variety of doughnuts filling the glass case each dawn—and disappearing soon after—probably hasn't changed for decades, the absence of showmanship only calls attention to the quality of craft baked into every lightly sweetened, firmly crisped fritter, cruller and buttermilk bar. $.

A midcentury modern castle holding fast the rampart against creeping modernity, Clyde's Prime Rib luxuriates in a delirious sheen of retro indulgence. Saunter past the full suit of armor and glittering chandelier, sip a French 75 with your oysters Rockefeller, and gaze across the dance floor at some of Portland's finest jazz and R&B acts. $-$$$.

A meaty Portland institution, stop in to pick up the two-meat pork and beef combo, and then take it somewhere—the vultures will circle. $.

Pho An Sandy's special bowl ticks every meat-option box, so you can deploy the well-stocked herb plate to buoy the springy meatballs once you've slurped up all the rice noodles. Its magical elixir of a broth had us dipping our spoons until we hit bottom. $.

Within an area justly famed for its array of unassuming Southeast Asian eateries steeped in pungent authenticity, the 2014 introduction of a seven-barrel-system gastropub hawking craft beers and Chinese fusion couldn't have initially seemed the smoothest of pairings, but the crowdfunded collaboration between local kitchen and brewery vets has adrenalized a neighborhood long dominated by familiar comforts. $-$$.

While not everyone may enjoy its current incarnation as a strip club for down-market buccaneers, this ginormous stucco replica of an 8-ball-corked moonshine jug built in 1928 remains a proud testament of the days when outsized kitsch ruled the boulevard.

Dr. Tongue's I Had That Shoppe

Dr. Tongue's may advertise itself as hosting "the things your mother threw away," but its abundant stock actually highlights those toys and collectibles you'd always wanted—a Fall Guy lunchbox, Buck Rogers thermoses and vintage packets of Bugs Bunny Kool-Aid, perhaps toxic but surely worth the risk. 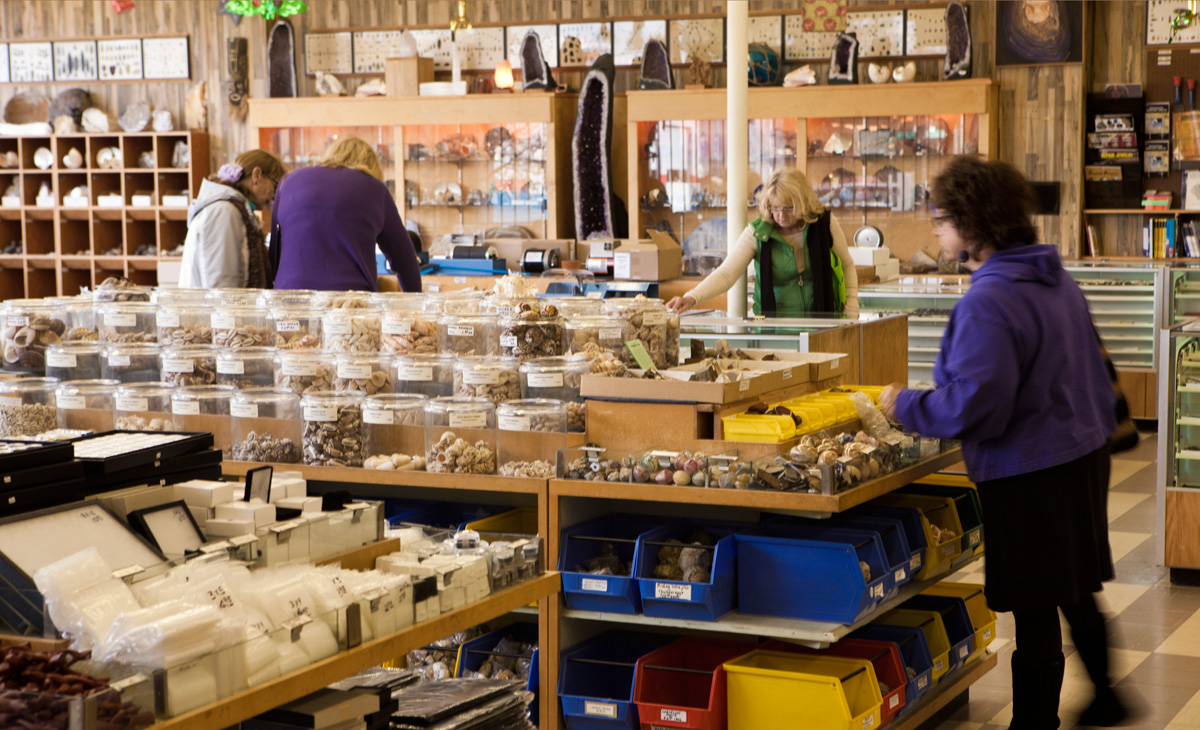 As much a museum as an emporium, this sprawling assemblage of gemstones lured aficionados to the agate-inlaid storefront even back when local rock houses sold something altogether different. For jewelry designers, there are racks of precious stones, and rockhounds-in-training can purchase lapidary tools while looking up at the mounted collection of vintage firearms for a reminder of prospecting's blood-spattered history.

Alongside all the amenities ordinarily expected from a large municipal park, Glenhaven's 16 acres afford even more varied pursuits. Films and concerts are held during the summer, an 11,000-square-foot skatepark draws Madison High students, and pooch owners wait outside the fenced dog park for isolated play areas available solely to canines who've passed complimentary screenings from the nearby Banfield Pet Hospital.

After opening in 1924, the Roseway fell on hard times before a 2008 rescue by new owner Greg Wood, who restored the art deco aesthetic, arranged first-run distribution, renovated the seats and projection, and married top-of-the-line digital presentation to independent pricing.