When Portland's Asian-immigrant populations began getting priced out of historic Chinatown, many of the businesses migrated far away to a strip of Southeast 82nd Avenue. Though first glance reveals a seemingly endless drag of car dealerships, vape shops and grim strip malls, further investigation 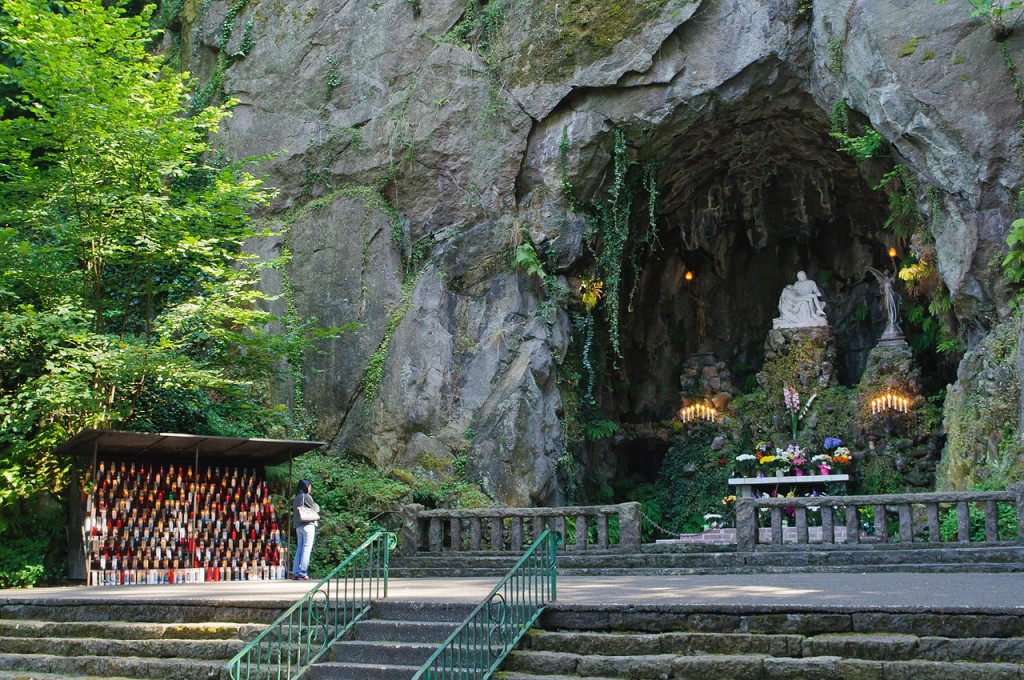 Regardless of religious affiliation or thoughts on the divine, it's hard not to feel a sense of awe at the Grotto, a national Catholic shrine spread across 62 acres of towering trees, verdant flora and a 110-foot basalt cliff. Carved within the cliff is the grotto itself, with an altar harboring a replica of Michelangelo's Pietà. Take the elevator to the top of the cliff and follow the paths through the botanical garden-like setting, featuring statues and carvings depicting saints and the Stations of the Cross. A floor-to-ceiling wall of glass in the cliffside Meditation Chapel offers a stunning panoramic view of the Columbia River and Mount St. Helens and exemplifies the Grotto's description as a place of solitude, peace and prayer. 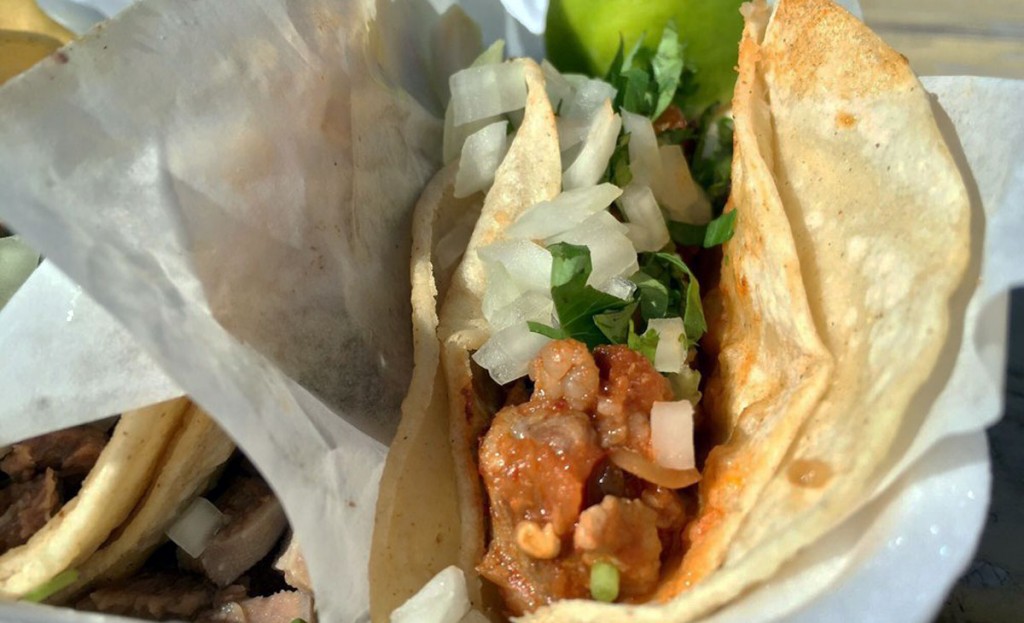 La Catrina probably would've remained a taco truck known only to the neighborhood were it not for the torta—a massive sandwich that seems to consist only of meat and bread, with "hints" of tomatoes, onion and guacamole. $.

Order whatever you're curious about at the city's best hot-pot spot. Toss everything into the broth, be it the Radio Flyer red spicy or the milky mild, and pull it out once it's cooked and flavored. Rinse and repeat until you're full. $.

Now the busiest of all 82nd Avenue dim sum-eries, HK's must-gets include the shumai, taro balls and the chilled tripe, squeaky clean and well-seasoned. Our favorite from the extensive dessert menu is the pineapple egg-yolk buns. $-$$.

Portland's only Cambodian-oriented restaurant is as much bar as bistro, with a chili hot wing challenge, house beef jerky and sports on the TV screens. You'll find some of the most fun among the soups, like the joint's take on Laotian favorite khao soi, spicy and swirling with coconut and chili. $. 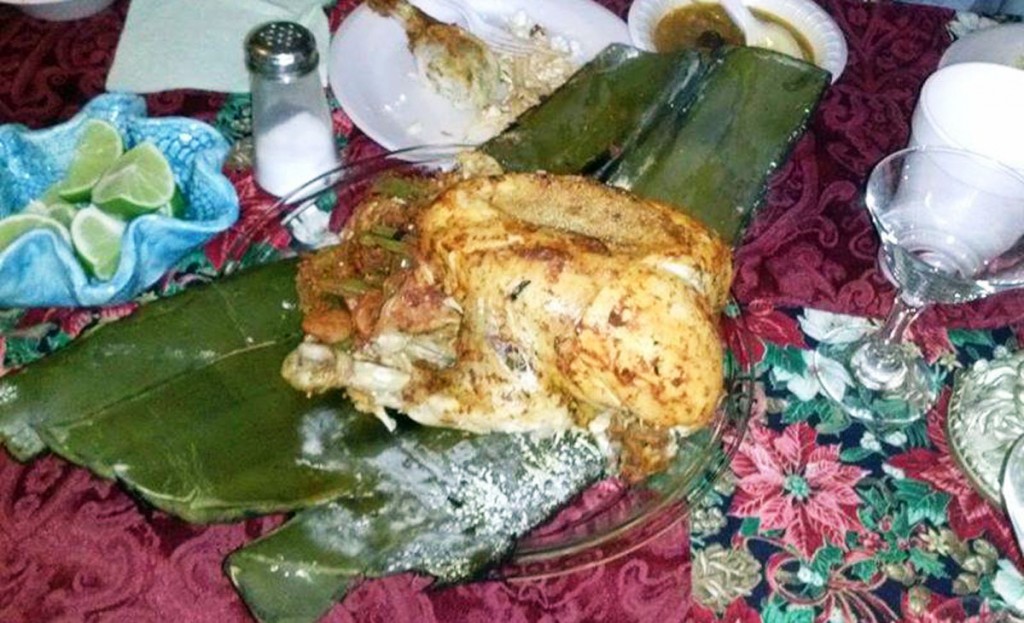 Abuelos is devoted to the food of central-Mexican state Hidalgo, with rarely seen items like corn smut and thick-fried corn-masa tlacoyos. Take the cart at its word and buy some of Grandpa's barbacoa recipe—the tender, sweet and spicy slow-cooked pork comes by the pound and in taco form. $.

Places where you order seafood by the pound can be kind of scary, but this Vietnamese-run Cajun transplant delivers high quality in generous quantity. Here, everything from the main event—tender crawfish—to routine sides like the earthy, complex dirty rice delivers. $. 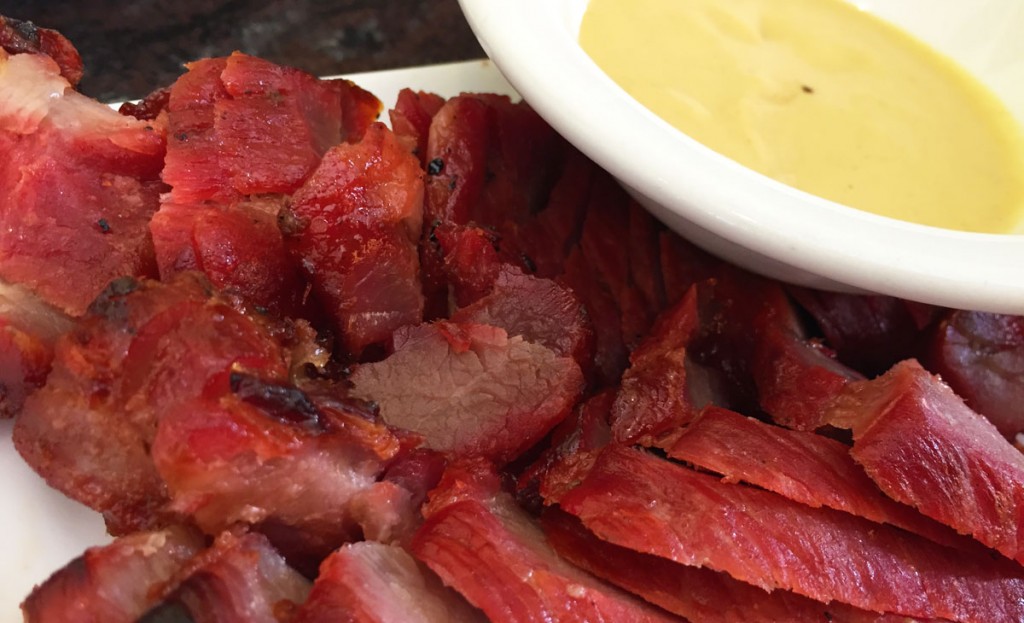 No other restaurant in Portland approaches the mastery of rice on display at spartan, brightly lit, no-frills Pure Spice Chinese Restaurant. Each rice noodle plate comes delicate as flower petals, layered like filo and flavored gently with chive and scallion or the bitter tang of almond. $. 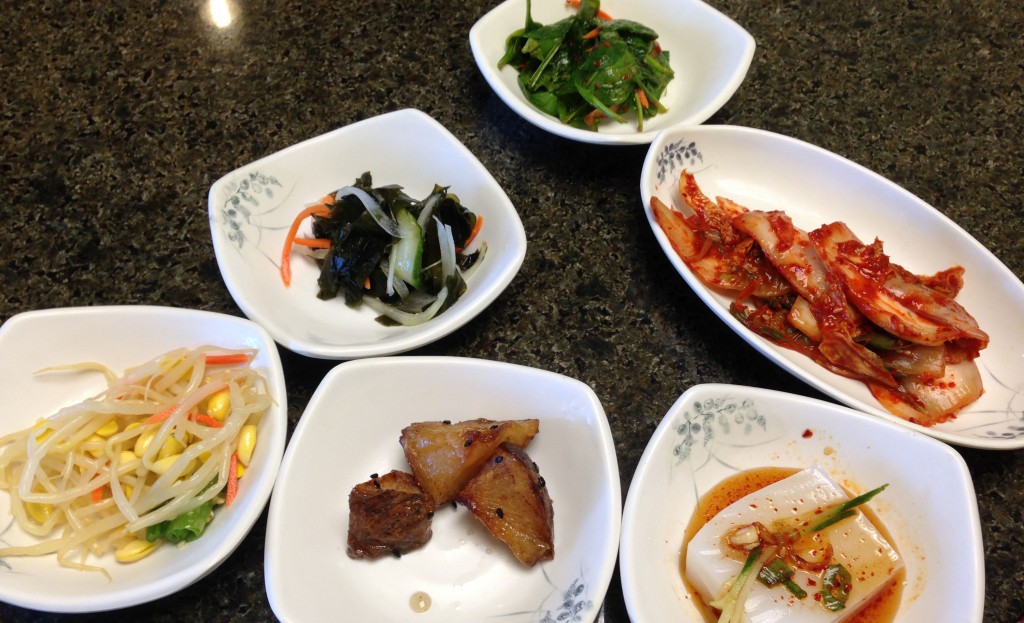 Beaverton might be the capital of local Korean food, but for eastsiders, the Fubonn shopping center is much more accessible. You can wave in tofu dishes by the dozen or stick to standards such as the thinly sliced beef bulgogi—good enough to feed two, including a hungry teen. $.

You will be asked only one question: chicken or beef? There is no wrong answer, but the chicken pho is a pure and rich chicken-stock stuffed with noodles and bone-in chicken, like something your grandmother would try to inject you with as a cure for the flu. $.

If the Cartlandia super pod is like its own small city, the Blue Room is its neighborhood bar. Boasting 18 taps, a full-service bar, six TVs, live music most nights and more than two dozen dining options mere feet away, you could never leave and make a run for mayor of Cartlandia.

Equal parts endearing dive and reinvigorated craft-beer bar, The Lion's Eye is a nondescript concrete block with painted faux brick and a sign that simply says "Tavern." But inside is all you could ever want from a neighborhood bar, with pool tables, pinball, a serviceable back patio and a solid beer list heavy on local brews.

From blues bar to rock dive to, inevitably, strip club, the Stein Haus is now a German beer bar from the same folks who brought you the excellent Roscoe's. Offerings range from the German-style beers of local breweries to the real deal, plus German-inspired fare and plenty of lederhosen.

A visit to Fubonn is a rite of passage for new movers to Portland. The imposing shopping center is the Asian answer to a Fred Meyer supercenter, a place where you can pick up a chicken (or chicken feet) for dinner along with a marble statue of a dolphin for the lawn. If you can't afford a trip to Asia, a trip to Fubonn is a cultural experience in and of itself.

Inside the massive Hong Phat Food Center, a tropically tinged produce section with everything from lotus root to lychee sits at one end, while a café and deli serving up lattes and pork steamed buns flanks the other. In between, towering aisles are stocked with anything that could possibly be pickled and every size, shape and style of noodle produced.

Whether you need some steel-toed boots for your construction job or just desperately need a pair of Danners to fit in with the cool kids, Al's (which has been operating locally for five decades) has you covered. Well, your feet anyway.

Established in 1888 by the Lents Family, the historic Multnomah Park Cemetery is both a walk in the park and a stroll through Portland history. Spread over nine acres (and closed to any further burials), the cemetery offers intrigue to both the casual historian and the spooky séance seeker.